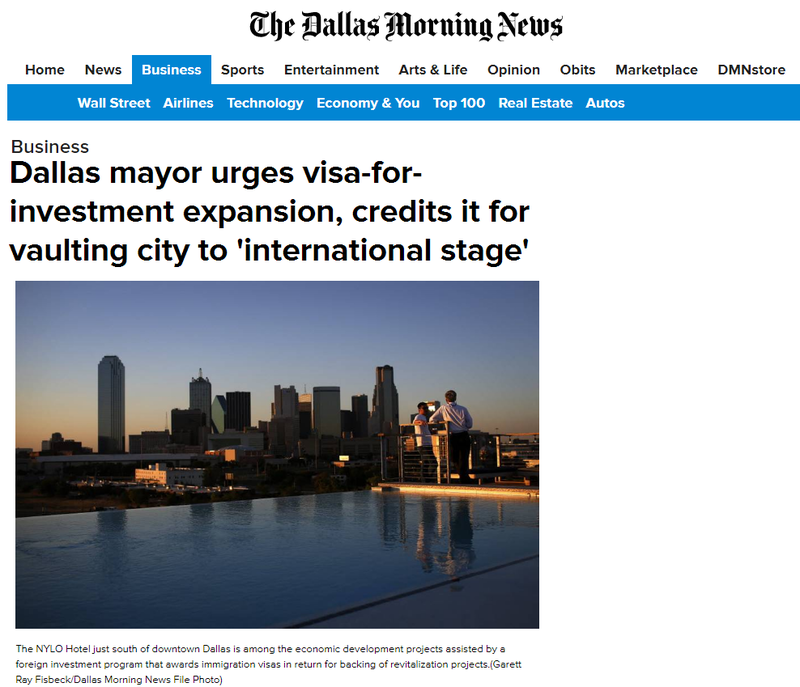 Dallas Mayor Mike Rawlings is urging Congress to reauthorize and expand the controversial EB-5 program that gives wealthy foreigners immigration visas in exchange for $500,000 business investments in the United States.

The Employment-Based Fifth Preference is set to expire Sept. 16 and Rawlings is one of the big city mayors co-sponsoring a U.S. Conference of Mayors resolution requesting renewal of the program.

The mayors' group says EB-5 "has become a vital source of urban redevelopment funds, and mayors are working with private parties to use EB-5 foreign direct investment to finance job-creating projects and downtown revitalization."

In Dallas, Civitas EB-5 Capital has raised $500 million in foreign investments to fund apartments, hotels, offices and restaurants in and around downtown. 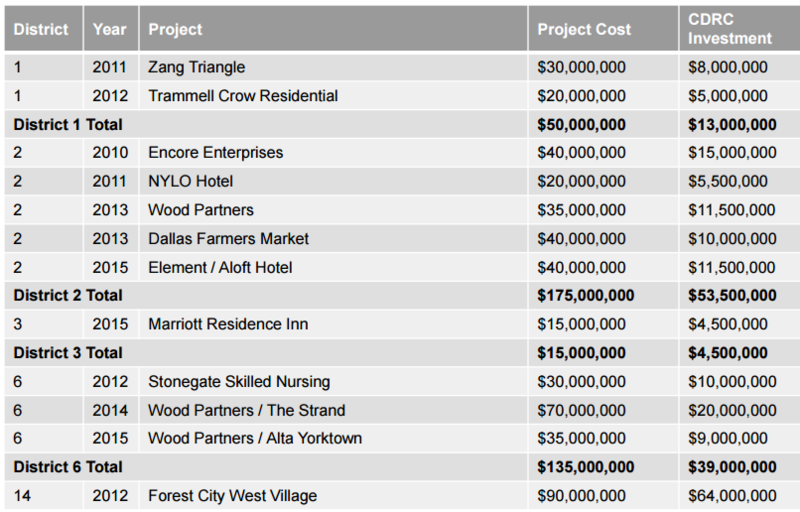 "This is the sort of development you want in your city," Rawlings said in an interview. "Our saliency on the global market today is much higher than it ever has been -- because of programs like this."

But the EB-5 initiative has its critics. The Texas non-profit Urban Equality NOW sued the Department of Homeland Security last year to block financing of an upscale hotel-convention center in Laredo. Ongoing congressional debate over EB-5 has highlighted nationwide fraud allegations and objections to funding for tony city centers.

"Despite clear congressional intent to spur immigrants to invest and create jobs in the areas of greatest need," Sen. Chuck Grassley, R-Iowa, said earlier this year, "the [Department of Homeland Security] has routinely allowed EB-5 money to be invested in projects in affluent urban areas with low unemployment and little shortage of available financing."

Some lawmakers, including Sen. Dianne Feinstein, D-Calif., have advocated abolishing the program entirely, saying "the right to immigrate should not be for sale."

Rawlings said EB-5 investment in Dallas, through the city's partnership with Civitas, has benefited residents from every walk of life.

He credited EB-5 investment with putting Dallas "on the international stage in a big way," noting that its metro area has led the nation in job growth, along with New York's, since 2009. He said Washington should be "making sure we get gasoline in this car to keep it going."

Rawlings' resolution for the Conference of Mayors requests that reform "maintains the ability to deliver job-creating capital to urban areas, includes permanent authorization of the regional center program, avoids retroactive application of new law on matters already filed, allows for economic impact models to be used in measuring job creation, improves processing systems to address backlogged petitions, streamlines approvals for all applications, and enhances program integrity measures through improved reporting requirements and oversight that is not unduly burdensome."

The resolution was cheered by Angel Brunner, a spokeswoman for the EB-5 Investment Coalition. In a statement, she singled out Rawlings and Mayor Steve Benjamin, a Democrat from Columbia, South Carolina, for their co-sponsorship of the measure.

"Mayors from all across the country have seen firsthand the benefits of EB-5 in revitalizing communities through job creation," Brunner said. "The program is all the more vital given the recent slowing of capital markets. Banks are lending less, which increases the need for EB-5 even more."

She said she is optimistic "the broad and deep support from elected officials at every level of government, on both sides of the aisle, will help ensure reauthorization of the EB-5 program" with "common-sense reforms."