UND Center For Innovation Foundation Regional Center was among the first entrepreneur outreach centers in the nation when formed in 1984. The Center provides assistance to innovators, entrepreneurs, and researchers to launch new ventures, commercialize new technologies, and secure access to capital from private and public sources.

The Center manages two tech incubators in the UND Tech Park, provides SBIR outreach to the state's tech community, helping more than 40 companies secure more than $30 M in SBIR awards, the top source for seed capital for tech entrepreneurs. Since 2006, the Center for Innovation Foundation has helped 160 angel investors in launching nine angel funds in North Dakota and northwest Minnesota. These funds have invested  in 43 ventures  which -- with co-investment and syndication -- have resulted in over $26 million of equity investing, an average investment of $600,000 per venture. It is also home to the only fully student managed venture fund in the nation where students make the actual investment decisions, Dakota Venture Group.

The UND Center for Innovation Foundation is one of the premier venture development organizations in the United States, and has been ranked as one of the top entrepreneur centers in the nation by such entities as Entrepreneur magazine, NBIA, SSTI, EDA and SBA. The Center for Innovation has received 14 national and international awards for excellence, and is one of just seven entrepreneur centers nationwide that has been featured by the Regional Innovation Acceleration Network (RIAN) for best practices and outstanding performance of venture development organizations. Six times UND has been ranked in the top 1% of entrepreneur programs out of 2300 nationwide by Princeton Review and Entrepreneur magazine. Since 2006, the incubators received the “Soft Landings International Incubator” certification from NBIA, one of just 25 incubators worldwide, and among the first six. In 2013, the Center for Innovation Foundation was awarded the Excellence in Technology-Based Economic Development (TBED) Award from the State Science and Technology Institute's (SSTI), a national organization that leads, supports, and strengthens efforts to improve state and regional economies through science, technology and innovation. 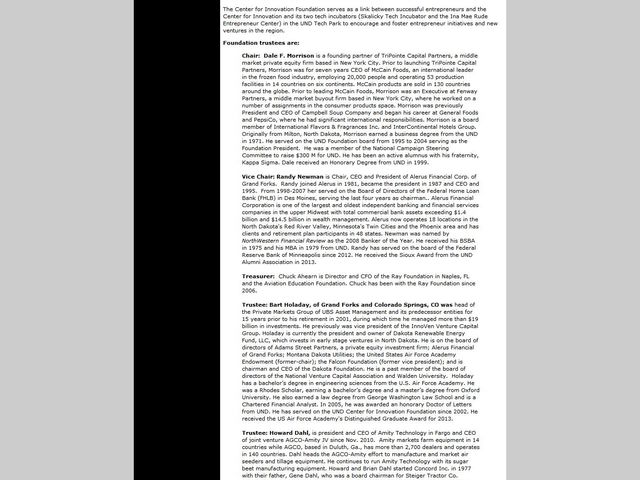 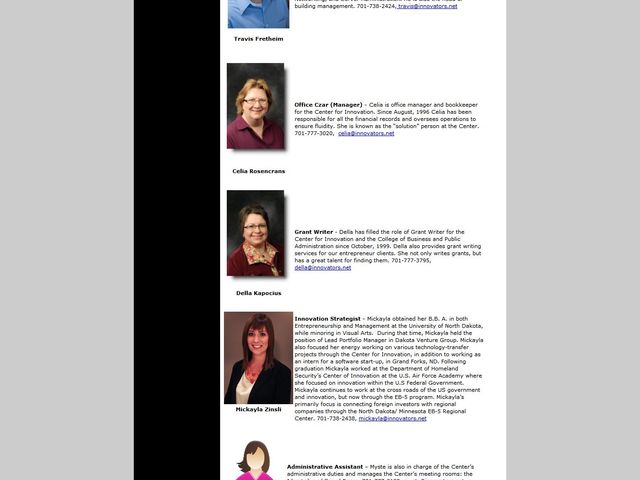 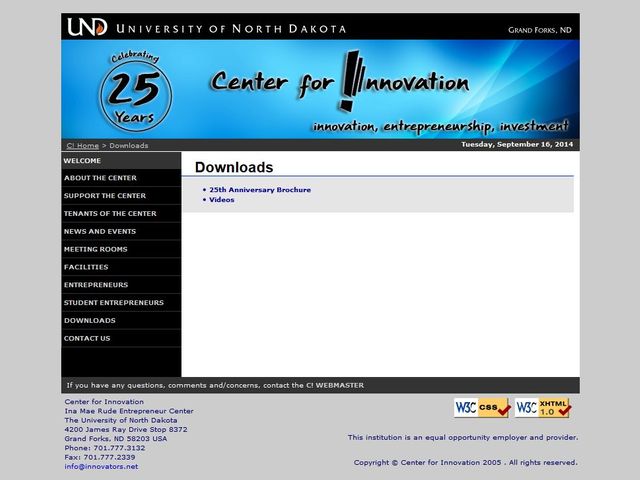 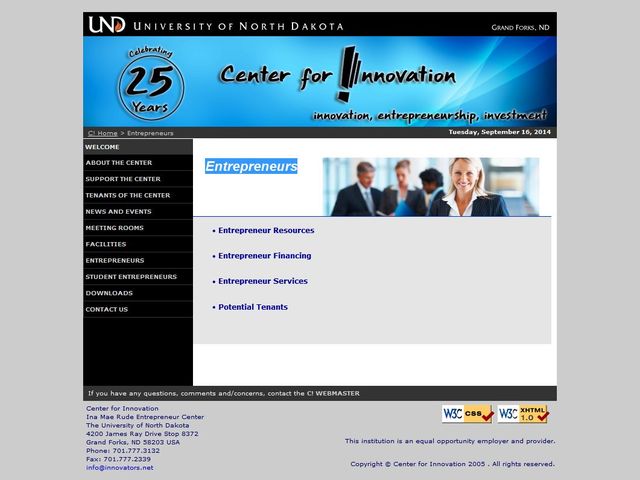 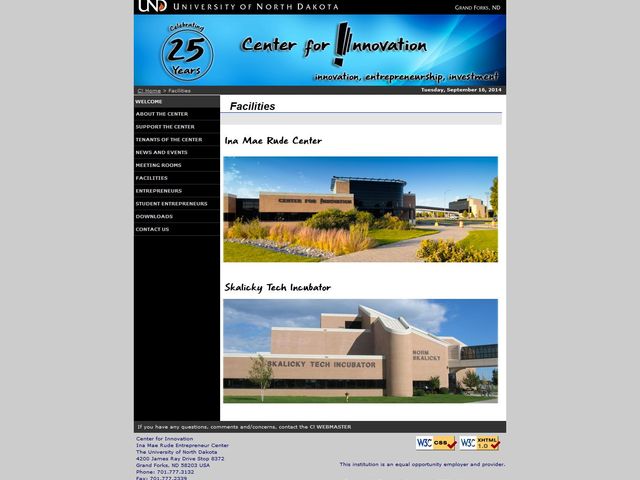 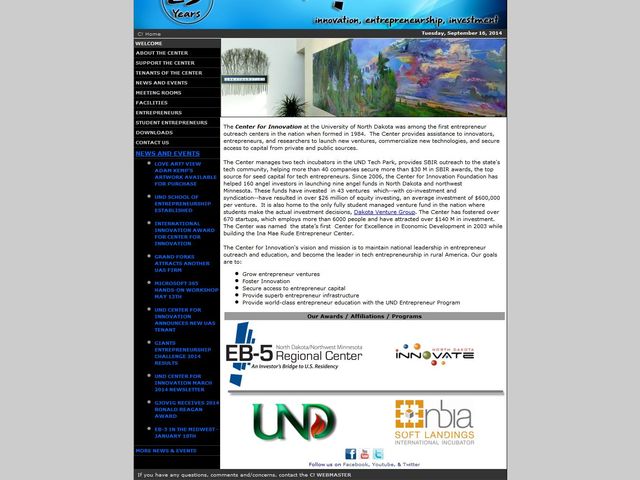 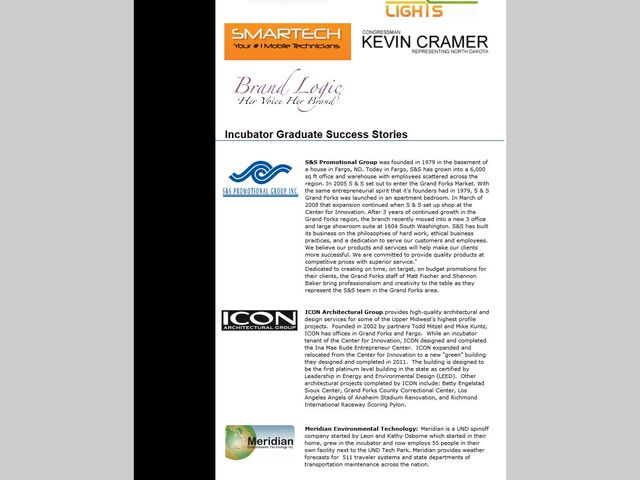 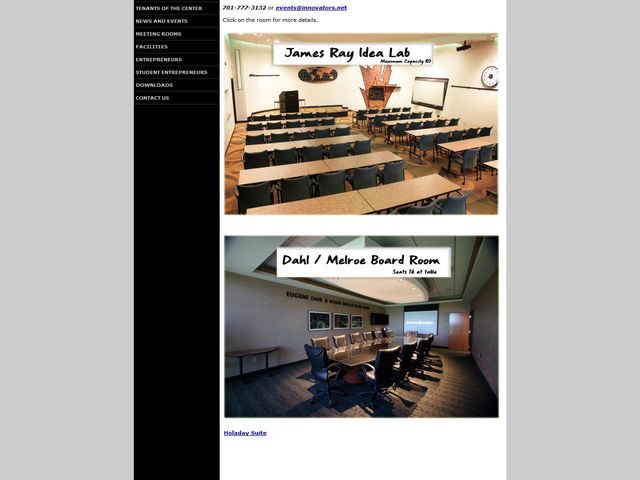 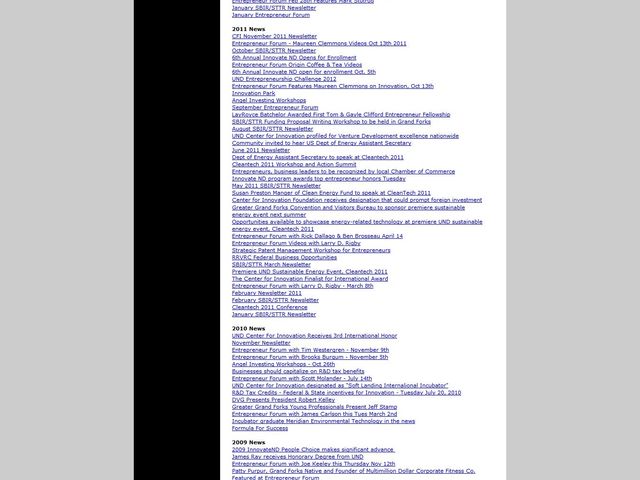 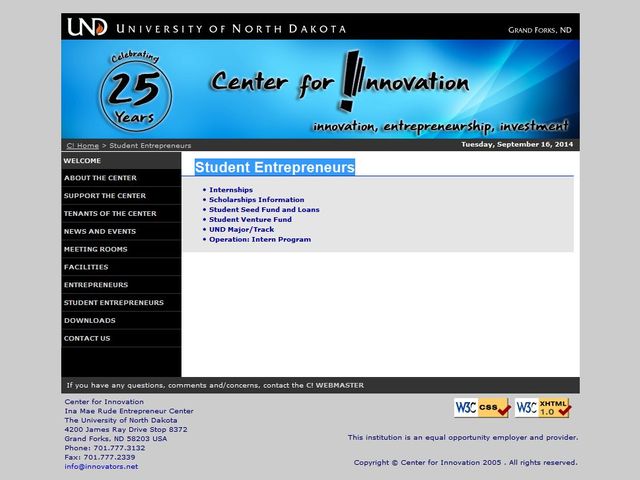 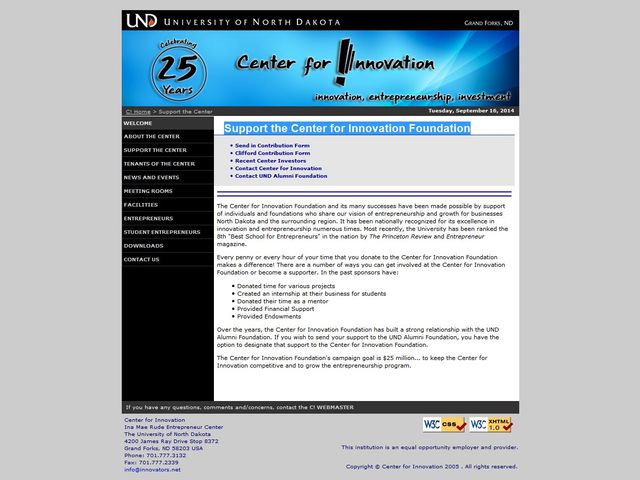