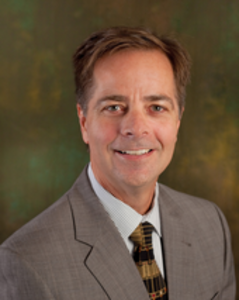 Lincoln Stone is a Certified Specialist in Immigration and Nationality Law as recognized by the State Bar of California Board of Legal Specialization. Lincoln also is recognized as a preeminent immigration lawyer by peer-based ratings such as Best Lawyers in America andSuper Lawyers publications. Lincoln’s experience as a lawyer dates back to 1986 and includes a federal court clerkship, work as a trial attorney with the U.S. Immigration and Naturalization Service, and private practice in immigration law, business transactions and litigation.

Lincoln is renowned internationally as an expert, speaker, and author in the complex area of immigration law concerning investors and entrepreneurs. His private sector clients include thousands of high net worth individual investors from all over the world, entrepreneurs and start-up enterprises, as well as U.S. businesses and venture firms that have raised more than $3 billion in some 100 different job-creating enterprises through the EB-5 immigrant investor program. He is Editor-in-Chief of three editions of the book Immigration Options for Investors and Entrepreneurs. From 2007 to 2012 Lincoln developed, chaired, and organized nine highly successful EB-5 investor visa conferences held for lawyers throughout the country. Lincoln served more than a decade, and five years as Chair, for the American Immigration Lawyers Association (AILA) EB-5 Investor Visa Committee. He received two individual President Commendations for his contributions to AILA and advancing the practice of EB-5 investor law.

The diversity of Lincoln’s immigration practice and that of the law firm involves counseling U.S. employers on compliance issues and maintaining an employment-eligible workforce. Representative clients include both closely-held and publicly-traded companies engaged in business spanning a broad spectrum of the economy. Lincoln has represented scientists, researchers and scholars, and other clients with extraordinary ability.  Lincoln also has represented clients in immigration and federal courts.

Lincoln contributes to the volunteer professional work of various groups. He has served as Chair of AILA’s National Committee on Pro Bono Services and as Chair of the Immigration and Nationality Law Advisory Commission of the State Bar of California Board of Legal Specialization. Twice, AILA awarded President Commendations for Lincoln’s leadership of national pro bono efforts. The Esperanza Immigrant Rights Project of Catholic Charities also recognized Lincoln with awards for his commitment to delivery of pro bono legal services to the indigent.