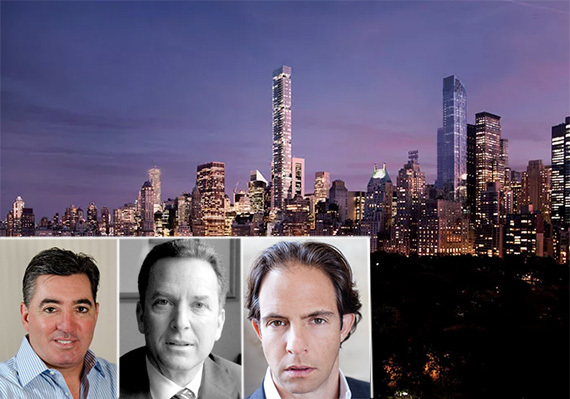 New York’s luxury condo developers are getting a fresh dose of Chinese cash, courtesy of the EB-5 program.

The fundraising highlights the growing importance of Asian capital in financing major construction projects in Manhattan. A prime example is 125 Greenwich, for which Mastroianni just began raising $175 million through the EB-5 program. Last year, Howard Michaels’ Carlton Group arranged $240 million in equity and debt financing for the condo project, with the bulk coming from an Asian lender group led by Singapore’s United Overseas Bank. The deal also included a $40 million investment from Indian pharmaceutical tycoon Dilip Shanghvi. If the U.S. Immigration Fund manages to raise the planned $175 million, the bulk of the 77-story Financial District condo project will be bankrolled by Asian capital.

And 111 Murray in nearby Tribeca, developed by Fisher Bros., Witkoff and Howard Lorber, is also getting a fat chunk of cash from the far east. Mastroianni said he has raised $175 million in mezzanine funding for the project through the EB-5 program. This comes on top of the $229 million in equity Chinese investment firm Taiping Asset Management pumped into the project. In total, the planned 58-story condo tower is getting more than $400 million in Chinese capital.

Witkoff declined to comment. SHVO and Fisher Brothers did not respond to requests for comment on short notice.

The EB-5 deals are part of a wave of foreign capital funding New York’s luxury condo boom. As The Real Deal reported in May, many of the tallest condo projects are being financed primarily by overseas firms. The Bank of China, for example, lent Vornado more than $1 billion for its condo project at 220 Central Park South.