Greater New York Regional Center (GNYRC) was established by F&T Group, one of the most prominent Chinese real estate developers in New York City. Based in New York with satellite offices throughout China, F&T Group has built an excellent reputation over 30-years represented by a highly diverse portfolio of successful large-scale projects in both the U.S. and abroad.

GNYRC was formed with the purpose to promote local economic development, create new jobs for the public and secure financing for real estate developments throughout New York metropolitan area.

GNYRC is a USCIS designated regional center and its current EB-5 immigration program offerings are all within government-approved targeted employment areas (TEA). 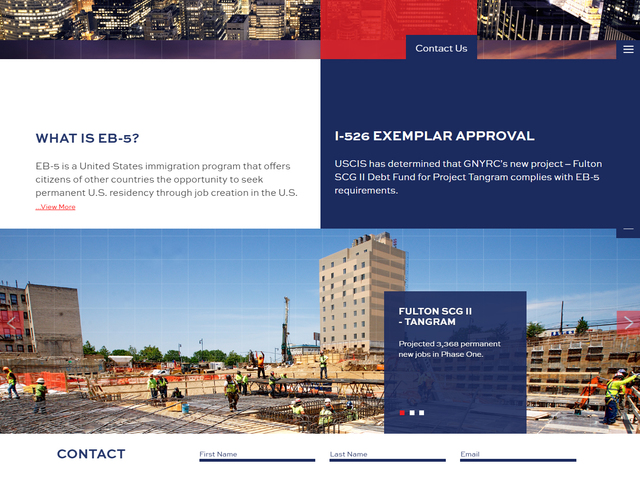 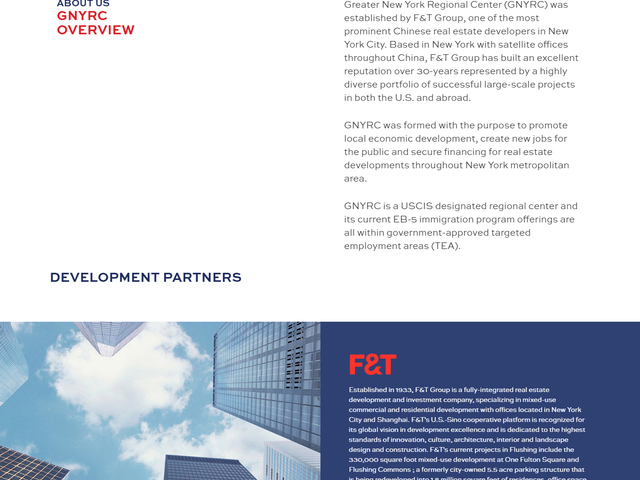 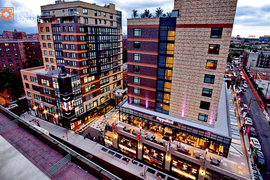 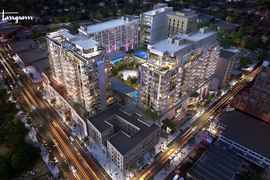