America Commonwealth Regional Center, LLC (ACRC) is a Virginia limited liability company pursuing EB-5 Regional Center approval with the USCIS. ACRC is located in McLean, Virginia; a community located within the Washington Metropolitan area, where creativity and innovation are encouraged. It is approximately ten miles west of Washington, DC, just outside the I-495 beltway. Located between the George Washington Parkway and the town of Vienna, McLean, it is known for its many upscale homes, as well as its high-end shopping, such as the nearby Tysons Corner Center and Tysons Galleria. McLean is home to many diplomats, members of Congress, and high-ranking government officials, partially due to its proximity to Washington, D.C. and the Central Intelligence Agency. As part of Tysons Corner, McLean is also home to large office complexes and large companies such as Mars, Geebo, and ServInt. The location allows ACRC to get exposure to local and national business leaders in order to identify and develop potential capital investment projects under the EB-5 program. 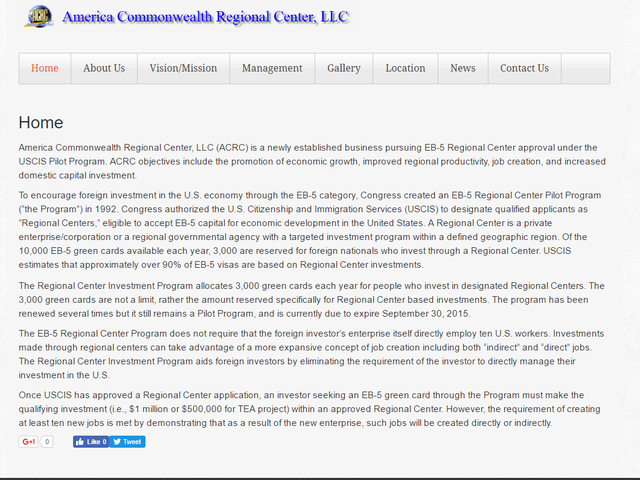 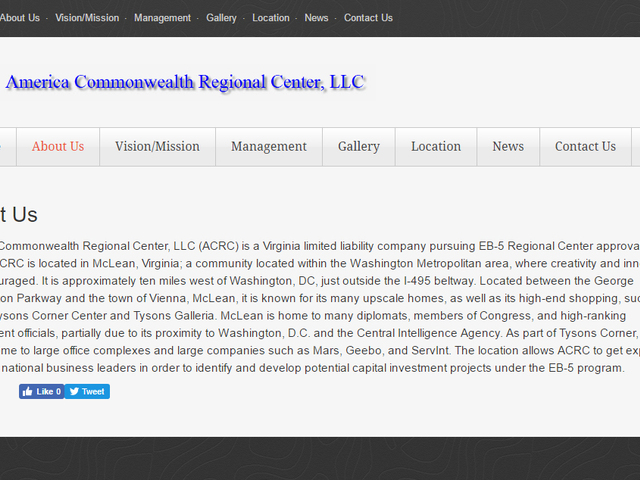 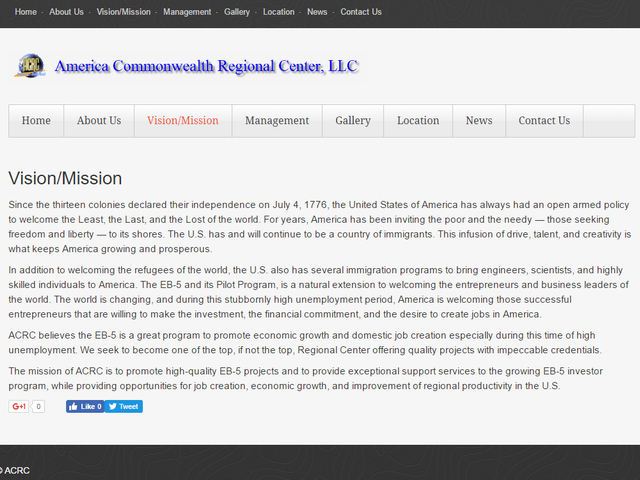 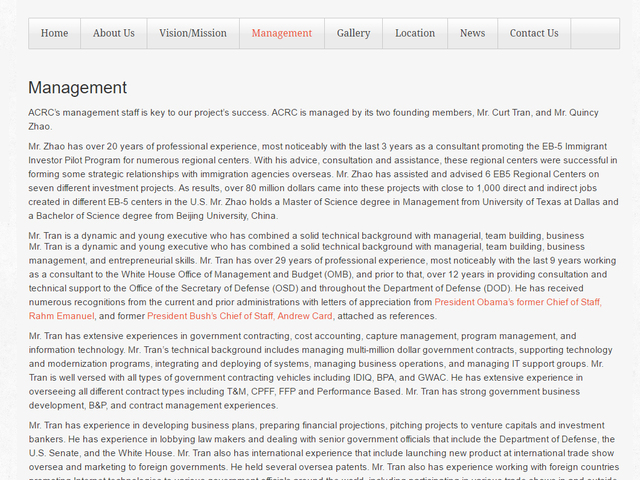 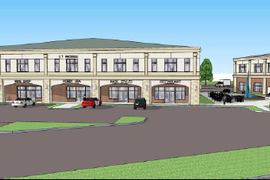