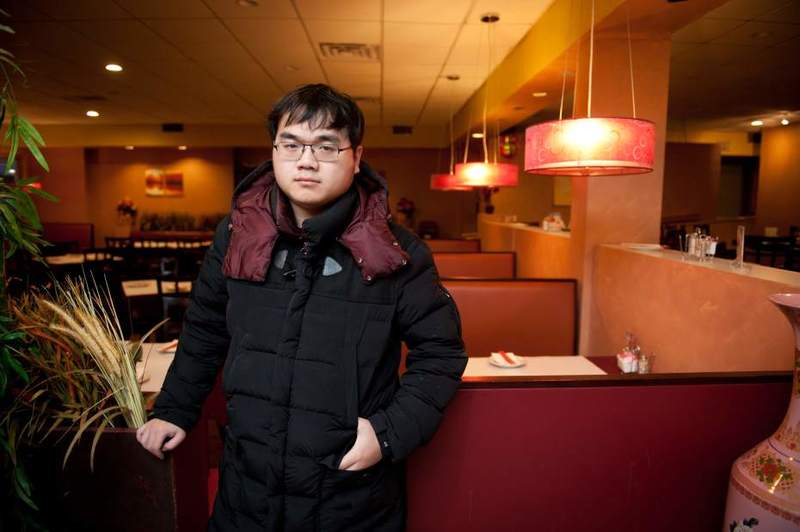 The Pennsylvania Turnpike is joining a controversial federal program that has exploded in recent years largely with Chinese investors who trade investments for highly sought green cards.

A turnpike contractor is in the midst of signing up 400 wealthy Chinese investors at $500,000 each to help finance construction of a long-awaited connection between the toll highway and Interstate 95 through the federal government's EB-5 immigration program. The foreign money will essentially act as a $200 million loan on the $420 million project outside of Philadelphia.

Turnpike Commissioner Pasquale Deon Sr. suggested the idea as a way for the agency, mired in $10 billion of debt, to get cheaper financing. Turnpike officials say the agency will pay back the investors over 30 years at about 2 percent interest, saving about $35 million in borrowing costs.

If cleared by U.S. Citizenship and Immigration Services, the investors would be granted green cards for themselves and their families.

“If it works well, it could be used for projects like the Mon-Fayette Expressway and the Southern Beltway,” Deon said. “We sell bonds every year at the turnpike. Those bonds can be bought by anyone, including the Chinese government. So if we can save ($35) million, what's the difference?”

The visa program is little talked about in the United States but is widely known in China, fundraisers say. Congress established EB-5 visas in 1990 to stimulate the economy through job creation and capital investments by foreign investors.

Interest in the program has grown rapidly. The Department of State in 2013 granted 8,564 EB-5 visas, the most ever, with more than 80 percent of them going to investors from China.

The investors contribute a minimum of $500,000 to a project that will yield at least 10 permanent jobs. The projects and investors are vetted by Citizenship and Immigration, an arm of the Department of Homeland Security.

“It seems to be tailor-written for the Chinese,” said the Rev. John Sawicki, a Duquesne University political science professor. “Why are they so interested in having a visa to come to the U.S.? It gets back to that the U.S. is No. 1 in the world for possession of real assets. Past a certain point, return is not as important as security.”

Sawicki pointed to programs such as work visas and other visa allowances that give people with special skills quick access to the United States.

“Can you imagine industry if it didn't have foreign engineers, foreign doctors? This is essentially the same thing,” Sawicki said.

Squirrel Hill businessman Zhong Zhuang, 31, is among the Chinese EB-5 investors waiting for a green card. He is a student at the University of Pittsburgh working toward a master's degree, but his student visa expires in a few months. He has invested $500,000 in an apartment building project in Montana to fulfill his EB-5 requirement but has been waiting 16 months for his green card.

“I used an agent in China. There are many, many companies there that find projects,” Zhuang said. “The program has been very popular in China since 2008. People started to get more money in those years. Education and hospitals — those things aren't as good in China as they are in the U.S.”

His Montana investment will net him only a 0.5 percent return, but it's worth it for the green card, he said. In the meantime, he has started two businesses locally: Sichuan Gourmet restaurant in Squirrel Hill and KBOX, an Oakland karaoke bar. His father owns manufacturing companies, and his mother is an electrical engineer, both in China.

“They want me to have the option to stay in the U.S. because I have my businesses here,” Zhuang said.

Critics characterize the EB-5 visa as a pay-to-stay program that gives the rich a place in line ahead of others coming to the country.

“As a policy position, I don't think it's a good thing to sell visas to anyone, and that's what this is,” said David North, senior fellow at the Center for Immigration Studies in Washington. “A number of countries do it, and obviously, Congress decided to here. Typically, the (investors) are recruited in China because that's where restless and nervous millionaires are, and it gives them and their kids an option if things go bad in China.”

North said the program lacks oversight. He pointed to several EB-5 connected scandals, including ones in Chicago and South Dakota in which companies or agencies that acted as middlemen acted improperly. In Chicago, a federal grand jury this year indicted a man for swindling immigrant investors out of millions.

“It's a program dealing with economic development that's in the wrong agency. If it's a program that's dealing with finances or investments, it probably should be in the (Securities and Exchange Commission) or the Department of Commerce,” North said.

Zhuang had his own initial investment problems. He gave a $110,000 down payment to a local developer for what he claims was a faulty EB-5 project. He's suing in Allegheny County Common Pleas Court to get the money back.

“There are a lot of bad people trying to take advantage,” Zhuang said.

More is on the way. The planned $410 million Newbury Complex in South Fayette is soliciting about $31 million in EB-5 money, through the Pittsburgh Regional Investment Center, a part of the nonprofit economic development Idea Foundry in Oakland. Idea Foundry CEO Mike Matesic acknowledged investors are primarily interested in green cards and not investment returns.

“We are competing for EB-5 money from other projects across the country,” Matesic said. “This creates jobs, and these investors are all meeting a level of scrutiny. They're bringing wealth to this country, their families, and they're taxpayers. It's a win-win. There's an insufficient amount of capital in the U.S. It's using foreign money to pay for infrastructure.”

Matesic said, “It does look like you're buying your way in if you have the money, but there is a limit, and there are many other doors to come into the U.S.”