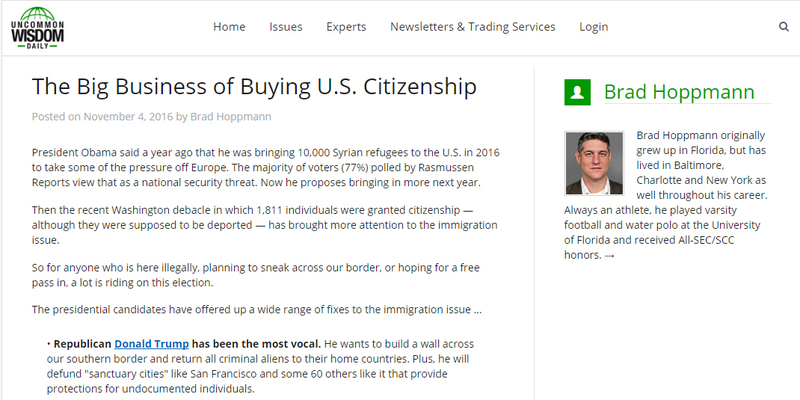 President Obama said a year ago that he was bringing 10,000 Syrian refugees to the U.S. in 2016 to take some of the pressure off Europe. The majority of voters (77%) polled by Rasmussen Reports view that as a national security threat. Now he proposes bringing in more next year.

Then the recent Washington debacle in which 1,811 individuals were granted citizenship — although they were supposed to be deported — has brought more attention to the immigration issue.

So for anyone who is here illegally, planning to sneak across our border, or hoping for a free pass in, a lot is riding on this election.

• Republican Donald Trump has been the most vocal. He wants to build a wall across our southern border and return all criminal aliens to their home countries. Plus, he will defund "sanctuary cities" like San Francisco and some 60 others like it that provide protections for undocumented individuals.

• Secretary Hillary Clinton admits the immigration system is broken. Her goals include a faster path toward citizenship, expanding affordable healthcare to all families regardless of immigration status, and ending family detention centers. She has also proposed bringing in more refugees than President Obama recommended.

• The Libertarian Party’s candidate, Gary Johnson, believes we should focus on making it simpler to enter the U.S. legally. He would create a more-efficient system of providing work visas, conducting background checks, and incentivizing non-citizens to pay their taxes.

• Jill Stein from the Green Party is for granting legal status to undocumented immigrants who are already residing and working here, including a fair path to U.S. citizenship. She would pass the DREAM act to allow undocumented students to pursue education and citizenship. And her administration would demilitarize border crossings.

However, if you’ve got the bucks, America will greet you with open arms — regardless of who moves into the Oval Office on Jan. 20, 2017.

Your Ticket to the Front of the Line

Congress created the EB-5 Immigrant Investor Program in 1990 to stimulate the economy through job-creation and capital investment by foreign investors. The intent was to funnel money to poor rural and urban areas that have trouble attracting capital through ordinary lending channels.

Here’s how it works …

You pony up half-a-million bucks for a commercial enterprise in the U.S. that will produce at least 10 permanent full-time jobs.

You might earn a small amount of interest. And like any investment there are risks; you could even lose all your money.

The big payoff, though, is that the U.S. Citizenship and Immigration Services will give you and your family green cards, without all the red tape that other visa applicants must go through. And if the business is active after two years and meets the employment goals, you can apply for permanent residency and eventually citizenship.

There’s only one faster way to become an American, and that’s to marry one.

Since the program started, it has brought more than $13 billion into the U.S. 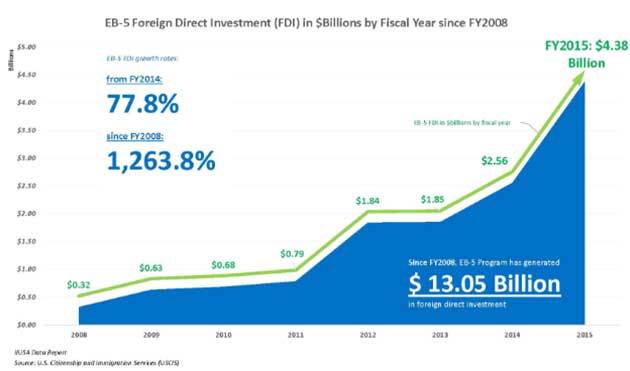 But the program is not without controversy …

Unintended Boon for Wealthiest Parts of our Country

"The incentives Congress created to direct EB-5 investment to rural areas and urban areas plagued by high unemployment have been abused."
Leahy and several others in Congress howl that EB-5 investments have become an easy source of capital for wealthy developers.

They cite that affluent areas now dominate the program by exploiting incentives intended for underserved areas. It has gotten to a point where a luxury hotel in Beverly Hills qualifies as a distressed urban area.

"Only in the world of EB-5 is Beverly Hills considered economically distressed."

Examples of how EB-5 money is being used for high-end urban projects include partial investments in:

One problem is that there are no reliable records showing the number of jobs created by EB-5 financed projects. 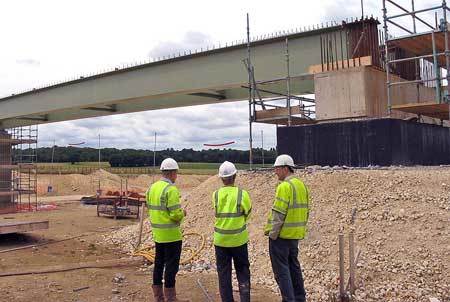 Another is that construction projects, such as the Jay and Burke ski resorts in Vermont, are plagued in scandal over how EB-5 money was spent.

Rep. Bob Goodlatte (R-Va.) had this to say about the direction EB-5 has taken:

"Congress’ goal in creating the investor visa program was to create new employment for U.S. workers and to infuse new capital into the country and to target investments to rural America and areas with particularly high unemployment — areas that can use the job creation the most. Finally, Congress was clear that the goal was not to provide immigrant visas to wealthy individuals."
Foreign corporations have jumped on the EB-5 bandwagon, too …

A Chinese real estate developer built houses in Texas for Chinese nationals who purchase investor-visas to enter the U.S.

Should immigrants be allowed to buy their way into the U.S. as a way to attract foreign investment?

There are some big "pros" …

Seems like a good trade-off to us. Why not give them a special incentive?

Or is there a dark side that clouds this road to becoming an American? …