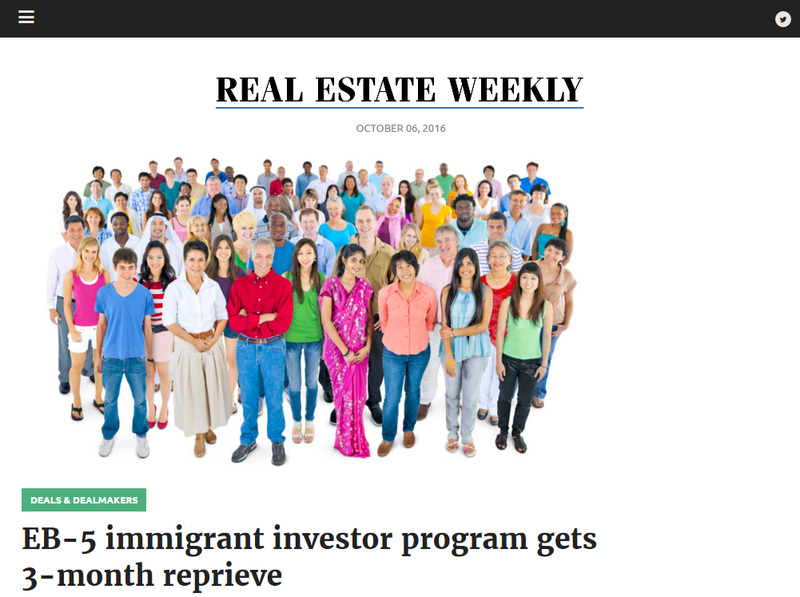 The main part of the EB-5 immigrant investor program has been extended by the Congress until December 9, 2016.

EB-5 offers residency to wealthy foreigners if they invest in job-creating development projects, with a minimum of $1 million, or $500,000 in rural areas.

Since EB-5 was started, it’s funneled nearly $15 billion in mostly Chinese money into construction projects, including the $20 billion Hudson Yards development in Manhattan.

According to a report from the Brookings Institution, the program has created more than 85,000 jobs across the country and generated billions more in business.

Several high-profile fraud cases, however, have leds to call for reform, and outright abolishment of the program.

The national not-for-profit trade association for the EB-5 Regional Center, IIUSA said it was pleased with the stop-gap measure.

Joseph claimed a minimum of $11 billion in community investment and over 220,000 American jobs would disappear if the EB-5 Program lapses, causing immediate negative consequences to U.S. businesses and projects counting on EB-5 investment to create jobs.