In a statement Thursday, the Securities and Exchange Commission alleged that Ariel Quiros, a Florida businessman who owns the Jay Peak resort, and Bill Stenger, president and CEO of Jay Peak, diverted more than $200 million of EB-5 immigrant investor funds for uses other than the projects, including payment of Quiros' income taxes and the purchase of a luxury condominium at Trump Place in New York. 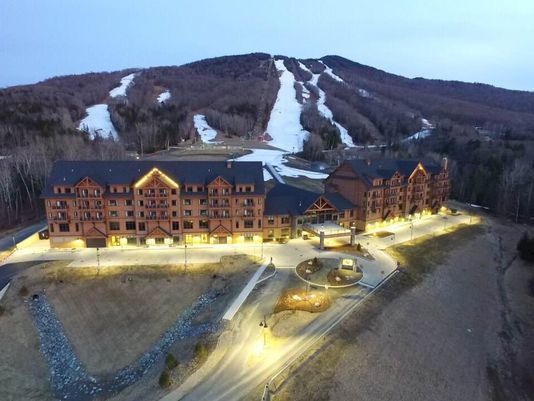 "This is an emergency action the Commission is bringing to stop an ongoing, massive eight-year fraudulent scheme," states the federal complaint, "in which the Miami owner and the chief executive of a Vermont ski resort have systematically looted more than $50 million of the more than $350 million that has been raised from hundreds of foreign investors through the U.S. Citizenship and Immigration Service's EB-5 Immigrant Investor Program."

The SEC called the activity "Ponzi-like" and alleged that Quiros and Stenger made false statements to investors.

Under the EB-5 program, foreign investors contribute $500,000 to a project and may have the opportunity to become a permanent U.S. resident. “The alleged fraud ran the gamut from false statements to deceptive financial transactions to outright theft,” Andrew Ceresney, Director of the SEC’s Division of Enforcement, said in a statement.  “As alleged in our complaint, the defendants diverted millions of EB-5 investor dollars to their own pockets, leaving little money for construction of the research facility investors were told would be built and thereby putting the investors’ funds and their immigration petitions in jeopardy.”

"Quiros orchestrated and Stenger facilitated an intricate web of transfers between the various Defendants and Relief Defendants to disguise the fact that the majority of the seven projects were either over budget or experiencing shortfalls," reads the complaint. "These shortfalls were due in large part to Quiros pilfering tens of millions of dollars of investor money for his own use."

The complaint says one of the projects, the AnC Bio research facility, has from the beginning been "rampant with fraud" and is now years behind schedule.

Federal investigators allege that Quiros and Stenger made "bogus claims" to investors by saying they had applied for Food and Drug Administration approval for the facility's biomedical products, such as artificial organs and a liver replacement device.

In fact, the businessmen had failed to submit any products for FDA approval, according to the documents.

"Quiros has secretly used most of the money raised for the research facility's construction to pay off and pay down a margin loan and to misappropriate approximately $30 million for his own use," the complaint states.

The 52-count complaint was unsealed Thursday at federal court in Miami. The court appointed a receiver over the companies "to prevent any further spending of investor assets," according to the release.

“This is obviously a difficult day for Vermont and for the many people, myself included, who are so invested in growing jobs and economic opportunity in the Northeast Kingdom," Gov. Peter Shumlin said in a news conference at the Statehouse in Montpelier, flanked by the state's top regulatory officials.

The state has filed civil action against Quiros and Stenger similar to the SEC's allegations, according to a governor's office news release.

Shumlin credited his administration's action as leading to the investigation and brushed off suggestions that state government should have acted sooner.

The state Department of Financial Regulation began an in-depth financial investigation into the projects at Jay Peak in January 2015.

“We allege that since 2008, the defendants have defrauded hundreds of millions of dollars from hundreds of investors,” Department of Financial Regulation Commissioner Susan Donegan said in a statement.  “The duty of my Department is to ensure that Vermont’s securities laws are followed, and that investors are protected.  We are committed to ensuring that justice is served, and will continue to work closely with our federal partners as this matter proceeds.”

Eric Miller, U.S. Attorney for Vermont, said in a statement that his office is investigating potential violations of federal criminal law.

"We have been aware of the state and SEC civil enforcement efforts made public today," Miller said in a statement. "My office has been conducting, and continues to conduct, an investigation designed to determine whether or not there have been violations of federal criminal law in connection with EB-5 projects in the Northeast Kingdom."

The ski resort will remain open and jobs will remain, according to state officials.

State officials including the governor and attorney general are set give an update today to discuss developments at Q Burke resort in the Northeast Kingdom, where an investigation by an unnamed agency was launched Wednesday afternoon.

Attorney General Bill Sorrell said Wednesday evening the state was not surprised by the investigation, but he declined to give any details.

Details of the news conference still were being worked out late Wednesday, Sorrell said, but he expected the briefing to occur between 11 a.m. and 1 p.m. at the Statehouse.

The Q Burke Hotel, a separate entity from the resort, has been under intense scrutiny by the state Department of Financial Regulation for the past year, along with the hotel's co-general partners, Ariel Quiros and Bill Stenger.

The $50 million hotel was built using money from foreign investors under the federal EB-5 program. Foreign nationals investing $500,000 in projects in economically depressed regions of the country receive conditional green cards through the program. The cards can become permanent, offering U.S. residency, if the project creates a specified number of jobs.

Beginning in July 2015, the Department of Financial Regulation required all EB-5 money raised for the project to be placed in an escrow account until the department determines the money can be released. Bill Stenger has complained the state has been slow to release funds, creating a situation where the prime contractor, PeakCM Construction, has not been paid in a timely fashion.

The state has responded by saying Stenger and Ariel Quiros have failed to produce all the documents required for the review by the Department of Financial Regulation. As a result, the hotel has yet to open despite being completed, because Jerry Davis, owner of PeakCM, has declined to release the certificates of occupancy until he is paid about $5.5 million he still is owed.

The state also has said the general partners, Ariel Quiros and Stenger, have taken millions of dollars from the project that are "unaccounted for." Stenger told the Burlington Free Press the state's assertion is wrong, and that the partners have reinvested every dollar they've received back into the project.