Are Suspected Criminals, Spies and Terrorists Buying Their Way Into America?

Immigration to the United States has long been one of the most vexing issues for foreign nationals seeking a new life on this side of the American border. But a new ABC News investigation looks at one of the most obscure paths to a U.S. visa and green card -- one being aggressively marketed to wealthy foreigners, and one that whistleblowers say is being exploited by criminals, spies, and possibly even terrorists.

This is the story of the $500,000 Green Card -- a path to legal residency that begins with an offer by a wealthy foreign national to invest half-a-million dollars in an approved project that promises to create American jobs.

Known by its visa designation, the EB-5 program has been booming in recent years. Advocates for the program argue that it is creating thousands of American jobs and supporting a wide range of business ventures that may never have gotten off the ground. Critics say, however, it amounts to buying a visa.

The federal official who oversaw the growth of the program, Deputy Homeland Security Secretary Alejandro Mayorkas, told lawmakers last year that any weaknesses in the program have been tightened. But whistleblowers told ABC News that little has changed since concerns were raised about visa applicants being approved despite being suspected of fraud, money laundering, and in one instance, possible involvement in selling child pornography.

Mayorkas declined requests for an interview for this report, and when ABC News caught up with him, he ignored the cameras and questions altogether. 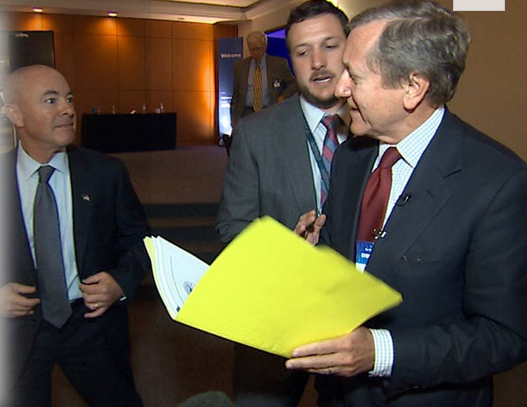 The most serious concerns raised by whistleblowers centered on national security. Internal records show officials inside the Department of Homeland Security had begun looking into the possibility that the EB-5 program was “abused by Iranian operatives to infiltrate the United States.”

Documents obtained by ABC News show that U.S officials had undertaken an investigation of a southern California shipping company, American Logistics International, and its Iranian-born owner, Alireza Mahdavi, for possible illegal shipments to Iran. Even as the investigation was underway, the company was re-certified by U.S. immigration officials as an EB-5 regional center, which entitles it to recruit foreign investors with the promise of a visa, and potentially, a Green Card. The company has raised millions of dollars from foreign investors, many from Iran.

Records show that investigators’ suspicions were aroused in part by the conviction of a one-time business associate of Mahdavi on charges he illegally shipped banned items to Iran. According to the government documents, the man was believed to be “associated with a network involved in a series of international assassination and terrorism operations.”

Company officials said all of the EB-5 investors recruited by American Logistics have been thoroughly checked and cleared by customs agents and that Mahdavi had nothing to do with the wrongdoing of his former associate, who was not affiliated with American Logistics. A lawyer for the company and its owner said neither of them has ever been involved in any terrorist or illegal export activity.

Senator Charles Grassley, the chairman of the Senate Judiciary Committee, who has reviewed cases involving regional centers around the country, told ABC News that he is concerned that the program designed to attract foreign investment has also become a magnet for people suspected of serious crimes, even espionage and terrorism. He said in an interview that some government officials who have publicly expressed confidence in the EB-5 program have shared privately their concerns about the security questions.

“We want jobs in America. But we want the people coming to American [to] be legitimate business people, not coming here with other motives like compromising our national security or to do espionage against the United States as a country or against our corporations,” Grassley said. 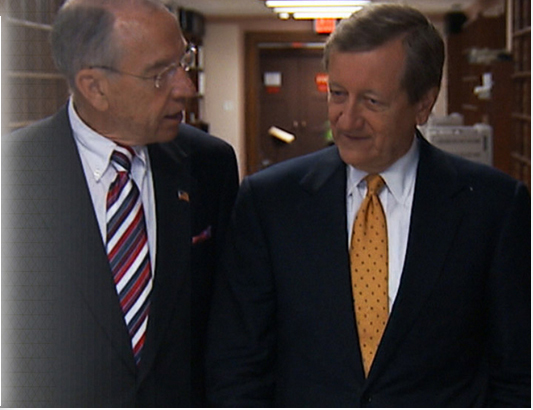 Some of those concerns were outlined in a 2013 report reviewed by ABC News, which indicates that more than 30 of the EB-5 projects had at some point become the subject of a criminal investigation. Various federal agencies have investigated EB-5 regional centers for narcotics trafficking, money laundering, fraud, espionage and other national security concerns. ABC News requested an update on the 2013 report from Homeland Security officials, but did not receive a response.

Advocates for the EB-5 program said that while the visa program had suffered from occasional failures, there were many more successful projects that have been financed through this form of foreign investment. And those projects deserve credit for spurring job growth through some of the toughest years of the shaky economy.

“I don't think we should let a few anecdotes cast a cloud over an entire industry,” said Peter D. Joseph, the executive director of IIUSA, an EB-5 trade group.