Wealthy investors from Brazil, Russia and Vietnam are eager to get a foothold in U.S. 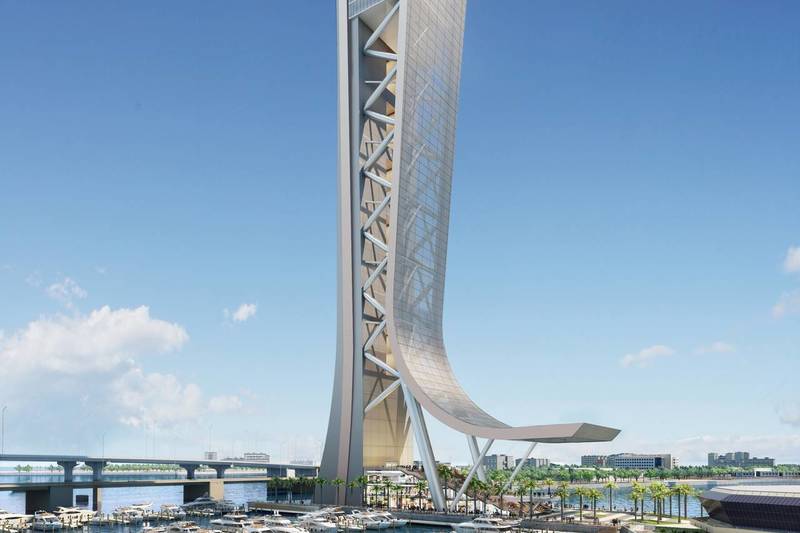 Developer Jeff Berkowitz, who has tapped EB-5 funds for several projects, said he expects to raise 60% of the $270-million price tag for his new Skyrise Miami entertainment and observation tower, shown in rendering, from foreign investors.

A sometimes controversial federal program that offers a fast track to green cards for foreigners who invest in the U.S. is attracting interest from new regions, including countries such as Brazil, Russia and Vietnam.

At the same time, soaring demand from China for the EB-5 immigrant investor program is delaying the processing of applications and the issuing of visas.

Under the program, a foreigner and his or her immediate family are eligible for U.S. permanent residency if the individual invests $500,000 in a project in an area of high unemployment that generates at least 10 jobs. Participation offers a quick path to a green card, in less than a year for some applicants, which can take a decade to obtain through a U.S. employer or relative.

“We have seen markets growing that had not been EB-5 players in the past,” said Peter Joseph, executive director of Invest in the USA, an industry trade organization for the program.

Foreigners in the program channeled nearly $2 billion into construction, the film industry and other sectors such as mining in fiscal 2013, the latest year with figures available. Construction accounts for the lion’s share, including residential building as well as hospitals, hotels and office development.

In all, 10,928 foreigners applied to invest in the U.S. through the program in the fiscal year ended Sept. 30, up more than 70% from 6,346 a year earlier. The program, launched in 1990 to spur job growth, had just 486 applications in 2006, according to U.S. Citizenship and Immigration Services, the agency that runs the program. Along with the growth, some critics say the program benefits richer areas instead of the intended rural and urban poor, and that it amounts to putting U.S. citizenship up for sale.

Carlo Barbieri, president of Oxford Group, a Boca Raton, Fla., consultancy, said there is a new appetite for the program in Brazil. “Three years ago, we’d get two inquiries per semester. Now we’re getting 30 a month.”

Political scandals that have shaken Brazilian President Dilma Rousseff and unsettled the country’s economy are spurring demand, he said.

Like the Chinese, EB-5 investors from other emerging countries tend to be wealthy individuals eager for a foothold in the U.S., often due to concerns about long-term economic and political stability at home.

Return on investment is secondary for many Chinese, who tend to focus on the opportunity to enroll their children in U.S. colleges that eventually can lead to jobs here, experts say, and choose to invest in large projects that are managed by others.

Many Brazilians, on the other hand, have started their own small EB-5 projects, such as assisted-living facilities, day-care centers and restaurant chains. “Brazilians want control over their investments,” said Mr. Barbieri.

From the Gulf region, investors are often Indians who have built lucrative careers or businesses in Dubai but aren’t entitled to citizenship there. The program enables them to settle in the U.S. when they retire.

“They’re looking at EB-5 more as traditional investors,” said Laurie Newton, director of development for Mount Snow ski resort in Vermont, who is raising money in the Gulf region for an expansion project. “It’s not only for their children.” Ms. Newton just traveled to Vietnam to tap interest there.

In Florida, developer Jeff Berkowitz, who has tapped EB-5 funds for several projects, said he expects to raise 60% of the $270-million price tag for his new Skyrise Miami tower from foreign investors.

“The Chinese market is obviously more organized and mature,” said Mr. Berkowitz. But, he said, “We are attracting investors from the [Persian] Gulf, Southeast Asia and Latin America.”

U.S. attorneys Shai Zamanian and Preeya Malik in 2013 set up STEP America, an EB-5 consultancy in Dubai, because “there was so much demand in the Gulf region, it made sense to move there,” said Mr. Zamanian.

Among their clients is Neha Shah, an Indian introduced to the program in January who applied the next month. “I will move to the U.S. when my visa comes through,” said Ms. Shah, who works in health care and the diamond business.

China, the main driver of the program’s growth, represented about 80% of the entrepreneur petitions in 2014, and U.S. consultants continue to target that country. In March, a traveling exhibition entitled “Invest In America, Migrate To A New Life Abroad” showcased about 100 EB-5 projects and offered seminars to thousands of potential investors in several Chinese cities.

Appetite among American developers for this alternative source of capital continues to be hefty. During the last recession, EB-5 investors became a coveted new source of low-interest financing.

Because of the program’s popularity there, Chinese applicants for EB-5 visas now face a nearly two-year wait to obtain them and that wait is likely to grow.

All told, the backlog of investor applications that the U.S. is yet to process, meanwhile, has reached nearly 13,700 for all nationalities, as the number of investors from other countries climbs quickly, too.

“Many children of Chinese investors are graduating students who anticipated staying in the U.S. after completion of college and now face a two-year wait,” said Bernard Wolfsdorf, a lawyer who specializes in investor visas. “Many of them will have to leave and wait back home until they are eligible to immigrate.”