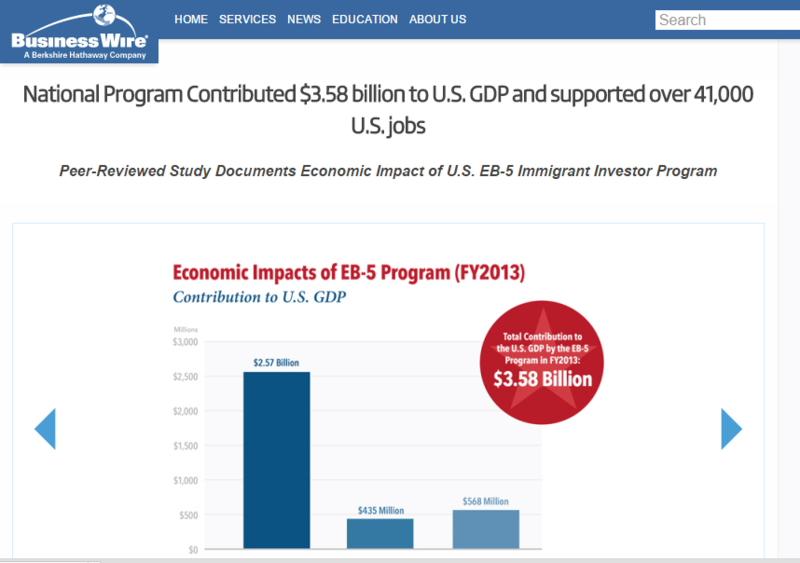 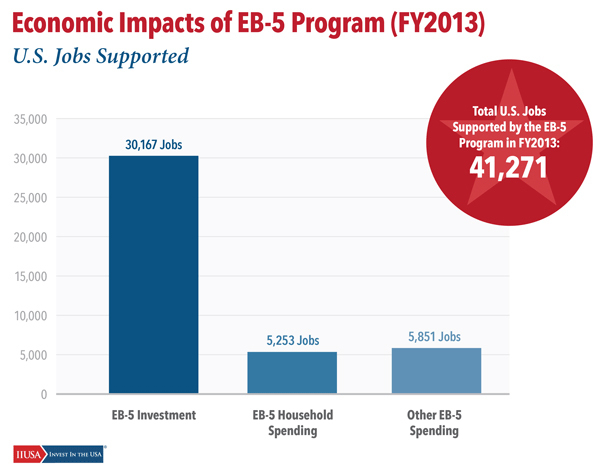 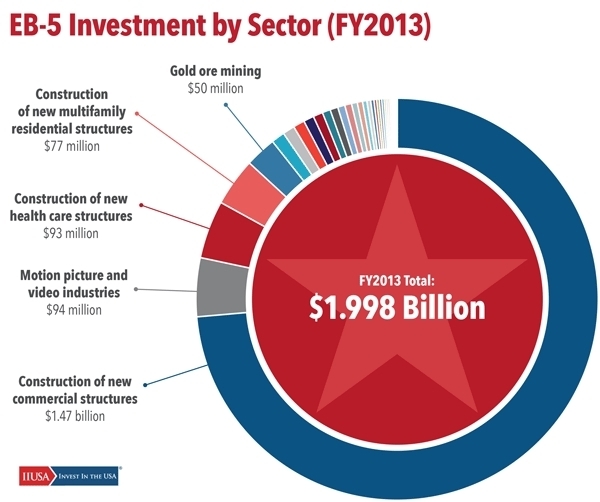 “The results of the 2013 assessment demonstrate that the EB-5 Program will continue to deliver on its promise of regional economic development and U.S. job creation at no cost to the taxpayer.”

“As the industry trade association for the EB-5 Regional Center Program, IIUSA is committed to accurately measuring the positive impacts of the EB-5 Program in terms of job creation, GDP growth, and tax revenue,” said IIUSA Executive Director Peter Joseph. “The results of the 2013 assessment demonstrate that the EB-5 Program will continue to deliver on its promise of regional economic development and U.S. job creation at no cost to the taxpayer.”

Additional findings of the report include:

“One of the effects of the Great Recession that looks here to stay is a fundamental change in how large-scale economic development projects are financed. With more diversification of risk required on the front-end, EB-5 capital is playing an important role helping projects get off the ground and completed by attracting other sources of capital,” comments Joseph. “Looking then at the economic contribution of the entire capital stack demonstrates the real value of the EB-5 program to the American economy.”

To view interactive maps of economic impact data by state and congressional district as well as information about the report’s methodology, click here.

Invest in the USA (IIUSA) is the national not-for-profit industry trade association for the EB-5 Regional Center Program, representing over 240 federally designated EB-5 Regional Centers. Approximately 95 percent of all capital raised through the EB-5 program is raised in affiliation with IIUSA’s members.