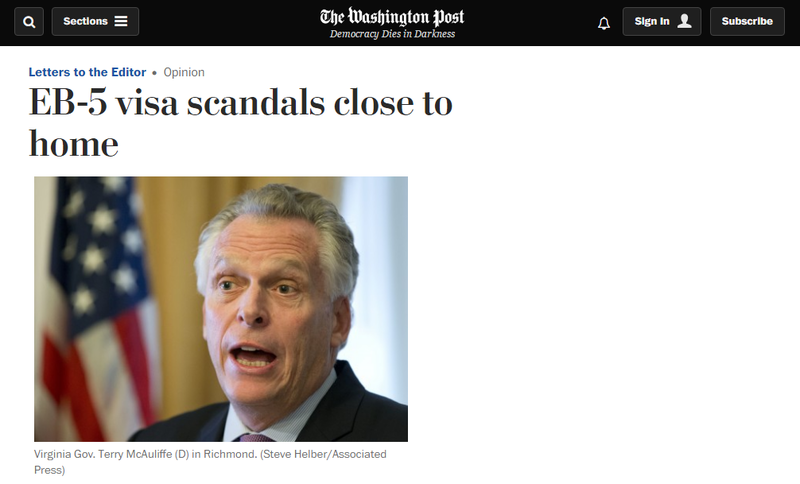 I was amused reading the April 28 news article “ ‘Green cards for cash’ face questionable future.” The article pointed out that the EB-5 investor visa program, which grants conditional visas to foreign entrepreneurs who invest in the United States, is often abused and its intent is rarely enforced or realized. It is a shame The Post missed naming some of the players who have bastardized the program while raking in obscene profits — and in some cases leaving local communities high and dry and considerably poorer as a result — such as Hillary Clinton’s brother Anthony D. Rodham. His Gulf Coast Funds Management ran one of the biggest EB-5 centers in the country.

Or perhaps readers would have liked to know that before he was Virginia’s governor, Terry McAuliffe (D) constructed a green-car company that used the EB-5 program and produced few cars and little accounting that pointed to where any of the Chinese investment money went. Virginia officials had serious legal and ethical questions about the firm. A scandal around it blew up involving the Department of Homeland Security . The money meant for the factory (eventually promised to Tunica County, Miss.) certainly didn’t surface in the community. Wherever did it go? Tunica was left high and dry, the state lost money, and now the green-car factory has folded.