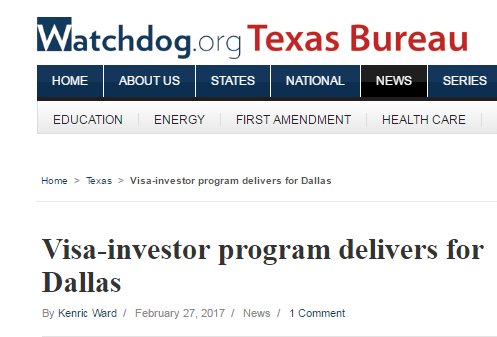 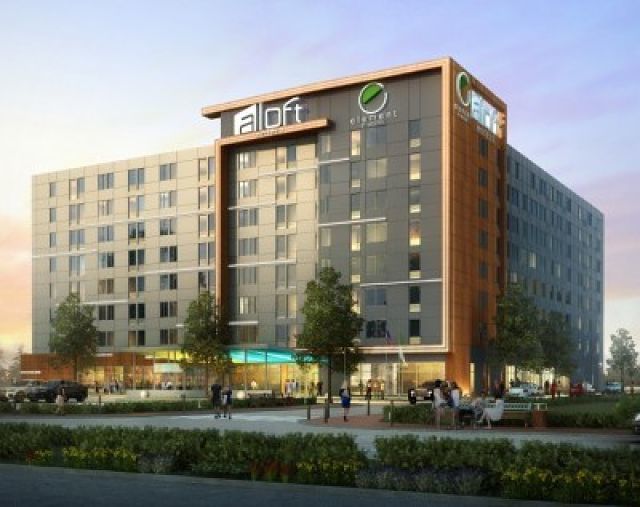 A Dallas contract with a private wealth-management company is paying big dividends for the city through the federal EB-5 visa-investor program. But an attorney says the arrangement unfairly monopolizes public funds.

The City of Dallas Regional Center, owned by taxpayers and managed by Civitas Capital Group, has closed or committed to 20 development projects in the city, totaling $432 million. Estimated aggregate project values top $1 billion.

Dallas is the only major U.S. city to own such an operation.

As a federally approved EB-5 regional center, the CDRC collects and invests funds from wealthy foreign nationals. The money — in $500,000 and $1 million blocks, mostly from Asia — is steered to job-creating ventures around Dallas. In exchange, the foreign investors become eligible for American green cards for themselves and their families.

Nationally, the EB-5 program has come under fire for failing to deliver on its jobs promise. This month, the head of a South Dakota regional center pleaded guilty to illegally diverting funds.

The Dallas program has issues, too, says Shae Armstrong, a Dallas attorney familiar with EB-5 law. He questions the city’s exclusive arrangement with Civitas.

“A city-owned regional center paid for by the taxpayers should strive to serve the needs of various local developers, not one exclusive developer,” Armstrong told Watchdog.org.

When Civitas entered into an exclusive agreement with Atlantic Hotels for all its hospitality development, “the city’s regional center only benefits one developer for hotel-related projects,” he asserted.

“That allows for a few developers to monopolize the city’s asset in the form of cheap capital,” Armstrong said.

“The city has no financial liability,” he added.

Under a 10-year contract, the city receives a fee for each deal transacted. Hill said fees vary according to the size of the deal, but he did not divulge percentages or dollar amounts.

Civitas won the city contract in 2009 over two rival firms.

“At that time, wealth management firms and investment banks showed little or no interest in working with the city,” Hill said.

Civitas did not respond to Watchdog’s request for an interview.

With the CDRC, Atlantic Hotels opened two hotels in the Dallas Love Field area this month. They are the first of five joint ventures between Atlantic and Civitas in the Metroplex in 2017.

Under EB-5 rules, the standard $1 million investment by foreign nationals is reduced to $500,000 if a project is located in a high-unemployment zone. By connecting a string of poor ZIP Codes, the Civitas DRC folded Highland Park into a qualified “Targeted Employment Area” for the lower buy-in amount.