“The governor would support an ethics commission,” the governor’s spokesman, Scott Coriell, said in an interview with The Associated Press.

Coriell said the governor’s stance was not in response to two ethics issues involving current and former members of his administration, nor to remarks Lt. Gov. Phil Scott made recently about his construction business winning state contracts.

“Had he been asked before all this, I’m sure he would have supported it as well,” Coriell said. By “all this,” Coriell was referring to these developments:

• Republican state committee Chairman David Sunderland chastising the Democratic governor for promoting Alyssa Schuren from deputy commissioner to commissioner of the Department of Environmental Conservation. Schuren’s husband, Paul Burns, is executive director of the Vermont Public Interest Research Group, which frequently advocates on issues in which Schuren’s department is involved.

• Scott, a likely Republican candidate for governor, acknowledging that his company is contracting with the state on public works projects amounting to $3.8 million in the past 15 years, according to media reports by VTDigger and the Vermont Press Bureau.

• Brent Raymond, former head of the state office that managed the federal EB5 immigrant investor program in Vermont, leaving state government to work for a ski resort company seeking $50 million in investment capital through the program. 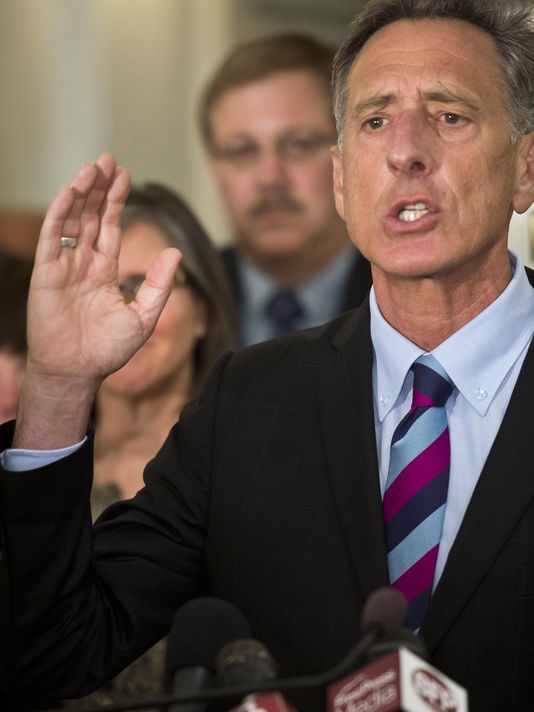 Coriell said the governor, who was not available Wednesday for an interview, previously spoke in favor of financial disclosures by elected and appointed officials. But Coriell could not recall Shumlin addressing any suggestions of a state ethics commission. Vermont currently is one of eight states without one.

Creation of a Vermont ethics commission was endorsed in June by Secretary of State Jim Condos, has been pushed since 2013 by the good-government group Campaign for Vermont and was the subject of legislation filed in both the 2014 and 2015 sessions of the Vermont General Assembly.

A bipartisan group of lawmakers, led by Rep. Heidi Scheuermann, R-Stowe, introduced a bill in February of 2014 and again this year to create a five-member Vermont Ethics Commission, a code of conduct for legislative and executive branch officials, and civil penalties of up to $10,000 for each violation.

COVID-19’S Impact On EB-5: A Panel Discussion
Mona Shah
May 01, 2020
Updated Historical National Average Processing Times for the I-526 Petition
May 06, 2020
Criteria to Consider Before Selecting an EB-5 Project Investment
May 08, 2020
EB-5 Path To U.S. Citizenship After CoronaVirus
May 20, 2020
EB-5 Visas Benefiting China's Elite 'Should Be Last Priority' During Coronavirus Crisis
April 26, 2020
Join Professionals on EB5Projects.com →
Securities Disclaimer