Buying visas with investments is big business. And Congress is taking notice. 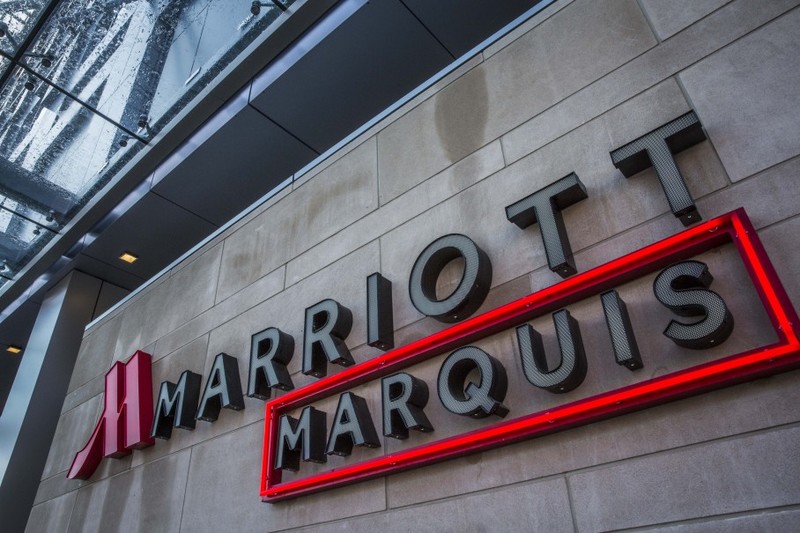 The new Marriott Marquis, next to the Convention Center, was built using funds from the EB-5 immigrant investor program.

What began as a rarely used path to U.S. citizenship for wealthy foreigners has become big business in American real estate, one that Congress is considering for reform.

The EB-5 immigrant investor program allows citizens of foreign countries to acquire U.S. visas by investing a minimum of $500,000 into American businesses so long as the money creates at least 10 jobs.

A few years ago the program was barely used. By one count, only 346 such visas were issued nationwide in 2005.

But as real estate developers and other firms looked for investors willing to fund their projects following the recession, EB-5 became a popular source of capital, particularly for hotel and mixed-use real estate projects in California, New York, Florida and D.C.

The investments made to acquire the visas brought more than $1.5 billion and 31,000 jobs to the U.S. economy in 2013, according to a paper commissioned by the trade group. In D.C. alone, investors have put up more than $110 million and created 1,584 jobs, through development of projects including the Marriott Marquis convention center hotel, a pair of hotels on New York Avenue NE and City Market at O, a mixed-use project in Shaw. 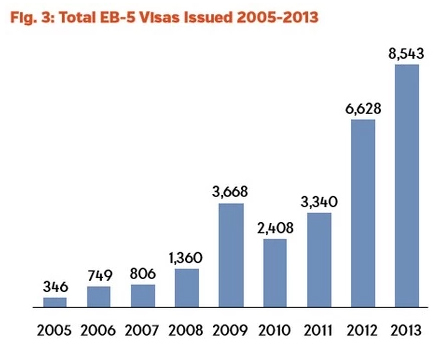 But some say that as the program has grown, regulation of it has fallen behind.

There have been recent allegations of fraud. Last week the Securities & Exchange Commission charged two firms that were not registered for the program with illegally brokering more than $79 million in investments. The companies, one of which is based in Florida, didn’t admit to wrongdoing but agreed to be censured and not to commit similar violations in the future, according to the SEC.

Other criticisms of the program are that it has not done enough to benefit targeted poor areas — particularly in rural communities — and that its vetting process may not meet national security guidelines. About 85 percent of the EB-5 visas issued in 2013 went to China, with others going to South Korea, Japan, Great Britain, Russia and other countries, according to another trade group, Invest in the USA.

[Why a U.S. immigrant investor program is being maxed out by Chinese applicants]

Legislation authorizing the program is set to expire in September, and although Congress has re-authorized it in recent years, members of both parties have proposed a series of substantial reforms this time around.

On June 4, Senators Charles E. Grassley (R-Iowa) and Patrick J. Leahy (D-Vt.), the chairman and ranking minority member of the Judiciary Committee, respectively, proposed legislation that would re-authorize the program with some changes.

The senators propose tightening oversight of companies that arrange the investments, raising the minimum investment from $500,000 to $800,000 and requiring investors to prove that they create the jobs for which they earn visas. Separate legislation has been submitted in the House.

Industry groups are supporting many of the changes.

The EB-5 Investment Coalition, backed by the U.S. Chamber of Commerce, the Real Estate Roundtable and the National Association of Homebuilders, issued a statement on the Senate’s EB-5 bill saying that “while the program has been an incredibly effective tool for U.S. economic growth and job creation – at no cost to the taxpayer – we recognize and fully support the need to strengthen and modernize the program through a series of common sense, targeted reforms.”

Angel Brunner, founder and president of the Bethesda-based firm EB5 Capital, placed funds with the Marriott Marquis and other D.C. projects, including the Uline Arena, which is being redeveloped into office space and a flagship store for the outdoor clothing and equipment retailer REI.

Brunner has arranged visas for clients from 46 countries, and she said the program can only be strengthened with closer scrutiny of enterprises that are abusing it.

“It’s a legitimate tool of economic development and I see it working in all of my projects,” Brunner said. “I want to see it happen in every community and you can’t have that if you have bad actors. Part of protecting the program is taking care of those bad actors.”