US officials seek business on tour 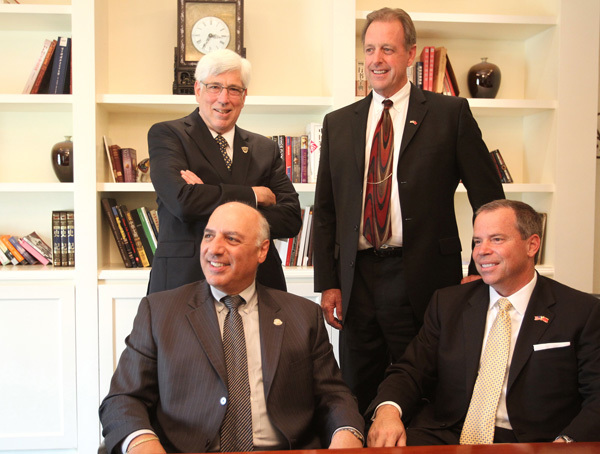 A delegation from the US West is visiting China in an effort to attract more investment and businesses. Invited by the Chinese People's Association for Friendship with Foreign Countries, the delegation, composed of 11 policymakers and 11 business leaders, is on a 10-day tour of China from May 23 to June 3.

"The purpose of the trip is to build people-to-people proximity," Craig Young, former mayor of Yorba Linda, California, which is also the birthplace of President Richard Nixon, told China Daily on Monday in Beijing.

"We fear what we don't understand," Young said. "The way to overcome those is to spend time together. So more we know, more we understand and the less we fear."

They want to make sure that the Chinese understand that that they are welcoming China and the Chinese people.

"It is not only for tourism, but also to open up businesses," said Stavros S. Anthony, a Las Vegas city councilman.

China is the biggest overseas source market for tourism in Las Vegas, Nevada, and there are some casinos, resorts that specifically cater to Chinese.

Las Vegas is looking to diversify its economy and wants to attract other kind of businesses from China.

"The land is very inexpensive, tax is very low, and we are working very hard to reduce regulations to help people to start business," Anthony said.

Las Vegas has an economic development team with people specifically assigned to generating business from China who wants to open up businesses in the city.

"Since we have such a large Chinese population, we have people we can bring in to help us to deal with the Chinese companies and to help them understand the culture of Las Vegas," Anthony said.

"We are looking to see if we can expand our economy to start new businesses with some large businesses in China, such as manufacturing companies and warehouses," Lee said.

Chinese investment in US businesses was all but nonexistent 15 years ago, but now totals nearly $50 billion and could reach $200 billion by the end of the decade, according to a new study.

California was the top destination as Chinese investors put $5.9 billion into almost 370 businesses that provide about 8,300 jobs, mostly in the Los Angeles and San Franciscometropolitan areas, said the study by global research firm Rhodium Group and the nonprofit National Committee on US-China Relations.

As the number of Chinese businesses increases, more Chinese are buying houses. "We want to see Chinese individual investors buy homes here, because if they live there, they will invest more in those communities."

According to the National Association of Realtors, California is the top choice for Chinese homebuyers, accounting for 35 percent in 2014, because it is relatively close to China, has an attractive climate and lifestyle, and its major cities all have larges Chinese-American populations.

However, real estate prices also are high in the most desirable cities, industry insiders say savvy buyers are considering other locations to get more for their money.

But Gold said he is not concerned.

"We will not do anything to depress the value, but will continue everything we can to increase the value, by enhancing our schools and infrastructure," he said. "When the comfortable community persists, people will always want to stay there."

He said that in the next five to 10 years, Beverly Hills will invest another $250 million in infrastructure. "I know if we don't do that, we will suffer" for it, he said. Young said Yorba Linda, which had a population of just above 67,000 in 2013, is a relatively small town but is working hard to attract Chinese investors and visitors.

"We are working all of the areas," Young said. "We are paying an attention to fengshui to attract Chinese potential residents, and there is also a Chinese-specific study in the advanced placement course in schools."

Gold said that many young people have realized over the years that the US relationship with China is important, and he has seen an "enormous increase" in the number of people who are receiving education that is China-related.