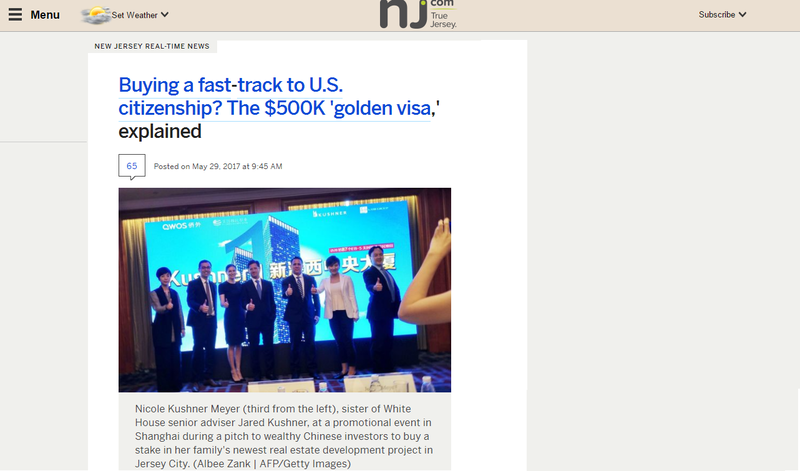 It may seem odd, but imagine if some guy in China looking for a quick path to U.S. citizenship could plunk down a half-million-dollar investment on a luxury apartment development in Jersey City, and get to the front of the line for a coveted green card.

Welcome to the EB-5 program

It's called a "golden visa," and has been in the spotlight in recent weeks following disclosures that the family of Jared Kushner sought to use the program to help finance a new luxury real estate development in Jersey City.

EB-5 visas allow foreign investors to obtain green cards for permanent residency--and a fast-track to U.S. citizenship--in exchange for putting big money into job-creating projects in this country. In recent years, it has become a source of funding for major hotels and real estate projects. Even the Pennsylvania Turnpike funded an expansion project through the visa program.

But the program has come increasingly under a cloud in recent years, even before the firestorm of criticism that came after the Kushner family made their pitch to Chinese investors in Beijing to secure $150 million in financing for a new Jersey City housing development known as One Journal Square.

Intended to spark development in economically distressed neighborhoods, it has instead been used in large part to fund luxury development projects. At the same time, allegations of fraud and abuse have been rife.

Sen. Chuck Grassley (R-Iowa), a long-time foe of the program, wants it eliminated, complaining that it lacks a verifiable way to measure job creation and has led to many of the wealthiest areas of the country being inaccurately designated as places of "high unemployment," to enable investors to qualify with smaller investments.

"The EB-5 program is inherently flawed. It says that U.S. citizenship is for sale," said Feinstein. "It is wrong to have a special pathway to citizenship for the wealthy while millions wait in line for visas." 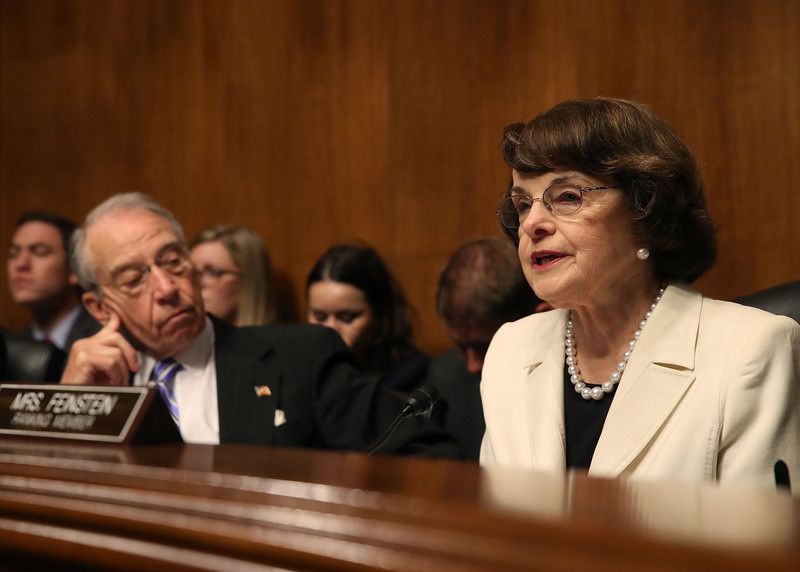 The EB-5 program: what's the price of admission?

The program was approved by Congress in 1990, which created the so-called "Employment-Based Fifth Preference," or EB-5 immigrant visa, aimed at promoting job creation and capital investment in the United States by foreign investors.

At its heart was basically a pay-to-play proposal. A foreign investor who put $1 million in a new business resulting in the creation of at least 10 full-time positions, could apply for a green card (along with their spouses and unmarried children under the age of 21), giving them permanent residence in the U.S.

If the investment is in a rural area or in a part of the country with high unemployment--what the government defined as a targeted employment area--the minimum investment dropped to $500,000.

Under the program, the initial EB-5 visa is valid for two years. If the investor can demonstrate his or her investment resulted in creating or preserving at least 10 permanent jobs in this country, they are then eligible to get a green card--a significant short cut over others seeking permanent residency.

Each year, officials say approximately 10,000 immigrant visas are made available to foreign investors and their eligible dependents, essentially providing a path to citizenship to those with money and connections. Those investors can choose where to invest on their own. More commonly, they pool their investment with those of other foreign investors and U.S. stakeholders within a "regional center."

Applicants from China are said to account for more than 75 percent of the EB-5 visas.