Indians spited by the H-1B clampdown can get another visa to work in the US—as long as they can spare $500,000 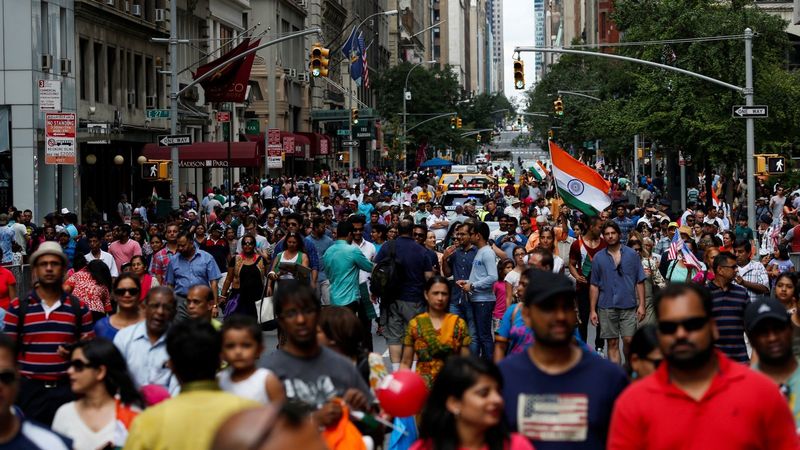 As the H-1B visa program goes on the chopping block, a 27-year-old visa is getting some new attention. Meet the EB-5.

The way things stand, most H-1B applicants come from India and Southeast Asia. They enter the H-1B lottery and then, if they receive a temporary work visa, may have to wait more than a decade for permanent residency.

With the EB-5 immigrant investor program, created by Bill Clinton in 1990, foreigners can receive a conditional green card within two years and an unconditional green card a few years later. The catch? They must invest $500,000 in a commercial enterprise associated with regional centers approved by United States Customs and Immigration Services (USCOS) to fuel economic growth and job creation in America.

“More and more high-net [worth] parents whose children are studying in the US are looking to file for EB-5,” says Abhinav Lohia, a partner at immigrant-investor firm Davies & Associates. Lohia says that multiple worried parents call him each day looking to “gift” investment money that could help their sons and daughters come to the US. In February, EB-5 filings had already seen a record spike, Hindu Business Line reported.

According to Lohia, increased awareness of the program, coupled with US president Donald Trump’s anti-H-1B and anti-immigrant rhetoric, and the long odds of the lottery, have boosted demands for EB-5 visas among Indians. The majority of his clients hail from Mumbai—where most of India’s ultra-rich live—and Bengaluru.

“Bengaluru is the equivalent of Silicon Valley in India and Mumbai is an equivalent of New York,” Lohia says. “We get the most sophisticated investors [from there].” People from Hyderabad and Delhi have also started to show interest.

Currently, Indians are the fifth-largest beneficiaries of EB-5 visas. China is at the top, which Rohit Kapuria, an EB-5 attorney at Arnstein & Lehr, credits to better awareness of the program. “India’s knowledge has been limited,” he says. “People have heard of F-1s and H-1s. They’re familiar with Canadian and Australian processes. But the average person in India had never heard of the EB-5.”

The Department of Commerce reported in 2012 and 2013 these immigrants generated $5.4 billion in investments and created 174,000 jobs. That’s 4.3% of US job growth during that time. Taking the government’s numbers starting at 2012 and doing the math up to 2016 finds these investors could be creating about 805,000 jobs, or 8.2% of US job growth over that period.

Kapuria thinks the negative stigma surrounding the visa is overblown. “Lot of projects would not happen and lot of jobs wouldn’t be created but for the EB-5,” he says. “A lot of smart students who don’t qualify under the H-1B lottery can have the opportunity to start businesses and work in Silicon Valley or elsewhere.”