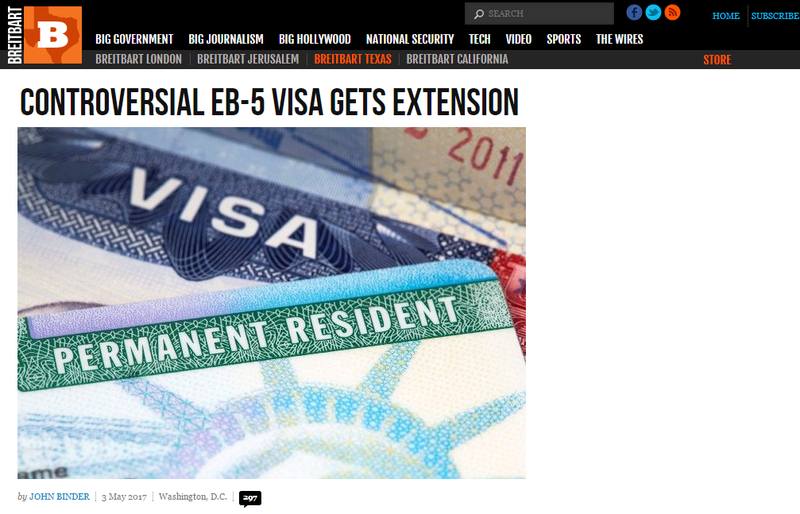 A controversial visa program, known as the EB-5, which allows wealthy foreign nationals to promise significant domestic investments in trade for Green Cards has been extended in the latest spending bill.

Under the EB-5 visa, foreign nationals can claim that they will invest $500,000 and thus receive Green Cards for their entire family for at least two years, with pathways to citizenship available as well. The only requirement is that the EB-5 holder create 10 U.S. jobs.

Center for Immigration Studies’ (CIS) Fellow David North has argues the EB-5 visa program is riddled with fraud and abuse, often leading to lawsuits and convictions.

EB-5 immigrant visa-holders primarily come to the U.S. from China. The program has endured public embarrassment for years, as more fraud cases involving the program come to light.

In a recent EB-5 fraud case, a Chinese couple was accused of getting $27 million in investments from some 50 Chinese investors, but did not end up using the investment as the EB-5 program mandates.

The EB-5 program is most famously opposed by Sen. Dianne Feinstein (D-CA), where she says it allows wealthy foreign nationals to buy their way through the legal immigration process and eventually to gaining U.S. citizenship.