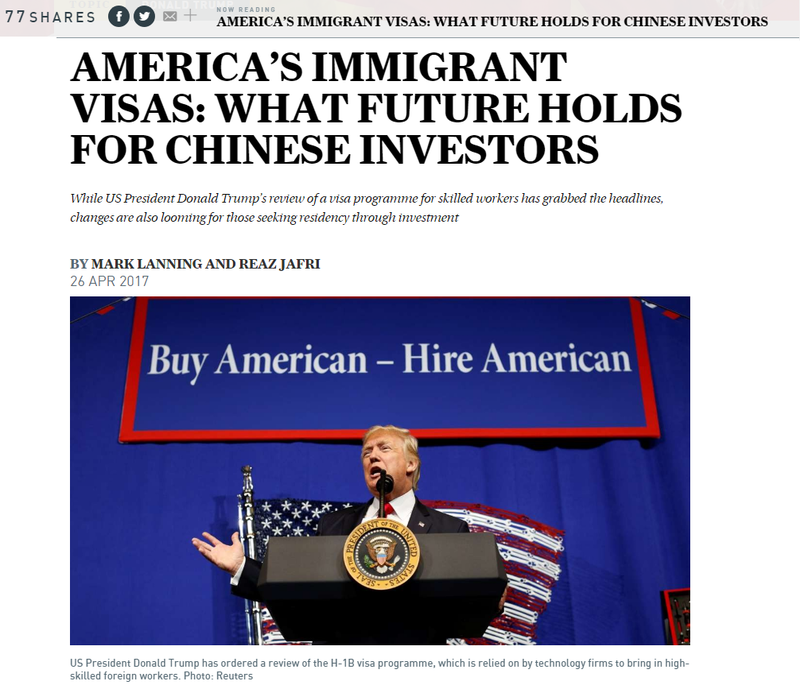 As the first 100 days of the Donald Trump presidency draw to a close, it has already become clear that US immigration reform is a priority.

During his first weeks in office, Trump’s executive orders clamping down on travel to the US by citizens of a handful of Muslim-majority nations prompted widespread controversy, while last week he ordered a review of the H-1B visa programme, which is relied on by technology firms to bring in high-skilled foreign workers.

Meanwhile, in a move that could have particular consequences for Chinese, the future of America’s immigrant investment visa programme – the EB-5 visa – has also come under review.

In 1990, the US Congress created the EB-5 programme, allowing conditional residency and eventual lawful permanent residency (green cards) to foreigners who invest US$1 million in new commercial enterprises that create at least 10 full-time jobs. 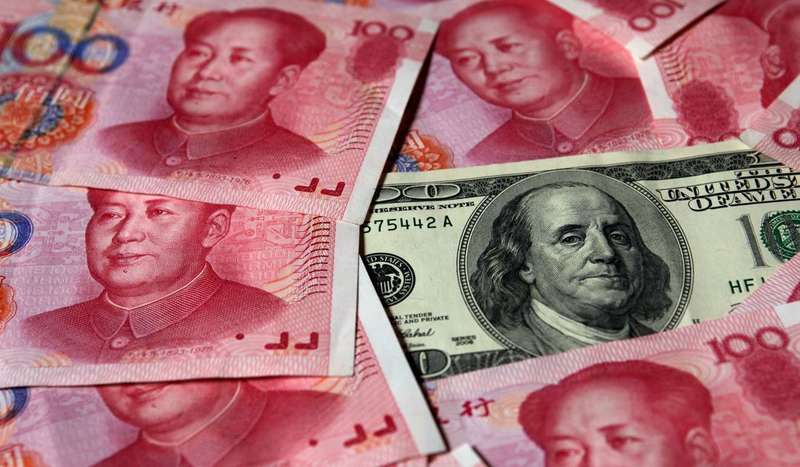 Under the EB-5 programme, the US grants residency to foreigners who invest US$1 million in new commercial enterprises that create at least 10 full-time jobs.

Over the past 25 years, the EB-5 investment requirements have remained unchanged, despite other countries (including Britain and Australia) launching investment immigration programmes with higher investment requirements. Recently, the calls for EB-5 reform have grown louder and it seems that 2017 may be an important year with a key date looming on the horizon: April 28.

In January, the Department of Homeland Security (DHS) proposed reforms to the EB-5. The public comment period for the proposal ended on April 11. The proposed changes would increase the minimum investment to US$1.8 million, with TEA investments being US$1.35 million. Second, the proposal would eliminate designation of TEAs by US states, and instead grant that authority to the DHS. The practical implication is that most urban regional centres would require the higher investment amount, as those investment options tend not to be within TEAs. 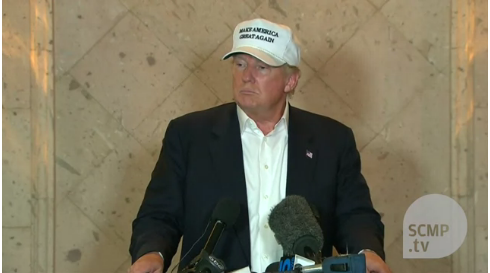 Congress is also considering reform. The Regional Centre Pilot Programme is temporary, requiring periodic Congressional reauthorisation. In December 2016, the programme was given an extension only until April 28, 2017. Supporters of the programme expect it to be reauthorised after April 28, perhaps with an increased investment minimum, but the future of the EB-5 programme is not secure. For example, in January, two US senators introduced a bill to eliminate the EB-5 programme in its entirety, including the direct investment option.

The investor seriously considering the EB-5 option may want to apply as soon as possible, before a likely investment minimum hike. Even in a scenario where the EB-5 programme is eliminated, applicants who file prior to the programme termination would be grandfathered under the old rules. Any proposed rule changes are also not expected to affect investors currently pending application approval.

Over the past few years, the waiting time for mainland China-born applicants has steadily increased, due to a limited annual supply of EB-5 visas and high demand from China. For applicants born outside mainland China, a person must typically wait more than two years before obtaining a conditional green card and a further three or more years before obtaining a permanent green card. However, for those born in mainland China, the wait for permanent residency is closer to 8 years or more. Based on supply and demand principles, in the case of a minimum investment increase, it is likely that the overall supply of investors (including applicants born on the mainland) would decrease, thus potentially shortening the queue.

Among Chinese investors, the EB-5 programme is the most well-known US green card option; however, it is by no means the only option. US immigration has two types of visas: immigrant (IV) and non-immigrant (NIV). An IV is a permanent visa or “green card”. There are two paths to secure an IV: family-based or employment-related. In the absence of a qualifying family relationship, one must consider one of five employment-based (EB) options: EB-1; EB-2; EB-3; EB-4 and EB-5.

In fact, a faster option than EB-5 is the EB-1 category. Under the EB-1A category, a person with extraordinary ability in business, research, the arts, etc, may apply directly to the US government for a green card. An EB-1A does not require any investment and can result in a green card being issued in less than one year, often in a few months. 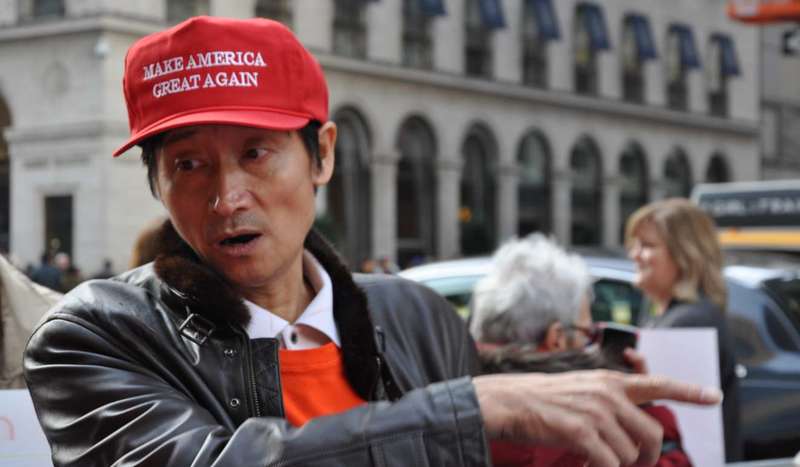 Another option is an EB-1C, available to executives and managers of multinational companies. However, for mainland China-born applicants, the EB-1 category may soon have wait times akin to the EB-5. So potential applicants may want to act quickly.

In terms of temporary visas, mainland Chinese and Hong Kong citizens would typically consider three types of NIVs: H-1B, L and O. The H-1B is a common option, but due to an annual visa quota it lacks certainty for applicants. By contrast, the O and L visas have no visa quota. The main requirements for the O and L visas are somewhat similar to the EB-1A and EB-1C, respectively.

In summary, US immigration laws provide many opportunities to those wishing to permanently or temporarily settle in America. The next few months will be critical for the future of the EB-5 programme.

Regardless of the specific outcome of potential EB-5 changes, it is important to make an informed and optimal decision with a thorough understanding of all available options and holistic considerations of factors such as one’s personal and professional circumstances and tax considerations.