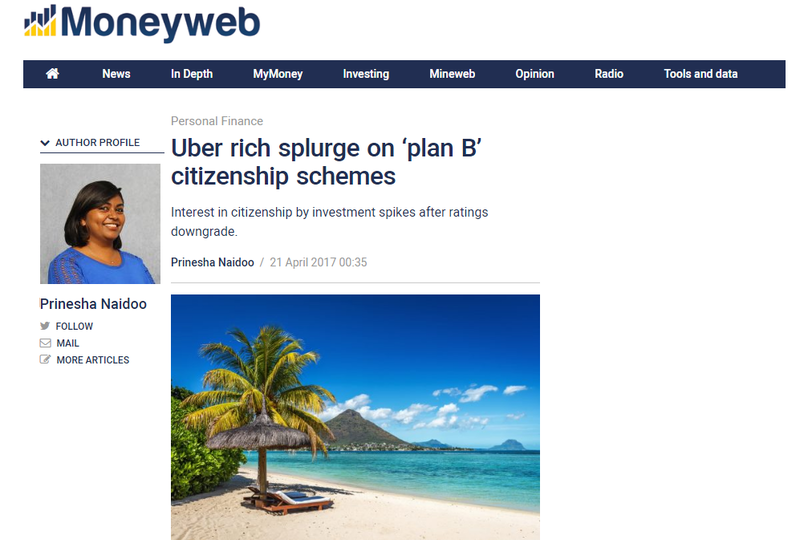 High Net Worth South Africans (HNW), in pursuit of alternative citizenship and residency, are forking out millions in job creation and investment initiatives abroad. 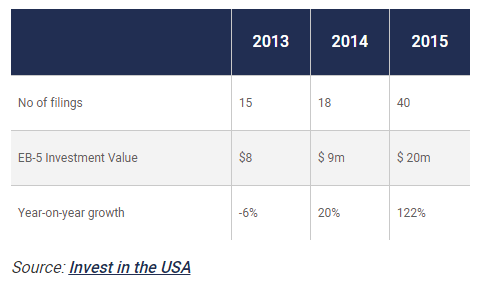 South African filings for “immigrant investor” status more than doubled to 40 in 2015, with the applicants spending $20 million on creating around 400 jobs in the US. South Africa’s unemployment rate stood at 24.5% in the fourth quarter of 2015.

To qualify for the visa, which enables applicants to obtain US green cards, foreigners must invest $500 000 in businesses or real estate projects that create or preserve at least ten full-time jobs for American workers.

Although no data is available for 2016, it is highly likely that the number of filings doubled again in 2016, said LCR capital. The international private equity investment firm, which facilitates local applications, says political developments drive interest among HNW South Africans.

Following South Africa’s credit rating downgrade to junk status, the firm has seen a spike in interest with new enquiries being made on a daily basis rather than weekly.

“It is an extremely niche market as individuals need a lot of money [to secure the visa]. Some of the enquiries are from people who want to relocate and some are just looking for a ‘plan B’ or to secure better education opportunities for their children,” said Douglas van der Merwe, LCR’s local representative.

He added that the Fees Must Fall protests and Nenegate also triggered significant interest. Additionally, some applicants cite Black Economic Empowerment (BEE) laws and glass ceilings in the corporate world as motivating factors.

“This industry is based on public perception. Demand is almost never consistent as the industry and markets are always changing. Lately, politics has been driving interest, there was definitely a strong spike in interest after the cabinet reshuffle,” she said.

According to Thaele, the majority of HNW individuals don’t necessarily want to leave South Africa but are seeking freedom – freedom of business travel for entrepreneurs and freedom to study abroad for their children.

She said that more than 80% of the applications facilitated by LIO were for residency programmes in Malta and Antigua, both of which offer strong passports.

The Maltese residency programme requires an investment of €1 million. Antigua requires a $250 000 donation to the government or a $400 000 investment in real estate projects largely geared toward hotels and hospitality.

She said residency programmes in Portugal and Grenada are also proving popular especially as the latter has signed an E-2 investor visa treaty with the US. The treaty allows citizens of Grenada to obtain US residency permits provided they operate businesses in the US.

Read Thaele said tighter immigration controls being implemented by a number of countries is expected to drive the markets for citizenship by investment and second residency as wealthy individuals are likely to seek more global freedom and mobility.

“Both the republicans and democrats like it because it is of no cost to US taxpayers and creates American jobs. They also like the profile of the applicants – they’re entrepreneurs and they have money.”