A window of opportunity for South Africans wanting to immigrate to the US will likely close in the next few months, Los Angeles-based Bernard Wolfsdorf has warned in an interview with Fin24. Changes are expected to the EB-5 visa category, where entrepreneurs are eligible to apply for a green card if they invest a minimum of $500,000 in a targeted employment zone in the US and directly or indirectly create or preserve 10 permanent full-time jobs for qualified US workers. The US government is looking at raising the minimum investment amount to $1.35m, notes Wolfsdorf. “That would make this option very difficult for even the high net worth folks, so there is a narrow window of maybe only a few months for those seeking to immigrate via the programme,” Wolfsdorf said. He has already noticed an uptick in demand from South Africans, though it is not only wealthy Saffers who are scrambling to invest in the US. Chinese immigrants in particular are expected to fast-track plans to get the visas as President Donald Trump moves to make it harder for immigrants to enter the US. – Jackie Cameron

As members of Congress in Washington debate raising the minimum required to obtain a U.S. immigrant investor visa from $500,000 to $1.35 million, concern about the hike has set off a scramble among wealthy would-be participants in China.

“Some clients are demanding that we make sure their applications are submitted before April 28,” the date the program expires unless extended or amended by Congress, said Judy Gao, director of the U.S. program at Can-Reach (Pacific), a Beijing-based agency that facilitates so-called EB-5 Immigrant Investor visas. “We’re working overtime to do that.” 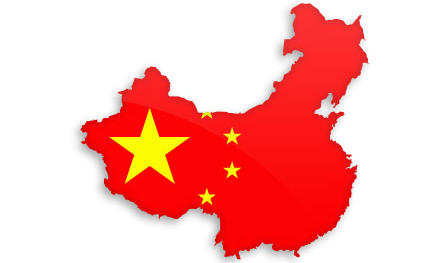 ChinaChina’s wealthy, using not-always-legal means to skirt capital controls to get their money out and at the same time gain residency in the U.S., are continuing to dwarf all others as the largest participants in the EB-5 program, despite heightened measures by the Chinese government.

The initiative channels money to high-profile U.S. real estate projects from New York to Miami to California — including those by the family of Jared Kushner, President Donald Trump’s son-in-law and senior adviser. A current plan by the Kushner family to refinance and reconstruct its New York office building at 666 Fifth Avenue is seeking $850 million in EB-5 funding, as well as cash from Anbang Insurance Group and other investors, according to terms of the proposal reported by Bloomberg News. A spokesman for Kushner Cos. declined to comment.

At stake if the EB-5 is curtailed is a program estimated to have played a role in creating at least 200,000 U.S. jobs and drawing as much as $14 billion from Chinese investors alone, based on data provided by Rosen Consulting Group and the Asia Society. Past projects taking advantage of EB-5 include New York’s Hudson Yards, Hunter’s Point Shipyard in San Francisco, and a Trump-branded tower in Jersey City. 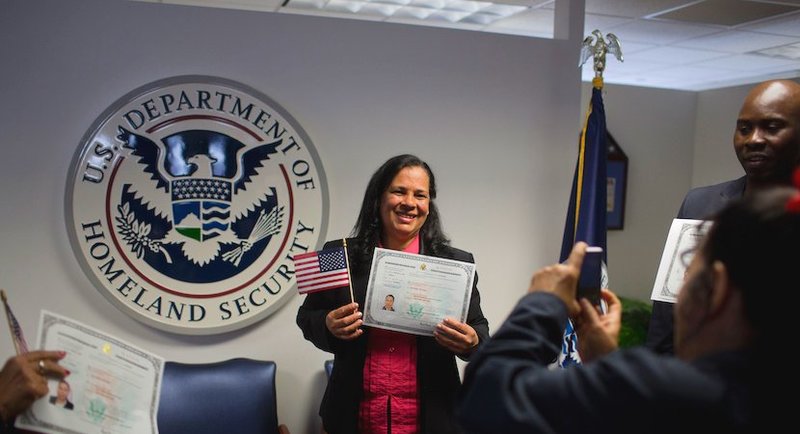 File Photo: A newly naturalized American citizen takes a picture with her certificate of citizenship after a Naturalization Ceremony at the Jacob K. Javits Federal Building in New York, NY, Friday, April 19, 2013.

Because Chinese individuals are limited to exchanging $50,000 worth of yuan a year, a 10th of what the EB-5 program requires, some agents are advising clients who don’t already have assets offshore to use a means nicknamed ” smurfing” to move their money.

“Our suggestion to the client is to open three to four personal accounts in the U.S. or line up three to four friends’ accounts, so they can split the money and wire it to different personal accounts without being put on a blacklist by the Chinese authorities,” said a Shanghai-based real estate agent who gave the surname Dong. “It may require a trip to the States to do so to facilitate the process.”

While the government in Beijing spent much of 2016 working to stop its citizens sending money abroad in order to stabilize its declining currency and foreign reserves, Chinese investors’ use of EB-5 continued anyway, totaling $3.8 billion in the fiscal year that ended Sept. 30, according to data from the U.S. State Department.

EB-5 started decades ago as a way to create jobs in needy U.S. neighborhoods by attracting foreign investment. But it has run into political opposition amid charges the program is benefiting billionaire developers and being dominated by wealthy Chinese. 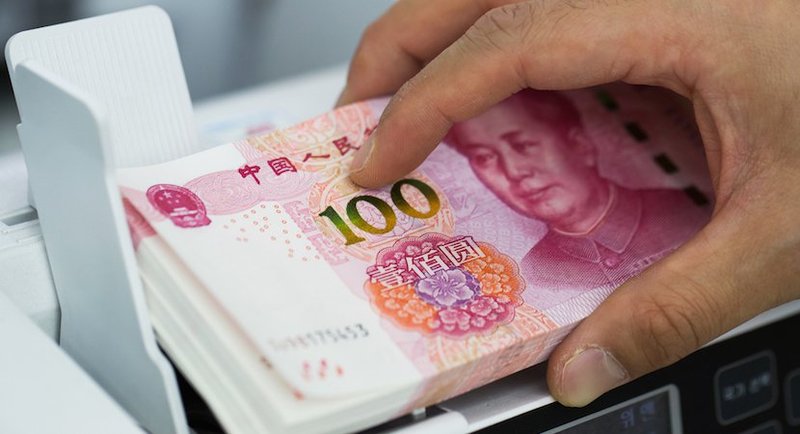 “EB-5 has been a key program for capital flight that has been abused by Americans and Chinese people seeking to game the system,” said Andrew Collier, an independent analyst in Hong Kong and former president of Bank of China International USA.

While there’s no suggestion of wrongdoing by developers that receive funding from EB-5, a series of Securities and Exchange Commission cases against EB-5-linked immigrant investor centers led the U.S. Citizenship and Immigration Services to announce last week that they would audit the centers amid concern about fraud.

Chinese investors, several thousand a year, have made up as much as 85 percent of the annual EB-5 investor total, according to U.S. data provided by Rosen Consulting and the Asia Society. In 2015, China overtook Canada as the biggest foreign buyer of U.S. homes.

Changes to the EB-5 minimum would affect property developers who rely on the program as a funding channel, said Michael Shaoul, chief executive officer at Marketfield Asset Management in New York.

“Any interruption of the program or reduction in Chinese participation would have a meaningful effect on a development cycle that is already showing signs of strain in certain key U.S. cities,” he said by email. 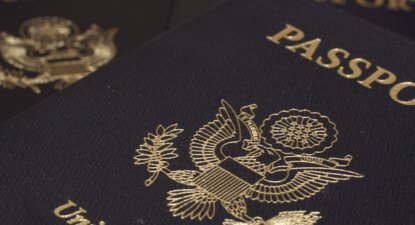 Investment in an EB-5 project in New York, a hotel near Central Park, allowed Shanghai resident Kevin Tai to move to the U.S. this month. He applied with his family for the investor visa at the end of 2013. Transferring more than $50,000 abroad every year was also prohibited then, so to pony up the cash, Tai used his Shanghai home as collateral to secure a $500,000 loan from Hang Seng Bank in Hong Kong, a faster route to getting cash than trying to get yuan over the border in batches. That route is now closed as well.

“I don’t recall what return rate they promoted, because that doesn’t matter,” he said just before his departure. “For most EB-5 applicants like us, the purpose is to get a permanent Green Card.”

The project in Palm Springs being promoted via messaging app WeChat by Dong’s firm seeks Chinese EB-5 investors for a $155 million hotel. It offers an unusually high expected annual return of 12 percent. By fronting a minimum of $500,000 for the 26-villa development, prospective investors become eligible to apply for a Green Card, the promotion says.

The majority of EB-5 investments offer very low returns in the range of 0.25 percent to 0.5 percent, said Can-Reach’s Gao. 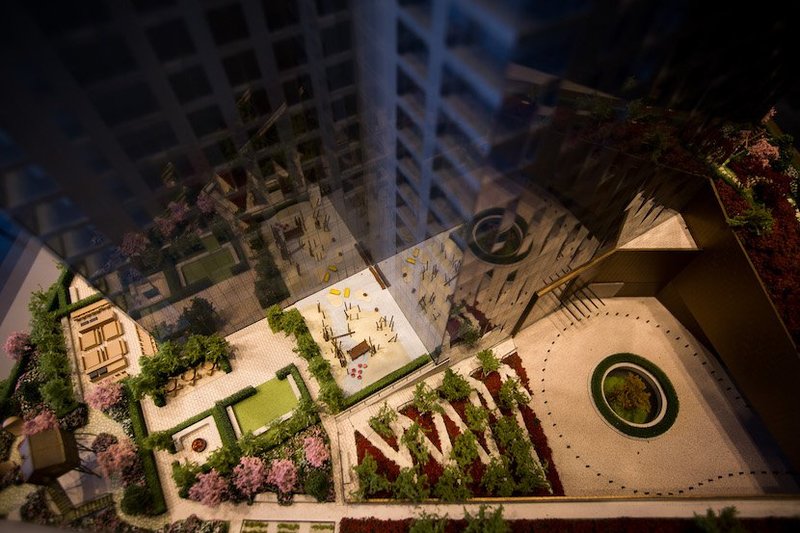 A model of the Extell Development Co. One Manhattan Square sits on display at the company’s sales office in New York, U.S., on Thursday, Feb. 06, 2017. Manhattan’s biggest new condo tower has reached a milestone: Buyers have signed contracts for more than 100 units at the property that Extell Development Co. is building on the Lower East Side. Only 700 or so more sales to go.

About 900 firms in China are registered to handle emigration, and most of them offer EB-5 services.

To be sure, the overall volume of money leaving China through the EB-5 channel is small — just half a percent of the $728 billion estimated by Standard Chartered Plc to have flowed out in 2016.

While capital outflows have fallen sharply in recent months as regulators increase scrutiny and the yuan holds steady, analysts say there’s pent up pressure to move money out of China.

That’s why the State Administration of Foreign Exchange, the currency regulator, has been closing loopholes that allow money to be illegally channeled overseas by seeking extra disclosure. Outflows moderated in February as foreign exchange reserves rose, reversing a seven-month losing streak. Restrictions include limits on overseas investments and acquisitions, seeking more details from citizens looking to use their $50,000 quota and limits on purchases of investment-linked insurance products in Hong Kong.

A slew of external risks could trigger another rush to get money out. If the Federal Reserve lifts interest rates quicker than anticipated, it could drive up the dollar, prompting outflows.

“Demand is strong to get money out,” said Pauline Loong, managing director at research firm Asia-Analytica Pte. in Hong Kong. 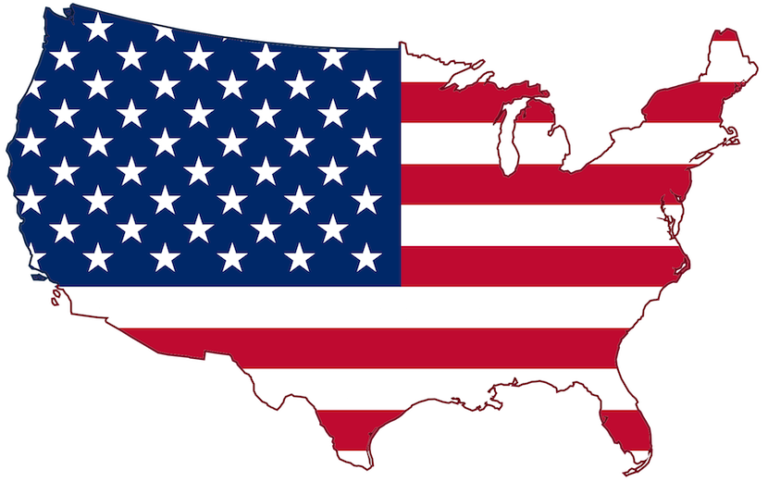 The problem, though, will likely remain how to bypass authorities seeking to rigidly enforce currency rules, said Dong, the Shanghai agent.

“The biggest obstacle now is how to get $500,000 out,” he said. And especially so if the U.S. Congress acts next month to more than double the minimum EB-5 investment.