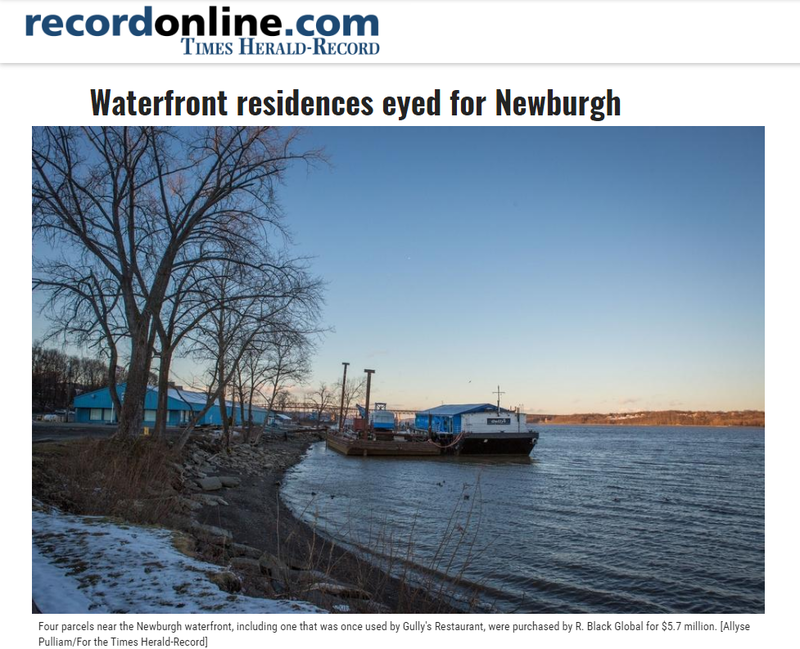 In 1947, Bill Kaplan moved his still-young Newburgh handbag business and its 20 employees to a rented floor in the six-story building owned by the Coldwell Lawn Mower Co. at the north end of Newburgh's waterfront.

Kaplan never left, taking over the building and renaming it. His Regal Bag building survived the waterfront's bust and Kaplan plans for it to be part of the next boom, one that has new player: a New York City developer that spent millions on four properties south of Billy Joe's Ribworks.

On Monday the City Council approved an option-to-purchase agreement with Kaplan covering a 2.7-acre parcel across from the Water Street side of Regal Bag, which is already home to artist studios and galleries

Kaplan sought the property as much-needed parking for a redevelopment plan in which he would retrofit the building with new residences and businesses.

Their current proposal calls for an $11.4 million, 57-unit first phase. Kaplan also plans to restore the building's bell tower and gatehouse, which could become home to a café; light the building at night; and extent the waterfront walkway through the property.

South of Regal Bag, R. Black Global spent $5.7 million on four City of Newburgh waterfront properties last September. Among the parcels is the one once used by Gully's Restaurant and the ones currently used as parking for the Newburgh-Beacon Ferry.

R. Black Global is proposing a mix of residences and commercial spaces, and has been looking to attract capital through the federal EB5 program, which allows foreigners investing in domestic commercial projects eligible for permanent residence in the United States.

"I think the City of Newburgh is poised, particularly if you couple the proposed Regal Bag development with what R. Black Global is doing," City Manager Michael Ciaravino said. "You suddenly have a whole different paradigm that's not theoretical