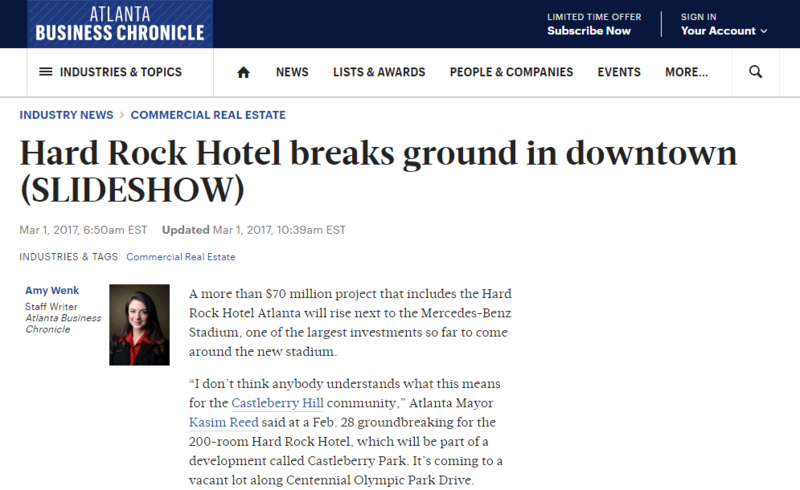 A more than $70 million project that includes the Hard Rock Hotel Atlanta will rise next to the Mercedes-Benz Stadium, one of the largest investments so far to come around the new stadium.

“I don’t think anybody understands what this means for the Castleberry Hill community,” Atlanta Mayor Kasim Reed said at a Feb. 28 groundbreaking for the 200-room Hard Rock Hotel, which will be part of a development called Castleberry Park. It’s coming to a vacant lot along Centennial Olympic Park Drive. 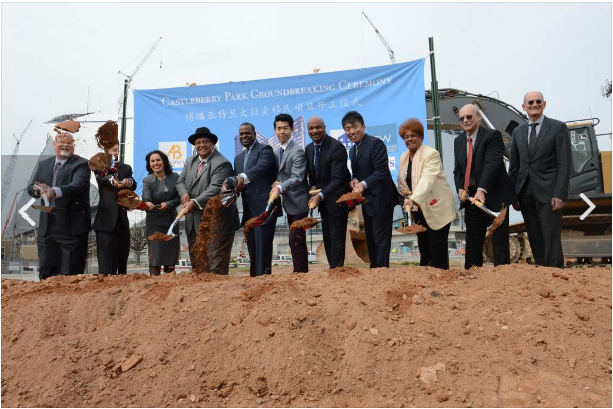 A Feb. 28 groundbreaking was held for Castleberry Park, a new project that will include the Hard Rock Hotel Atlanta

“With every development launched in the shadow of the new Mercedes-Benz Stadium, the city of Atlanta is keeping its promise and honoring its commitment to revitalize and reinvest in the city’s Westside,” Reed said.

The hope is for the Hard Rock Hotel to open in time for the 2019 Super Bowl, which Atlanta will host, said Frank Chen, general manager of Bolton Atlanta LP, the ownership group developing the project.

The project is being funded through the EB-5 program, part of the Immigrant Investor Program established by Congress in 1990 to stimulate the economy through job creation and capital investment by immigrant investors. 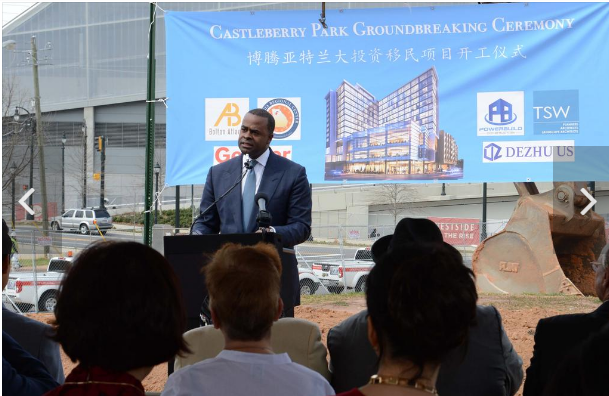 Gensler is the hotel architect and interior designer.

Castleberry Park will also include nearly 130 apartments, retail space, a park and 430 parking spaces. Reed said the project should “enhance the street life, character and walkability” of the neighborhood.

Carrie Sagel Burns, president of the Castleberry Hill Neighborhood Association, said the development should provide a new gateway into the community. 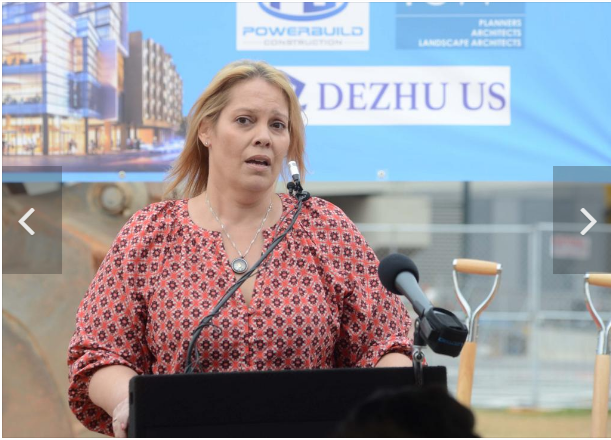 “We are a neighborhood separated from downtown by bridges,” Burns said. “So this is going to help bridge that gap."

She added, "Being branded a Hard Rock is probably the best one we could have imagined for the neighborhood being that we are Atlanta’s historic arts and loft district. The film, entertainment and music tie in with Hard Rock couldn’t be better.”

Invest Atlanta granted the project $4.2 million from the Westside Tax Allocation District (TAD). As a requirement, about 20 percent of the apartment units will be affordable housing, Reed said. 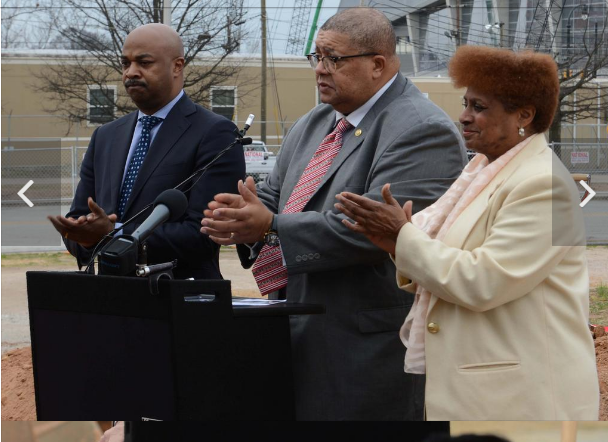 “Creating sufficient affordable housing is a big challenge for us,” Reed said. “As we grow, it’s vital that the folks who have always lived here and worked here get a fair shot at staying in this community. We want to make sure that Atlanta’s diversity is always a part of the future of our city. “

Atlanta architectural firm TSW is leading the design of the residential and retail space. Gallman Development Group, which has a long history in Castleberry Hill, is a consultant on the project. 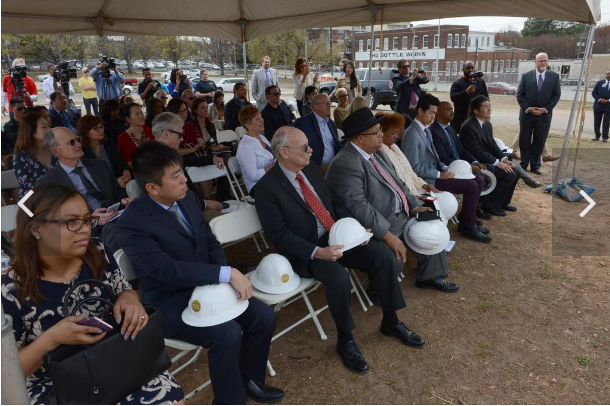 Images from the groundbreaking event for the Hard Rock Hotel Atlanta

Hard Rock International in November 2015 announced its plans to open a hotel in Atlanta. At the time, the company said that the hotel would include an outdoor swimming pool, rooftop bar and more than 10,000 square feet of meeting space.

Todd Hricko, head of hotel development for Hard Rock, said at the groundbreaking that the hotel design was still morphing. What drew the brand to Atlanta, he said, was the prime location in downtown.

“We think the synergy with the convention center and the new stadium with our brand will bring interesting things to the neighborhood,” Hricko said.