EB-5 Is Set To Expire In April -- Will Trump Push For Reform Or Extend? 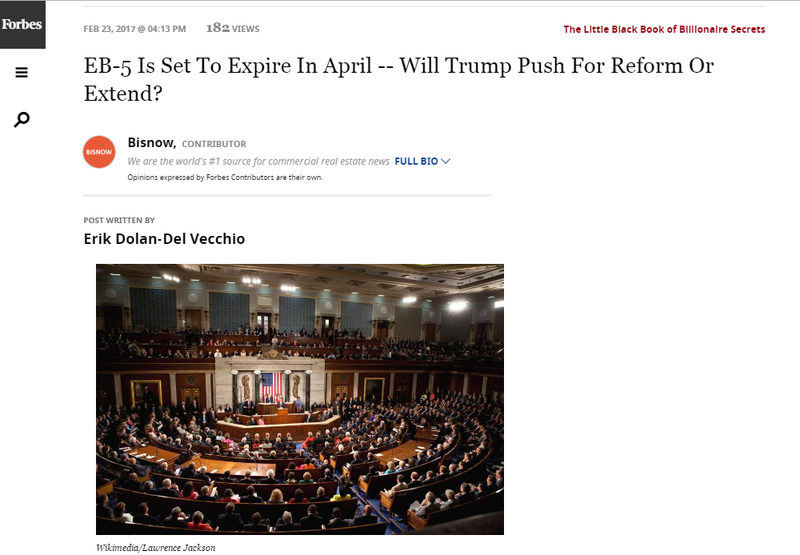 It is no secret that the EB-5 program is a politically contentious issue. Set to expire in April after being extended by Congress late last year, U.S. developers are unsure what position President Donald Trump and his administration will take on whether to keep it alive.

Experts said they do not expect the proposed EB-5 rules to survive in their current form, given the freeze Trump issued on all rules proposed under the Obama administration, GlobeSt reports. It is likely legislators will work with industry leaders to reform the program before it expires in April, according to US Immigration Fund lobbyist Ron Klein.

Sen. Dianne Feinstein already filed a bill to end the program, and while Klein said he does not expect that legislation to move, it will likely start a discussion in Congress over how to reform EB-5.