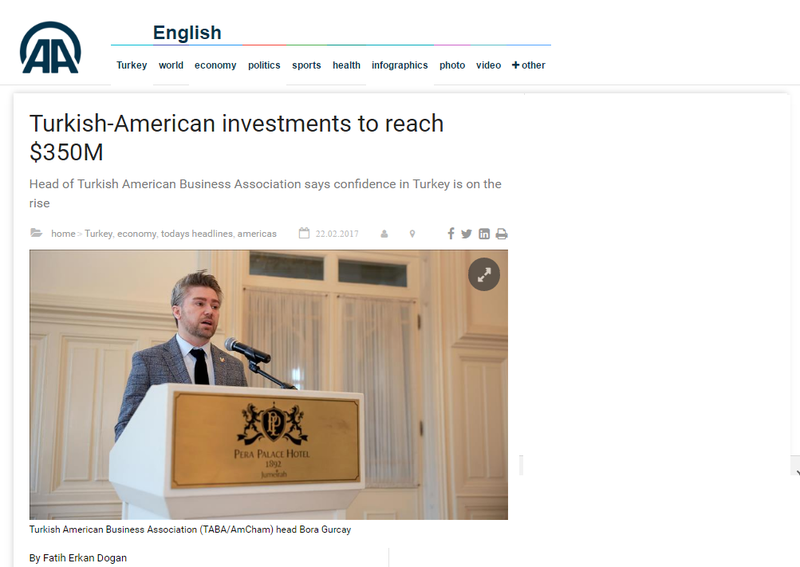 Investments in Turkey mobilized by the Turkish American Business Association (TABA/AmCham) in the first quarter of 2017 are expected to reach $350 million, the head of the association said on Wednesday.

Speaking at an event to promote the U.S. EB-5 visa scheme which enables foreign nationals investing in the U.S. to obtain residency, Bora Gurcay said both countries were willing to boost investments and trade.

Gurcay said companies under the TABA/AmCham roof were positioned at a vital point in economic relations between two countries as the American Chamber of Commerce (AmCham) was directly related to the U.S. president.

“This shows confidence in Turkey, in the region, is on the rise,” Gurcay said.

Stating relations between two countries were relatively calm during the Barack Obama administration last year in office, Gurcay said expectations were high on both sides for new era under President Donald Trump.

The EB-5 visa scheme enables foreign nationals who invest money -- at least $500,000 -- in the United States, or who create or preserve at least 10 jobs for U.S. workers, to obtain permanent residency.