The inauguration of  Donald Trump as President of the United States in a few days is not only impacting the American political landscape, but has also sparked a cabinet shuffle in Canada. From an immigration point of view, Trump's policy related to "America first" as it is applied to  jobs is a key area of concern, especially regarding professional jobs created through the NAFTA free trade agreement.

Without being in Trump's office or on his transition team, it is difficult to tell exactly what he has in store. Maybe Trump does not intend to abrogate the NAFTA agreement regarding immigration. On the other hand, should Trump decide to make changes, thousands of Mexican and Canadian ex-pats working in professional occupations in the United States and thousands of American professionals working in Mexico and Canada could be impacted.

Canadian Prime Minister Trudeau's cabinet changes in anticipation of Trump's arrival have been quite dramatic.  He has designated Chrystia Freeland as the new Minister of Foreign Affairs to deal with America.  Described by the media as someone with excellent U.S. contacts in view of her former career as a financial journalist who worked in New York, Freeland more recently helped seal Canada's free trade deal with the European Union in her post as the former Minister of International Trade. That success raised her profile and helped secure the foreign affairs portfolio. 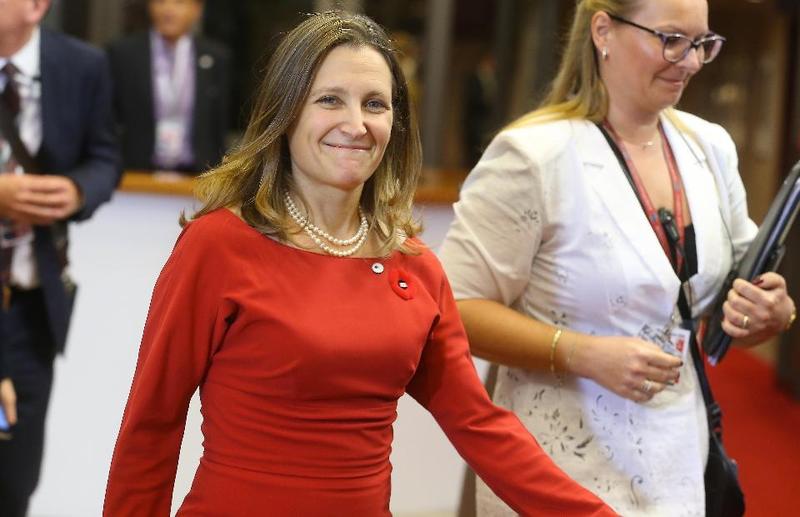 Chrystia Freeland, Canada's new Minister of Foreign Affairs, has been assigned the key responsibility of dealing with America following Trump's inauguration as President. Freeland will have to deal with any NAFTA changes and work with other Canadian ministers to set new policies for Canada in the areas of trade, investment, immigration and refugees prompted by Trump's agenda.

The Canadian cabinet shuffle has other noteworthy immigration implications as well. Freeland is being replaced in her previous International Trade portfolio by François-Philippe Champagne. Champagne, described in the media as ambitious and energetic, is tasked with attending to trade deals with other countries, like China and Japan, and also with attracting investment capital to Canada.

In regard to China, the fact that John McCallum, the Minister of Immigration, Refugees and Citizenship and a senior minister in Trudeau's cabinet, has been tapped to become the new Ambassador to China, signals that Canada wants to improve its stature with that country. Talks to create a new free trade agreement and the recent Canadian federal government approval of the Kinder Morgan pipeline to export Alberta oil through the West coast appear to be steps taken to open a new Canadian economic lifeline to China in case things don't work out so well with Trump's America. Champagne will need to work with McCallum closely for these reasons, but for others as well.

For one thing, it appears that the Trans Pacific Partnership is in trouble. Champagne will have to work with McCallum on that one. More importantly, however, from an immigration perspective, a recently announced upcoming change in the American EB-5 investor immigration program could impact on Champagne's work. 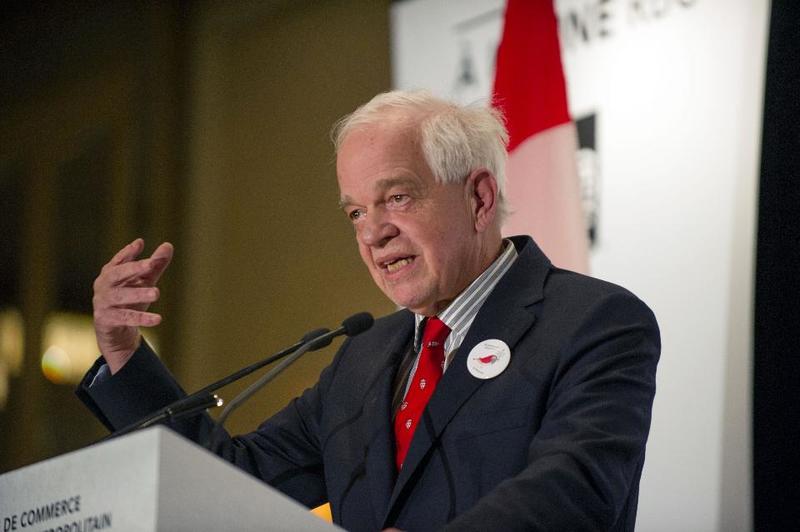 For many years Chinese investors have made up the vast majority of the immigrants to the United States in the EB-5 program. In recent years some 80 percent of the EB-5 immigrants were Chinese who invested as little as $500,000 U.S. to get permanent residence. The announcement of the U.S. Citizenship and Immigration Service has called for increasing the amount to qualify for investor immigration up to a minimum $ 1.3 million. This is relevant to Champagne's new job because of an opportunity it may create for Canada.

One of Champagne's new tasks is to attract capital investment into the country. In that regard, recently the Conference Board of Canada held a conference on the theme of introducing a new federal investor immigration program in that country.

The fact that the amount required to be eligible to immigrate to the U.S. under the EB-5 program has gone up, when added to the growing backlog of Chinese EB-5 investor immigrants, presents an ideal opportunity for Champagne to work with McCallum and Canada's new immigration minister to create a new federal investor immigration program to compete with the American one. Were Canada to introduce a new investor program at the $ 1 million level for example, it would be highly attractive to Chinese investors because it would be less than what the Americans require, it would not involve waiting in a backlog like the U.S. program does, and it would present the Chinese investors with a chance for them and their families to escape some of the environmental, congestive and general anxiety problems of life in today's China. From Canada's point of view such a program could help to address some major financial issues, such as the Canadian municipal infrastructure deficit, for example.

Much has been written on this theme already. It is definitely an area for the federal government to explore.

That may not be the direction Canadian immigration policy will take, however, judging by the appointment of the new Minister of Immigration, Refugees and Citizenship. Ahmed Hussen is the first Somali-Canadian appointed to Cabinet and he was a former refugee to Canada. The new Minister will likely want to focus on increasing the number of refugees coming to Canada. While there is still room in Canada for more refugees, I have made the point previously that Western policy related to refugees needs to consider the fact that no matter how generous America and Canada may be in terms of allowing new refugees to come here, it will never be enough given the fact that there are 65 million displaced persons in the world today. What is needed is a foreign policy initiative that will serve to help refugees overseas where they are with better living conditions at a cost substantially lower than in North America. If refugees are genuinely a concern for Canada and the U.S., this should be another matter for Hussen and Freeland to look at and for the new Canadian cabinet to work on with America. 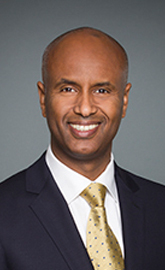 Ahmed D. Hussen, Canada's new Minister of Immigration, Refugees and Citizenship. A former refugee from Somalia, Hussen is likely to focus on bringing more refugees to Canada but will have to work with Chrystia Freeland, the Minister of Foreign Affairs, if he wants to meaningfully help the 65 million displaced people overseas.

In terms of Hussen's new responsibilities and Trump's imminent arrival, Hussen would also do well to help Freeland underline U.S.-Canadian Cooperation as a model to follow in regard to Trump's vision of dealing with the Mexican border.  Hussen will also have to be involved with the  NAFTA issues previously mentioned as well.

Andy J. Semotiuk is a U.S. and Canadian immigration lawyer with offices in New York and Toronto. He is a published author and a former UN correspondent. Learn more at My Work Visa.