Judge weighs decision in dispute over work at Tenney Mountain 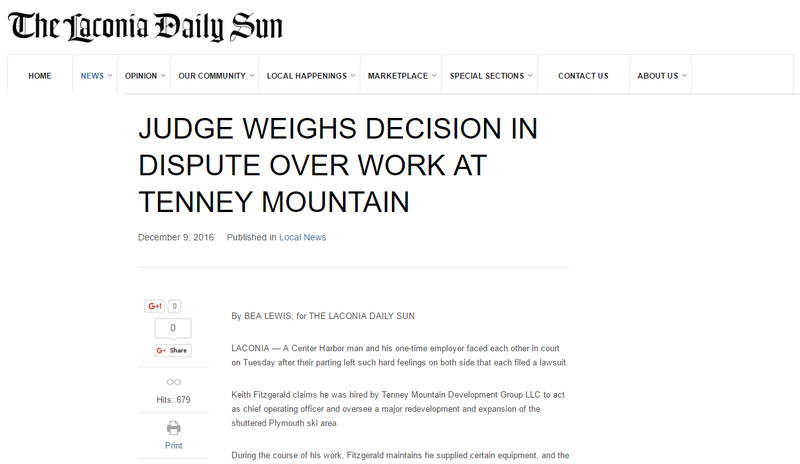 A Center Harbor man and his one-time employer faced each other in court on Tuesday after their parting left such hard feelings on both side that each filed a lawsuit.

Keith Fitzgerald claims he was hired by Tenney Mountain Development Group LLC to act as chief operating officer and oversee a major redevelopment and expansion of the shuttered Plymouth ski area.

During the course of his work, Fitzgerald maintains he supplied certain equipment, and the understanding between the parties was that a tractor and other heavy equipment were to be used during the project and that Fitzgerald would be compensated for their use.

Previously, a judge granted Fitzgerald a $375,000 attachment against the ski area's real estate pending resolution of the dispute.

Meanwhile, Michael Bouchard, the president of TMDG, who is not named as a defendant in Fitzgerald's suit, filed a counterclaim alleging that he was duped into giving Fitzgerald money under false pretenses.

Attorney James Laura of Concord, who represents Tenney Mountain Development Group LLC, acknowledged during the hearing that Fitzgerald owns the equipment that is the source of the litigation, but told the judge it is being held as collateral for the money Fitzgerald was loaned and has failed to repay.

"It's odd how the relationship started," Laura said, asserting that Bouchard's vision was to redevelop the defunct ski area and that Fitzgerald learned of those plans and approached him, saying he had considerable experience in securing EB-5 funding and that his company Golden Gate Investment Advisers could make TMDG a Regional Center for all other EB-5 activities.

The EB-5 program was approved by Congress in the 1990s, with the goal of stimulating the economy and job growth by giving foreign nationals the chance to become permanently legal residents in exchange for investing at least $500,000 to create or preserve at least 10 jobs for U.S. workers. Laura told Judge James O'Neill that Fitzgerald showed Bouchard a stack of documents that proved false and noted that Golden Gate is not even registered as a business entity with the New Hampshire Secretary of State.

But attorney Rob Hunt of Franklin, who represents Fitzgerald, asserted that neither TMDG nor Bouchard has ever sent his client a demand for payment or ever produced any evidence of a promissory note or other loan document.

While Bouchard claims he lent Fitzgerald $20,000 to post bail on unrelated criminal charges, Hunt said, his client's arrest came 3.5 months after the alleged payout and that the court released Fitzgerald on personal recognizance that required the posting of no cash.

"Basically, they're holding the property ransom without giving a ransom amount," he asserted.

According to Laura there were no written contracts.

"Mr. Bouchard is a Knight of Malta and took Keith Fitzgerald on his word, helped him out when he thought he was in trouble as Fitzgerald had been helping him," Laura said.

Instead, Laura claimed that Fitzgerald misrepresented himself and his qualifications which prompted his client to pony up $30,000 to retain a consultant and lawyers to work on securing EB-5 financing. While the retainers were paid, Laura told the judge that Fitzgerald was able to convince the recipients to return the money, which he then pocketed.

"This was a good faith loan with nothing in writing between what we thought were two gentlemen," Laura said.

He asserted that Fitzgerald "conned his way" into the project, and then began "slandering" Bouchard to the investors.

The redevelopment of the ski area is a $450 million project and Fitzgerald's allegedly slanderous statements to investors have cost Bouchard 10 percent or $4.5 million, Laura claimed. The dispute has stalled the project and unsettled investors.

Hunt pointed out that the defendants have never provided the dates of the purported loans or whether they were made via cash or check. Bouchard's complaint to the New Hampshire Attorney General's Office about Fitzgerald prompted an investigation and a review of his client's books and his IRS 1099 showing the income he received as a
contractor.

Hunt has asked the court to order the return of a number of items key among them a 4-by-4 tractor with multiple attachments, a zero-turn mower, a brush mower, a 1955 Willey's Jeep, a Honda ATV, a Motorola radio system with repeater and transceiver, a freestanding 75-foot tower, five mobile radios, a drill press and 4,000 feet of premium pine
lumber. During Tuesday's hearing, Laura represented that TMDG spent $6,000 to make the needed repairs to get the Mahindra tractor running.

Fitzgerald, 50, has been charged with five counts of theft by unauthorized taking and one count of receiving stolen property in connection with his alleged handling of his late father's assets. He recently declined the terms of a plea deal and his trial is now scheduled to begin in February 2017.

Judge O'Neill took the motions in the civil case under advisement and will issue a written order sometime in the next 90 days. 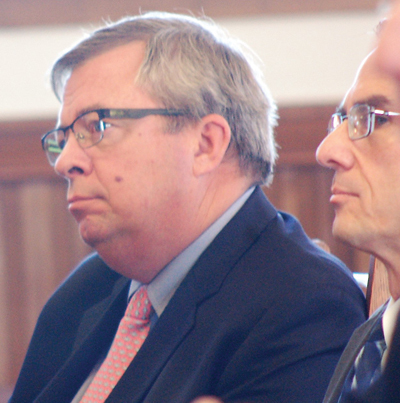 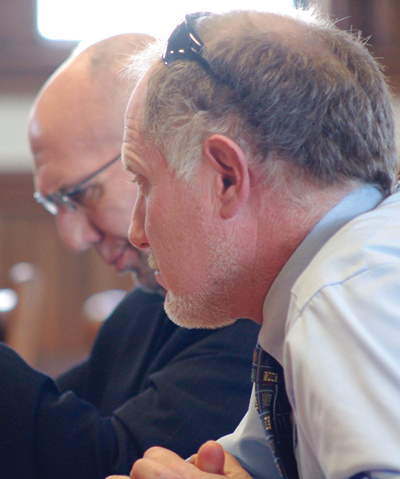