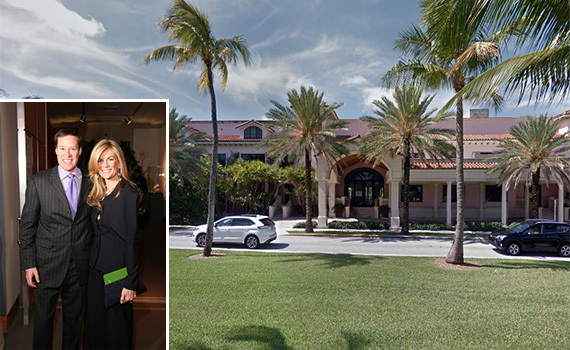 More than 50 Chinese and Iranian investors filed a lawsuit against the developers of the Palm House condo-hotel project, alleging they were defrauded out of $50 million.

The foreign nationals invested $500,000, each, into the Palm House development at 160 Royal Palm Way, the minimum amount required to be eligible for a visa through the EB-5 investor program. They are suing 33 defendants, including developer Robert Matthews and his wife Mia Matthews, brother Gerry Matthews, Ryan Black, Joseph Walsh and Joseph Walsh Jr.

Instead of remaining in the developers’ escrow account, the $50 million investment was “improperly transferred from the escrow account to other accounts and pillaged for the personal pleasure of the conspirators,” according to the Palm Beach Daily News, citing the lawsuit. The suit alleges the money was used to buy homes, luxury cars, a 151-foot, nearly $6 million yacht, and even to pay off millions of dollars of personal debt.

With construction projects, EB-5 funds are typically used secondarily to bank financing and developer equity, in this case a $29 million bank loan and more than $22 million of developers’ cash. The investors were told their money would remain in the escrow account until the government approved or denied their immigration application. No jobs were created, which are required for the EB-5 visa program, and no visas issued, according to the suit.

The investors claim a number of false promises were made, including that the developers told the investors that Bill Clinton, Donald Trump, Celine Dion, Bill Koch and Eric Schmidt would be part of the Palm House Advisory Board. They allegedly went so far as to take immigration agents to a Mar-a-Lago charity event to meet Trump to show Matthews “was an important, wealthy and trustworthy member of American society and on par with Donald Trump.”

The suit seeks to place a lien on Matthews’ Palm Beach home.

The condo-hotel project, which developers said would be worth $144 million once completed, has had a number of different owners including Wellington developer Glen Straub, and has been under construction since 2007. The investors said in the lawsuit that it was supposed to be completed for the 2013-2014 season, according to the newspaper.  [Palm Beach Daily News] – Katherine Kallergis