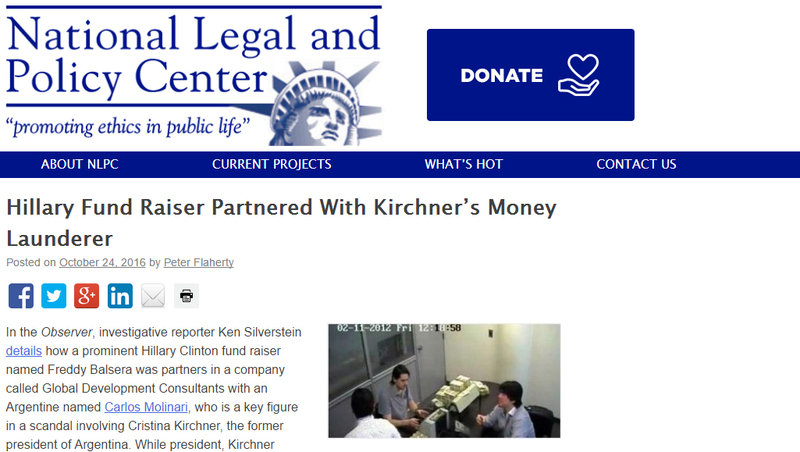 Kirchners-lootIn the Observer, investigative reporter Ken Silverstein details how a prominent Hillary Clinton fund raiser named Freddy Balsera was partners in a company called Global Development Consultants with an Argentine named Carlos Molinari, who is a key figure in a scandal involving Cristina Kirchner, the former president of Argentina. While president, Kirchner received tens of millions in kickbacks on government contracts and moved the cash out of the country. Prosecutors believe that much of the loot ended up in Florida.

Curiously, in May 2011 Global Development Consultants and another firm formed an LLC called Stambul Ventures to manage the luxury Langford Hotel in downtown Miami. Molinari’s divorce records, which included a list of his assets, and Florida corporate records show that he had an interest in the property as well.

The Langford’s developers raised millions — 35 percent of the total costs — through the State Department’s EB-5 visa program to underwrite the renovation of the property, which was previously a historic bank. They applied for the funding in 2012 and began receiving the money in 2015.

In order to apply for the EB-5 visa, a foreigner must invest $500,000 in a project that produces at least 10 jobs in a rural or high unemployment area – or $1 million elsewhere. “Critics of the visa program say it amounts to little more than buying a visa and it benefits the wealthy more than the high-unemployment communities it’s supposed to help,” NBC News said.

According to Tom Anderson, director of NLPC’s Government Integrity Project, who provided Silverstein with information on the Lankford, “The hotel project just stinks. There is a lot more to this story.”

Balsera is a fund raiser and political consultant. He is credited with crafting the language for much of Obama’s Spanish ads in 2008. He was an Obama bundler and now serves as co-Chairman of the Democratic National Committee’s Hispanic Leadership Council.

Balsera apparently sought to scrub evidence of his partnership with Molinari from the Internet. From Silverstein’s article:

I obtained — from the National Legal and Policy Center, which provided key research for this story — a screenshot from the firm’s old website. It shows that Global, registered in Florida, was created by Balsera and Molinari. A third major player at the firm was Diego Molinari, Carlos’ son, who was identified on the now scrubbed Global website as CEO and executive vice president. 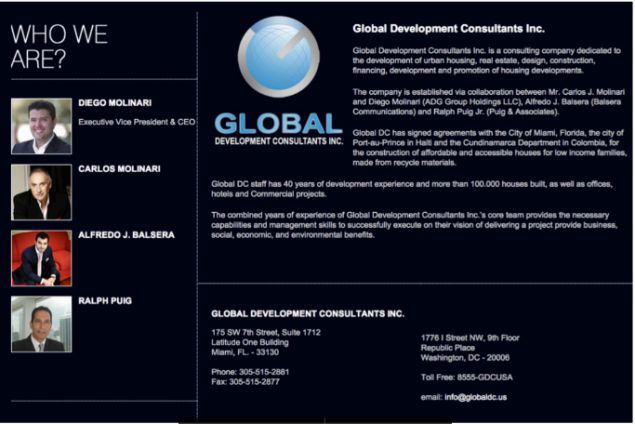