Here’s How Much it Costs For Rich People to Buy U.S. Citizenship 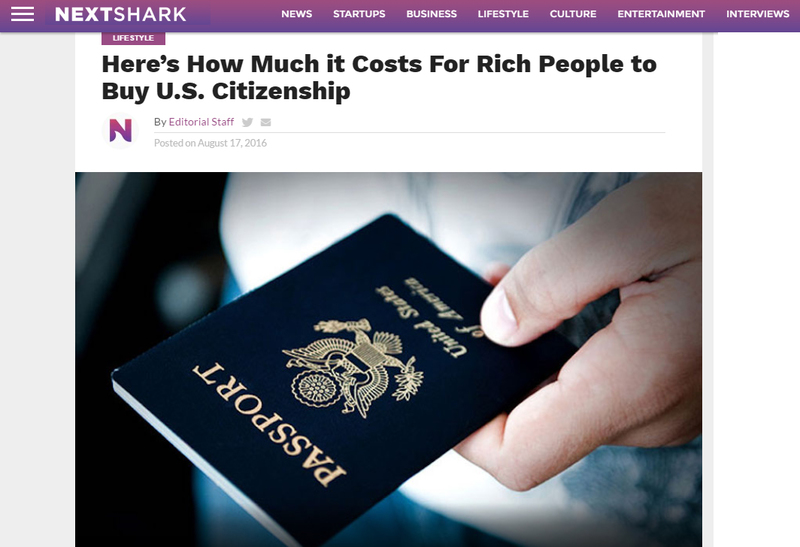 For rich foreigners trying to find a quick way to emigrate to the U.S., they can essentially buy citizenship or residency if they’re willing to make a sizable monetary investment.

In 2015, the U.S. used up its annual supply of EB-5 visas for the second year in the row due to the huge wave of rich Chinese applicants, according to CNN. In 2014, 90% of EB-5 visas were issued to Chinese nationals, compared to 13% in 2004. People in China see these programs as a way to escape their heavily polluted country and seek better education for their children.

But the U.S. is not the only country that offers these programs — Canada, Australia, Singapore and others offer similar visas to foreigners willing to make an investment. Check out the chart below compiled by the International Monetary Fund.

Countries offer these programs because it helps bring more money into their economy, thereby potentially increasing their GDP. Investors are spending $2 billion a year across the globe on programs similar to the EB-5, according to a 2014 report by Henley & Partners.