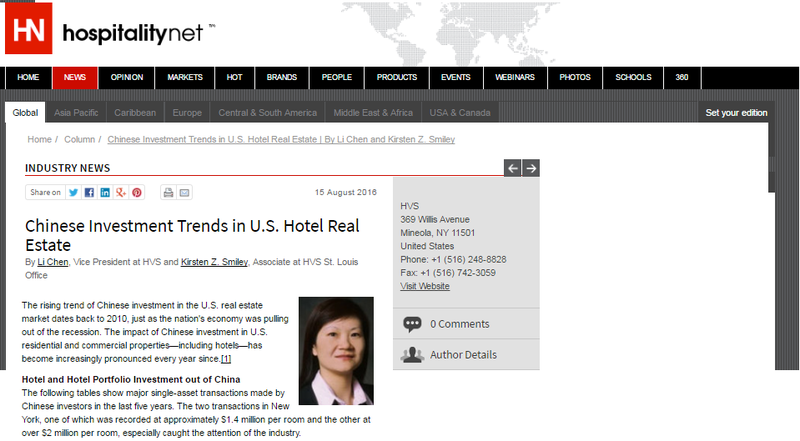 Hotel and Hotel Portfolio Investment out of China
The following tables show major single-asset transactions made by Chinese investors in the last five years. The two transactions in New York, one of which was recorded at approximately $1.4 million per room and the other at over $2 million per room, especially caught the attention of the industry.

The last decade has brought a surge of Chinese visitors to the U.S., an impetus for Chinese investment in hotels in U.S. gateway cities. According to the National Travel and Tourism Office, 2.19 million Chinese visitors traveled to the U.S. in 2014, a 21% increase over the prior year; these visitors contributed over $2.3 billion in travel spending. Moreover, U.S. inbound travel from China is expected to continue to grow, and Chinese investors have been focusing on acquiring mid-scale hotels to capture the demand from the country's middle-class. 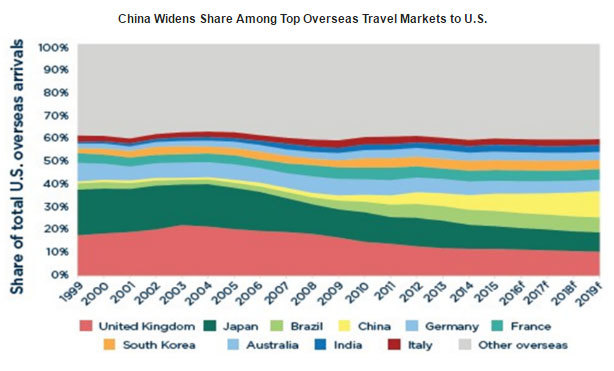 Concerns about the market slowdown in China and the devaluation of the Yuan led Chinese investors to seek a safer investment environment or a better return. According to the Asia Society, "Chinese investors are attracted to U.S. markets given [the higher] return potential, array of investment opportunities, economic and property market stability, strong foundation of property rights, and the sheer size and maturity of the market." According to the Rosen Consulting Group (RCG), Chinese commercial real estate acquisitions in the U.S. totaled $17.1 billion from 2010 to 2015. Hotel investments totaled $3.7 billion, or 21% of the total commercial real estate acquisitions.

A growing number of Chinese individual investors are using EB-5, an immigration program, as a vehicle to invest in U.S. hotel developments. The EB-5 regional center program has become an effective tool for fostering investment and creating jobs within the U.S. In the wake of the economic downturn, the EB-5 program has emerged as a viable alternative to traditional financing. According to the State Department, over 80% of visas issued through the EB-5 program are from China. Investors who use this investment tool are heavily motivated by the opportunity for U.S. residency and its associated benefits of educational opportunities and higher quality of life.

The EB-5 program has continued to be an alternative financing tool for commercial real estate development as construction-loan qualification requirements become more restricting. On December 16, 2015, the EB-5 visa program was officially extended through September 30, 2016, as part of the omnibus spending bill reached by Congress.

Institutional investors are attracted to the potential returns on a hotel project, along with the opportunity to expand their presence in the U.S. These institutional investors include insurance companies, such as Anbang and Sunshine Insurance, as well as some of the largest Chinese real estate developers and operating companies, including Greenland Group, Wanda Group, and Oceanwide.

The following details some recent Chinese investments in U.S. hotels.

Private and institutional Chinese investors have learned to work with local professionals, hire local people for their projects, and become increasingly knowledgeable about the local market and hotel transactions in the U.S.

HVS research has uncovered the following trends, which have become predominant in Chinese investment over the past several years.

Will the recent trend of Chinese investment be a repeat of Japanese investment in U.S. real estate in the early 1990s? While there are some similarities between the two cycles of investment, there are also distinctions. For one, individual Chinese investors are more conservative in buying in at reasonable prices and express a cautious interest in learning how to maintain real estate in the U.S. Furthermore, Chinese institutional investors have demonstrated an investment approach that values capital preservation and long-term business goals.

There have also been concerns about whether the investments from China are sustainable given the slowing Chinese economy. But it should be emphasized again that Chinese companies are looking at U.S. real estate as a stable way to diversify outside their own economy. Chinese buyers continue to invest heavily in U.S. real estate, especially in gateway markets in New York and California. Hence, the wave of Chinese investment in U.S. real estate appears anything but negligible or short-lived.