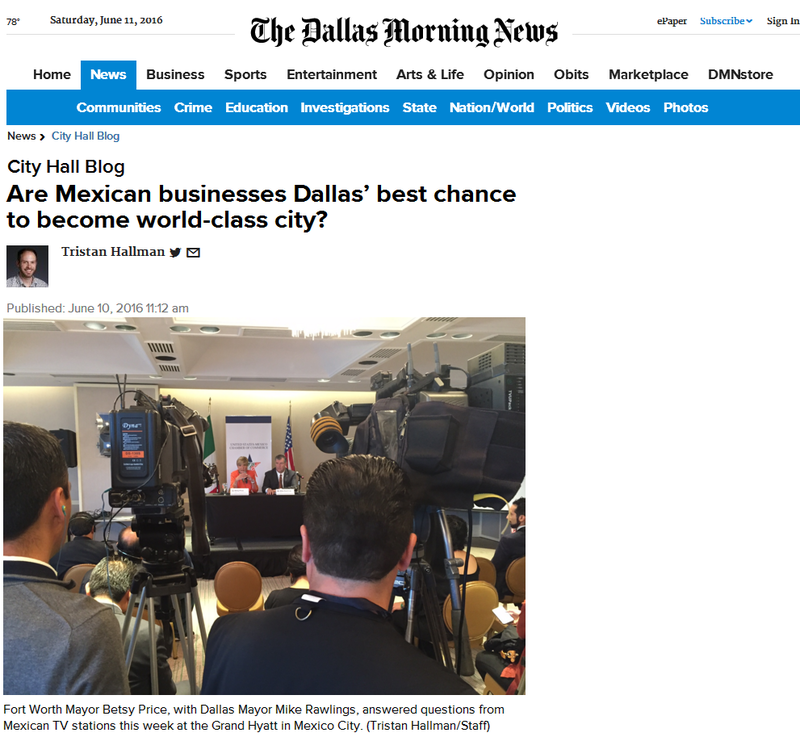 Before consultant Joshua Levy met a North Texas delegation of business leaders this week, he joked that all he ever knew about Dallas was that it was “hot and humid.” And he didn’t care much to find out more.

But the Los Angeles-raised Mexico resident came away much more curious after the meetings.

“I had the impression that there is a lot of business there,” Levy said. “I’m interested to see what’s there.”

He’d see the biggest city in a bustling region with a nearby international airport. Yet, the city often misses out on major international business. Mexico, despite challenges, might be the city’s best shot to change that and help make Dallas a world-class city — not just part of a world-class region — for business.

That’s why the North Texas delegation took a four-day trip to Mexico’s capital. Both Mexico and Dallas already have strong ties and plenty to gain by doing business. The face-to-face connections help strengthen those bonds.

But Dallas “doesn’t know how to spell international,” said Al Zapanta, CEO of the U.S.-Mexico Chamber of Commerce. 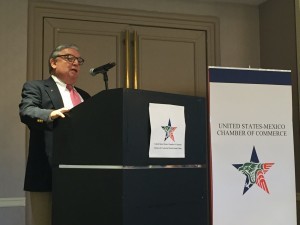 Houston has historically been viewed as the more international destination in Mexico. Energy-centric Houston is home to nine companies in Fortune’s Global 500, as well as a U.S. headquarters for another, compared with just two based in Dallas.

Zapanta, who works in Irving, said Dallas Mayor Mike Rawlings understands the need to compete on the world stage. The mayor has made a priority of putting Dallas in the national spotlight whenever possible.

In business, that means reeling in big companies. And in a global economy, Dallas Regional Chamber of Commerce CEO Dale Petroskey said, the city has two major targets: businesses in Japan — Toyota chose Plano for its new U.S. headquarters — and Mexico.

“Mexico, just by virtue of geography, is a natural,” Petroskey said. “It feels very familiar.”

But Mexico has been plagued by poverty and the stigma of murders and cartel-related violence and the flow of immigrants who come to the U.S. illegally. Dallas bears some of that burden. For instance, violence related to gangs and drugs has helped spark a crime spike this year. 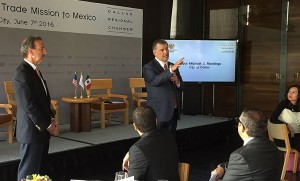 They believe that their privatization efforts and their demographics — the middle class is growing and the country is young — position the country for a brighter economic future. They hope the Trans-Pacific Partnership, a trade agreement among 12 countries including the U.S. and Mexico, is ratified.

“In particular, Mexico has been doing quite well in comparison to the rest of Latin America,” he said.

“The city of Dallas is one of the most important cities in terms of business growth for Mexican and U.S. companies,” he said. 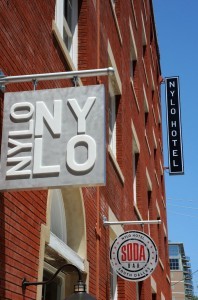 Dallas has relied on some Mexican-owned businesses and money to grow. The city for years has taken advantage of the EB-5 visa program, which allows wealthy Mexicans to obtain permanent residency in the U.S. for a price: an investment of at least $500,000 that creates at least 10 jobs for Americans for two years.

Karl Zavitkovsky, Dallas economic development director, said investors are willing to throw their money in at a lower-than-usual rate of return because of the incentive.

The list of projects that have been aided by $330 million in EB-5 visa capital is notable: the Dallas Farmers Market redevelopment, the West Dallas Skilled Nursing Facility, the NYLO Hotel in the Cedars, the Element/Aloft Hotel near Love Field, the Hall Arts/KPMG Plaza and the Marriott Residence Inn near the Canyon.

Civitas Capital, which manages EB-5 money, has moved 1,000 families to the U.S. for the project. Rafael Anchia, a state representative from Dallas and partner with the group, said the vast majority of them are in Dallas.

The North Texas delegation’s presentations to wealthy Mexican business owners opened some eyes. When the Mexican business leaders introduced themselves, many said they were considering hip Austin or Houston, but now believed North Texas could be the right spot for them.

“There was a Mexican company that actually told me, ‘I didn’t realize the north of Texas has so many things,’” Vadillo said.

But that’s where the trouble is: The entire region has so many things — not just Dallas.

Rawlings acknowledged that Dallas-Fort Worth sells better than Dallas alone. Fort Worth Mayor Betsy Price and regional giants such as Fort Worth-based American Airlines and Irving-based Exxon Mobil bolster his case to foreign businesses, he said.

Still, a win at the regional level leaves Dallas to compete with Fort Worth and Irving and Frisco and Plano.

And even Rawlings’ big relocation announcement during the Mexico City trip — Softtek’s North American headquarters — could end up in the loss column for Dallas. The company is still deciding between Dallas and Irving. 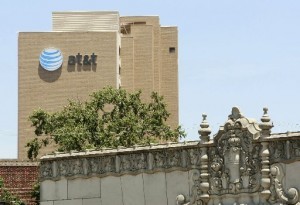 Petroskey said Dallas has some natural advantages. Some companies prefer the downtown environment with public transit. The affordability of southern Dallas could help in the future. And although no one mentioned it during the trip, Cypress Waters has given the city a competitive business location near the airport.

Those who want large campuses would have found suburbs more at home anyway. Petroskey said it’s good that the region offers both options. Other businesses will inevitably cluster around them and could end up in Dallas.

“Companies who are looking for something that fits their needs find the Dallas region very attractive,” he said.

Rawlings said his job has to be to make Dallas as exciting as possible to companies. But he can’t even play if everyone else’s minds are on Houston.

“I’m a believer in making sure I practice what I preach,” he said. “On global economies, let’s not hunker down and say the other guy is the enemy. That’s why I’m a big free-trader in some regards. The same thing goes for the region. We need to win as a region, and Dallas needs to compete with that. And I think we can.”