US attracts $3B investment with green card offer 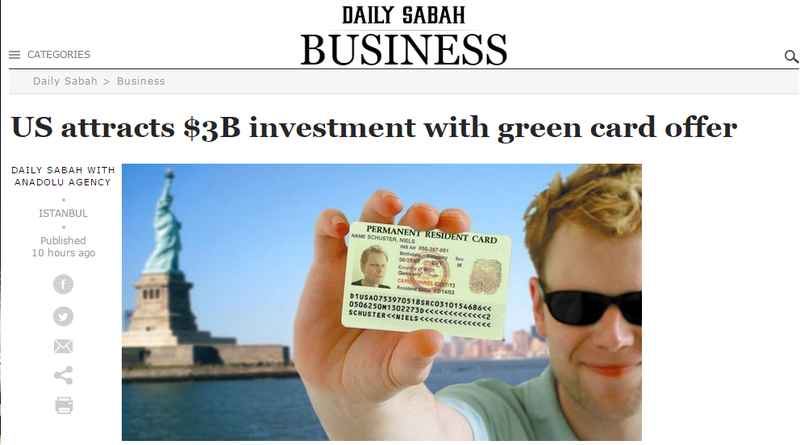 If foreigners invest $500,000 in a project that is conducted at state-approved regional centers inside of the U.S as part of the EB-5 investor program, they and their family members will be firstly given two-year green cards and then life-long green cards. When they get temporary green cards for two years, foreign investors can settle anywhere they want in the U.S. and obtain the right to establish business or work at a company. Akaydın said, "They can benefit from education and health services like other U.S. citizens. However they cannot vote in elections, and they are not given U.S. passports."

In case foreign investors do not want to settle in the U.S. as soon as they obtain green cards, they can protect the validity of their green cards by entering and exiting the U.S. at least once a year. Furthermore if they spend at least two-and-a-half years out of the five-year period in the U.S., they can obtain U.S. citizenship rights and passports. In accordance with the dual citizenship agreement, they will not lose their Turkish citizenship rights, remaining citizens of both countries.

You are wrong. The US attracted over $7 billion in 2015. Investors must invest their $500k when they submit their I526 applications, of which more than 90% will be approved. In calendar 2016 more than 17,600 I 526s were filed.
Also green card holders must do more than enter the US once every 12 months. Your statement is misleading and dangerous. People should get the real facts from a US Immigration attorney.