Ever since the 18-story, 450,000-square-foot office tower was completed in 2015, Hall has been eyeing the next phase of Hall Arts and this deal would give him enough cash to move ahead on a luxury high-rise and boutique hotel.

Hall, chairman and CEO of Dallas-based Hall Group, has told me he'd like to get underway on the next phase of Hall Arts this year, but "we have a lot of ducks to get in a row." 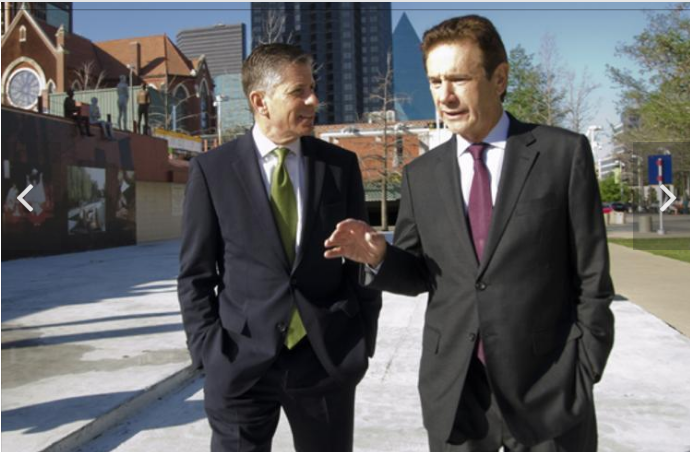 The deal was an off-market transaction and the terms were undisclosed. Real estate sources estimate the deal closed at $500 per square foot, or roughly $225 million.

Hall Group confirmed the transaction, but declined to disclose details of the deal, which real estate sources interpret as Hall Group is maintaining control over the property.

"A transaction involved KPMG Plaza at Hall Arts was executed through a complex financial arrangement and by an agreement of parties to remain confidential, but our day-to-day role at the property has not changed," said Hall Group spokeswoman Ellen Marsau.

"We are still actively operating, maintaining and leasing KPMG Plaza, and we remain deeply dedicated to the growth of the Dallas Arts District neighborhood and our long-term investment at Hall Arts," he added.

The complex deal likely refers to the project getting some EB-5 funding, an immigrant-investor program that was created in the early 1990s. It grants green cards to immigrants whose investments create or save at least 10 full-time jobs in the United States. 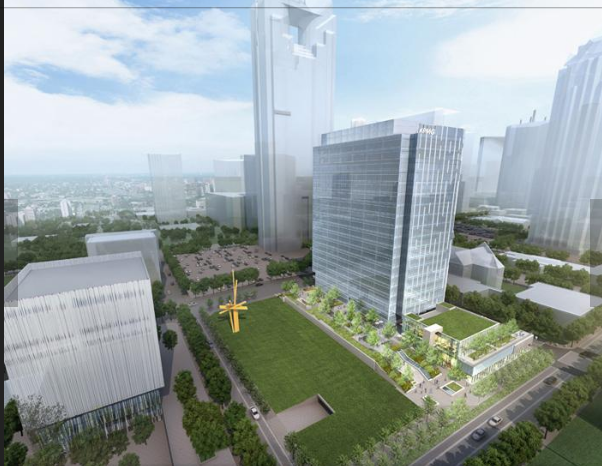 By selling off KPMG Plaza, Hall will be able to begin the second phase of Hall Arts, a luxury condo and boutique hotel tower.

The 11-story, 231-room boutique hotel will sit over two levels of public space and will include enough real estate to house restaurants and a 7,000-square-foot meeting space. A hotel flag has yet to be named to the tower.

The 44-unit condo portion of the tower, called the Hall Arts Residences, will stretch from the 12th to the 25th floor of the tower.

In the next few years, Hall told me he plans to begin working on plans for a development site across Ross Avenue from the rest of Hall Arts in the Arts District.

Plans at this stage for phase III of Hall Arts include a 50-story office and condo tower with possible restaurant space on the ground floor of the building.