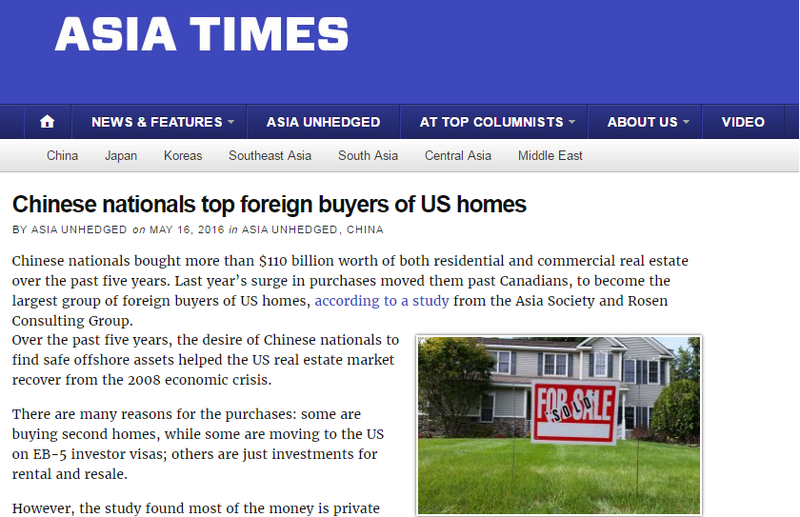 Chinese nationals bought more than $110 billion worth of both residential and commercial real estate over the past five years. Last year’s surge in purchases moved them past Canadians, to become the largest group of foreign buyers of US homes, according to a study from the Asia Society and Rosen Consulting Group.

Over the past five years, the desire of Chinese nationals to find safe offshore assets helped the US real estate market recover from the 2008 economic crisis.

There are many reasons for the purchases: some are buying second homes, while some are moving to the US on EB-5 investor visas; others are just investments for rental and resale.

However, the study found most of the money is private wealth, not corporate. And since last year, there has been motivation to get money outside China and into dollar assets amid worry about the continued fall in the yuan, which was devalued against the dollar in August.

Yet, even as Beijing clamps down on capital outflows and purchases slow down, the study still expects to see sales double to $218 billion during the second half of this decade.

“What makes China different and noteworthy is the combination of the high volume of investment (and) the breadth of its participation across all real estate categories,” including a “somewhat unique entry into residential purchases,” the study said. 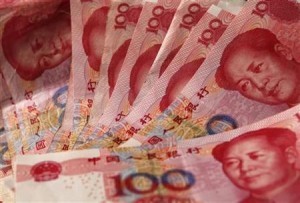 Between 2010 and 2015, Chinese buyers put more than $17 billion into US commercial real estate, with half of that just last year. During the same period at least $93 billion went into US homes.

For the 12 months ended March 2015, the latest period for which relatively comprehensive data could be gathered, home purchases totaled $28.5 billion.

“This familiarity of utilizing real estate as an investment or wealth preservation tool is more prevalent in China and reflects the broader comfort of purchasing second homes in the United States by Chinese individuals and families,” the study noted.

The study says it expects a lot more commercial real estate buys in the United States by Chinese companies.