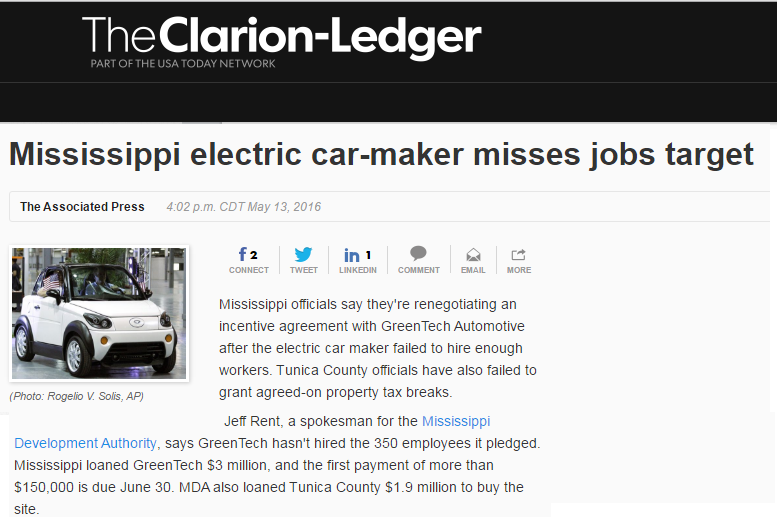 Jeff Rent, a spokesman for the Mississippi Development Authority, says GreenTech hasn't hired the 350 employees it pledged. Mississippi loaned GreenTech $3 million, and the first payment of more than $150,000 is due June 30. MDA also loaned Tunica County $1.9 million to buy the site.

GreenTech has raised money from Chinese people who can obtain U.S. residency by investing $500,000.