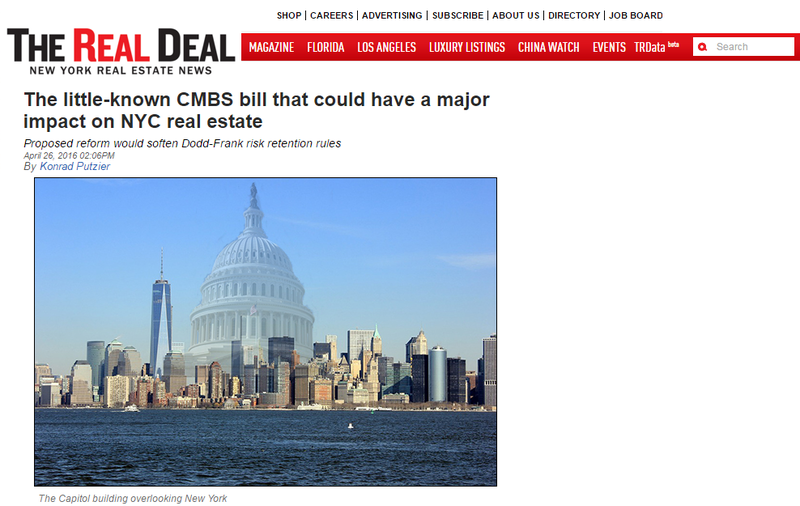 New York’s real estate industry is keeping a close eye on Capitol Hill – and not just because the U.S. Senate is debating the future of the EB-5 visa program. In March, the House financial services committee quietly passed a bill that could have a big impact on commercial real estate lending.

Dubbed the Preserving Access to CRE Capital Act of 2016, the bill would soften restrictions on CMBS issuance that are set to take effect in December. It still faces a vote in the House of Representatives – which may be a tall order in an election year. But if the bill passes, it would make a lot of real estate lenders — and borrowers — very happy.

A bit of background: In December 2016, new risk retention rules for CMBS issuers under the Dodd-Frank Wall Street Reform and Consumer Protection Act will take effect. The new rules require CMBS issuers to keep five percent of a loan’s value on their books – as opposed to selling all of it in the form of bonds. Issuers can pass this share on to B-piece bondholders, but only if the bondholders agree to not sell the CMBS for at least five years.