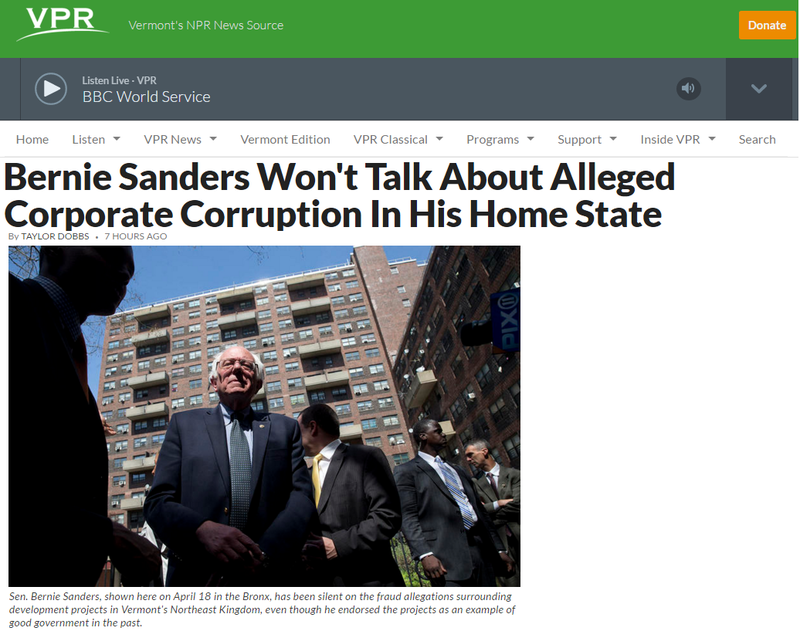 Virtually every prominent Vermont politician condemned the alleged multimillion-dollar fraud in the Northeast Kingdom after federal authorities charged the developers last week, but Vermonters have yet to hear what Sen. Bernie Sanders thinks about it – or how he might vote on a key reform bill.

Sanders, a Democratic candidate for president, has been silent about the fraud allegations and the federal EB-5 program, even though he endorsed the EB-5-funded projects as an example of good government in the past.

Sen. Patrick Leahy said last week that he hopes Congress will help him pass a bill to reform the federal EB-5 program that allegedly allowed Jay Peak owner Ariel Quiros and CEO Bill Stenger to dupe hundreds of foreign investors out of millions of dollars.

Leahy said his bill would help prevent that kind of fraud, but Vermont's other senator hasn't weighed in about Leahy's bill or the fraud allegations that surfaced nearly a week ago.

After landing at the Burlington airport Tuesday evening, Sanders briefly addressed reporters about his loss in the New York primary, and he refused to answer any questions about the EB-5 issue. 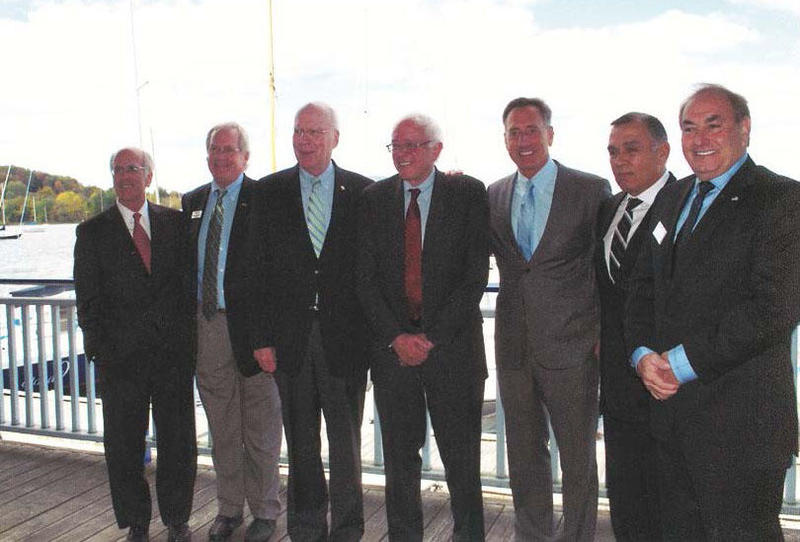 Sanders' lack of response to the scandal drew criticism from Rep. Sarah Buxton.

After seeing Sanders refuse to address the issue, Buxton took to Facebook to show her displeasure.

Sanders just asked by local reporter what he thinks of Leahy's EB5 reform plan and he says "Let me stay off that for now and focus on this election." Must be nice to be a big powerful Senator who picks and chooses which cases of fraud, greed, and ponzi-like schemes to rail against. I guess the ones that happen in your own back yard, using policies and programs you voted for aren't all that important? Looking forward to understanding how Bernie benefited from donations made from these crooks during his 2012 election. Bah!

Buxton has since deleted the post, but she elaborated in an interview Wednesday afternoon.

“I think it's disingenuous to rail against corporate America, and then play hooky for your responsibility ensuring that millionaires and billionaires keep their promises,” Buxton said.

While she openly supports Hillary Clinton, Buxton says this isn't just political positioning; she says issues like this are the reason why she supports Clinton.

“I think the times that we have to look at our two leading candidates in the Democratic field, it's important for us to review when those challenging moments are and ask how their performance measures up to our expectations,” she said.

Sanders has been focusing on the election since months before he dodged a question about the EB-5 scandal Tuesday evening.

In addition to losing the New York primary Tuesday, Sanders missed his 50th and 51st consecutive roll call votes in the Senate, according to Senate records.

"I think it's disingenuous to rail against corporate America, and then play hooky for your responsibility ensuring that millionaires and billionaires keep their promises." - Rep. Sarah Buxton, D-Tunbridge

Ted Cruz has faced criticism for his absence at the day job during this campaign, but even he has voted twice since Sanders cast his most recent vote on Jan. 12.

Sanders’ Senate office refused multiple interview requests for this story and refused to provide any information about the senator’s position on Leahy’s EB-5 reform bill.