Along with Singapore, Hong Kong is one of Asia’s main financial centres

Asia’s tycoons are wrestling with two threats to the continued wealth and wellbeing of their family businesses, say bankers in Hong Kong and Singapore, the continent’s financial hubs.

The first is how to diversify away from the stuttering Chinese economy, but the second is more fundamental: how to cope with the “enemy within”, in the shape of siblings scrapping to take over their parents’ hard-built enterprises.

The way in which leading businesses in Hong Kong are dealing with these challenges has transfixed wealth managers across the region. Li Ka-shing, one of Asia’s richest investors, has continued to buy foreign assets while restructuring his interests to ease succession planning, and the dust is beginning to settle after a family power struggle for the Sun Hung Kai Properties empire, owned by the Kwok clan.

“What keeps these patriarchs awake at night is succession to the next generation,” says Kevin Herbert HSBC’s co-head for private banking in north Asia, speaking from his 13th-floor office in the bank’s Norman Foster-designed building. “Our clients have multiple assets in multiple jurisdictions, so structuring this wealth has become just as important as development and management of assets.”

Despite their natural affinity for local initial public offerings and investment deals, Asian clients have “woken up to the opportunity” offered by the developed markets of the US, Europe and Australia, he says. 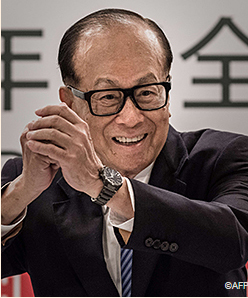 “Li Ka-shing may be selling assets in China, but he still holds a tremendous number of assets there,” Mark Mobius, chairman of the Templeton Emerging Markets Group, recently told a dinner gathering of private banking heads in Singapore’s Fullerton Hotel.

“Like any wise investor, he is diversifying; he is in Europe, the US and other parts of the world. But there is still an incredibly high amount of growth left in China.”

Many in the wealth management industry say the diversification trend is now unstoppable. “Families are diversifying their assets away from Asia to Europe. This is much broader than just a handful of tycoons in Hong Kong or mainland China,” says Toby Pittaway, who heads the Asia wealth and asset management practice at Oliver Wyman, the consultancy, in Singapore.

The shift is accelerating. Given the uncertainty around the renminbi, the Chinese currency, and the future for domestic stocks, more and more Asian investors are seeking advice on global portfolio diversification, he says.

In particular, Chinese households are looking for ways to exchange renminbi-denominated assets for US dollar holdings, says Ning Zhu, deputy dean at the Shanghai Advanced Institute of Finance (SAIF). Many, having used up their annual $50,000 foreign currency quotas, are turning to “internet financing companies” specialising in international investments, which are fast becoming China’s new wealth management platforms.

“Chinese wealth is still severely underdiversified in terms of both currency and geographical regions,” says Zhu. “But the market crash has shaken many domestic investors’ confidence in the regulators’ ability to deliver what they once promised.”

International banks are benefiting from this asset shift, he says. While domestic investments are seen as run of the mill, Chinese entrepreneurs and officials are becoming more willing to pay US and Swiss banks in Hong Kong to recommend allocations and give advice on investing overseas.

“Today, these clients are seeing these same kinds of opportunities in Spain, where there is significant rebuilding activity,” he says. 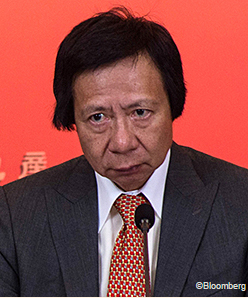 Swiss banks are doing brisk business with local clients in Hong Kong, some of whom spread their accounts between up to 40 private banks.

Vincent Duhamel, head of Asia for Lombard Odier, mentions one Hong Kong tycoon, who, despite taking high risks, has built up a successful business over three decades and has recently become a client of the bank, attracted by its safe, traditional image.

“We told him that we cannot compete with his returns, growing assets 30 per cent each year for 30 years,” says Duhamel. “But we can put a bit aside and give him a solid, but not excessive, return for a long period of time. The only guarantee is that we will still be here 30 years from now, and we will not allow any other activities to distract us.”

Asian businesses’ preference for buying property in southern Europe rather than investing their money in Greater China stems partly from the increasing unpredictability of the Chinese authorities.

“There are too many imponderables when the authorities start to intervene in the market,” says Roger Bacon, the Hong Kong-based head of managed investments for Asia at Citi Private Bank.

Recent market meddling includes the notorious “circuit breaker”, a mechanism designed to stop free-falling prices. It was triggered twice in one week at the beginning of January when stocks fell 7 per cent during a trading session. Rather than calming investors, traders panicked even more, the mechanism was suspended and Xiao Gang, chairman of the China Securities Regulatory Commission, the regulator, tendered his resignation. 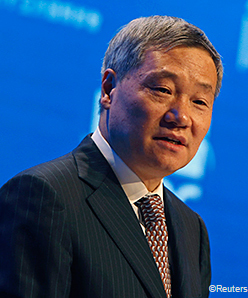 This follows last year’s reprimands to ICBC bank staff for hosting extravagant dinners, and the detention of a number of China’s business tycoons “to assist the authorities with their investigations”, according to the official line usually given.

“There is a new self-confidence, a badge of honour, mixed with a sense of entitlement among the princelings running China’s private equity funds,” says Anant Deboor, head of the Singapore office at The Partners branding consultancy, of the financial practices of the “Fuerdai”, Mandarin for China’s second generation of wealthy. “But sometimes there is a dark side to this.”

Some Asian asset managers, even in the relatively liberal Chinese special administrative region of Hong Kong, are ready to praise the harsh regulatory regime.

“Participants in ‘rat trading’ are being locked up,” says Peng Choy, chief executive of Harvest Global Investments, the international arm of one of China’s leading fund houses, referring to the practice of traders buying stocks on their personal accounts before a purchase for their asset management company.

“Some people think they can bribe their way up, but that is history and these are the people going to jail today. China is coming out of the old school as more and more international investors invest in the market and expect transparency.”

Choy is a fan of some of the mechanisms designed to control market movements, saying circuit breakers that limit stock price surges prevent retail investors from revelling in, what he calls, “intraday euphoria”.

But many commentators consider the regulators of these activities to be out of touch. “Chinese people do not trust the regulators, not due to their lack of fiduciary concern or because they think they are ill-willed, but because they are not educated or connected to markets,” says Charles Chang, a finance professor at SAIF in Shanghai.

He gives the latest austerity drive as an example. Over the past three years, government officials have been banned from taking part in education programmes at both domestic and foreign business schools, which are equated with pursuing a luxury lifestyle, says Chang.

“The irony is that these are exactly the type of people who need to be educated, but are now disqualified from these programmes. How are they supposed to learn why circuit breakers don’t work or how an IPO is registered and structured?”

This disappointment is echoed by institutional investors such as Alberto Forchielli, a prolific blogger and managing partner at Mandarin Capital, the private equity firm.

“The Chinese are disenchanted and think that the old bureaucracy that went into retirement with the current government was more capable than the one they have now,” says Forchielli, who describes the Chinese as speculative but prudent investors, prepared to spread their risk internationally. “As long as China offered higher marginal returns, they were willing to twist their portfolio more towards China, but now the game is over.”

Emigration has also contributed to the diversification trend. Many wealthy Chinese families regard the US, UK or Australian as desirable places to live, offering personal security, better-quality education for their children and a higher standard of healthcare.

Among the most popular emigration routes is the US EB-5 visa, which provides a green card for foreign nationals investing a minimum of $500,000 in US infrastructure projects.

“These investment projects are 100 per cent about getting the green card,” says Young Min Ban, director of the Delaware Valley Regional Center.

Ban spends three months of the year in Asia, working predominantly with mainland Chinese clients he matches to US job-creation projects in infrastructure.

As yet, it appears to be only the younger generation who want to emigrate. “From what I see, older wealthy Chinese do not want to leave. They use the EB-5 scheme to allow their children to continue in higher education,” says Ban, who estimates that there are at least 250,000 students from mainland China in the US. “Successful business people in their 40s like their life in China.”

Indeed, the lure of returns from business and investments in China will remain strong. The country has become one of the foremost destinations for Temasek, Singapore’s influential state investment company. Chinese investments account for 27 per cent of its S$266bn ($190bn) portfolio.

The fund was previously regarded as championing Singapore’s economy above others. However, some expect China to eventually overtake Singapore as its biggest investment market, buoyed by a new tier of start-up entrepreneurs, including a tech-savvy, returning diaspora.

“We think that China’s innovation, especially the internet business model, has taken the lead on a global scale and new advantages have arisen,” says Wu Yibing, Temasek’s head of China. He cites the “cutting-edge” positions of technology companies such as Baidu, Alibaba and Tencent.

“We believe there will be more and more global corporate champions emerging from China, such as Didi Kuaidi [the smartphone-based taxi service], in which we have invested.”

As much as these Asian institutions are searching for the next Facebook in Silicon Valley, they are also keeping their eyes focused on China. Missing the next Li Ka-shing would resonate for generations to come.