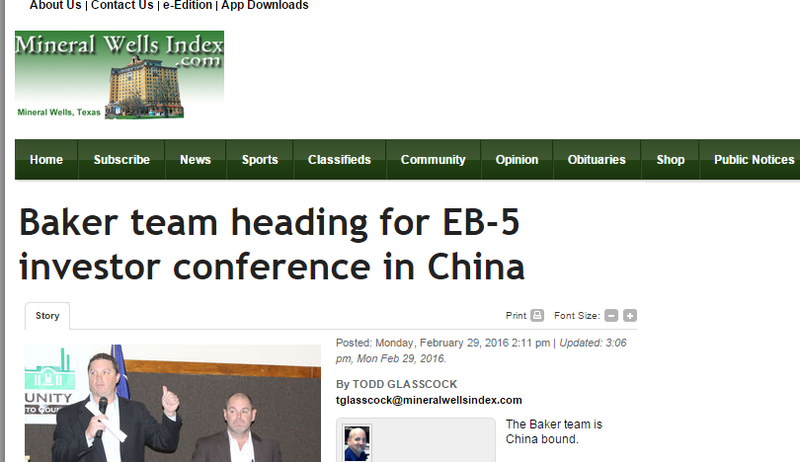 The Baker team is China bound.

“We now have an attractive project,” Chad Patton, project co-principal, said. “We're going to China to demonstrate we're willing to spend the time and money on it.”

Patton and co-principal Laird Fairchild, along with EB-5 project partner Pathways, will head to Shanghai next week for the 2016 Invest in America Summit, the largest trade show and conference of its kind in China, as a way to build relationships with potential investors.

Chinese investors make up the largest segment of the State Department's EB-5 investment program, which offers conditional U.S. residency for 24 months – and the opportunity to apply for permanent residency – to international investors willing to capitalize approved projects that boost local economies and provide jobs.

Pathways, based in Weston, Fla., specializes in matching investors with EB-5 projects, such as the Baker Hotel restoration. Pathways CEO Jeff Campion is slated as a VIP speaker at the conference.

To show potential investors its commitment to the project, Patton said the Baker team put in almost $8,000 of its own money for a booth at the conference, where they plan to present a high-quality video that captures a virtual tour of the property. The video was produced for about $40,000.

The two-day conference also gives the team an opportunity to meet face-to-face with immigration agents, who work with the international investors, Patton said.

The conference Web site notes as many as 400 immigration agents, along with as many as 20,000 investors and business executives, plan to attend.

Immigration attorneys serve as agents for the investors to find the right projects, Patton said.