Flow of ‘medical tourists’ from China to start early

Patients are expected to arrive in the midst of a project to convert a former factory in Auburn into post-surgical housing.

A banner announces the $50 million medical tourism project that’s planned for the former shoe factory at 81 Minot Ave. in Auburn. This site and an adjacent former police station have been sold to the Shengton Group of China. The investment group has nearly 200,000 square feet of building space.

Patients from China seeking care in Maine will begin arriving well ahead of the completion of a $50 million medical tourism project in Auburn, a spokesman for the project said Thursday.

Roland Miller, speaking at a business breakfast forum sponsored by the Portland Press Herald, said the plan to convert a former shoe factory on Minot Avenue into at least 100 upscale, post-surgical units for patients from China is moving ahead. More than 60 people from China already have visited the city – some as potential investors and others as prospective patients – as the effort gains momentum.

The project is the first of its kind in Maine. While medical tourism is a growing global industry fueled by people seeking less expensive or better quality care outside of their own countries, its arrival in Maine is part serendipity and part a function of wealthy Chinese looking for safe investments overseas.

“We are trying to create a barrier-free avenue for these people to come to Maine,” Miller said.

The $50 million project has applied for state and federal tax credits, a process that can be time-consuming, he said. But the shoe factory, formerly known as “the Barn,” and an adjacent former police station have been sold to the Shengton Group of China, which is operating as Miracle Enterprise. All told, the investment group owns nearly 200,000 square feet of building space.

Architects are drawing up plans for the complex, which is expected to be fully operational in about two years. 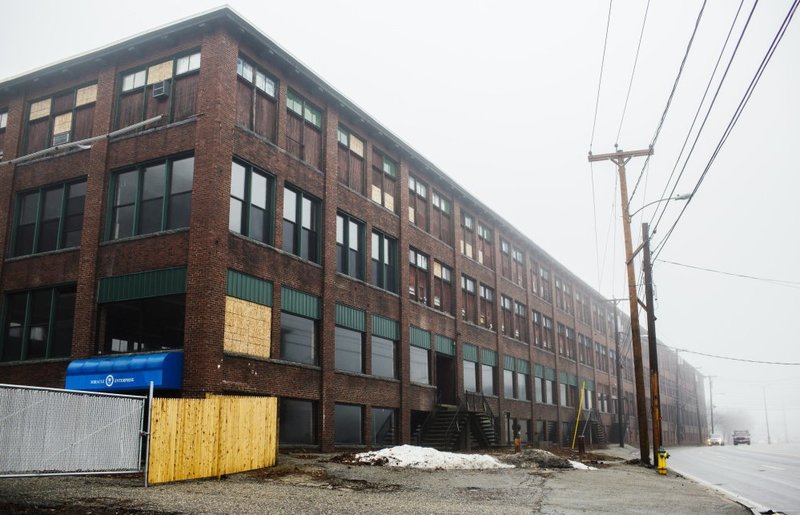 Plans are moving ahead to convert this former shoe factory at 81 Minot Ave. in Auburn into upscale post-surgical units.

In the meantime, Miller said, a few patients may start traveling from China to get care at Lewiston’s Central Maine Medical Center, a partner in the medical tourism project. That will require the Miracle Enterprises investors to find interim housing for those patients to receive post-operative care and a place to stay for follow-up appointments, he said. There’s no precise date for those visits to begin, Miller said.

The project is expected to be a boon for the Lewiston-Auburn region because of the renovation and re-use of the vacant buildings, and for the jobs that would be created as well as contracts with local vendors and service providers. Miller said the accommodations in the complex would be equivalent to “a five-star hotel,” with on-site nursing care and food service.

“We will be bringing a level of Chinese food to Maine that I doubt we’ve ever seen before,” he said.

The ownership model for the units in the complex is being worked out. Units could be sold as timeshares to patients, who would resell them if they no longer needed to come to Maine for medical care, or they could be sold as condominiums and rented out when not used by the owners.

Miller first started working on the project in 2014 when he was Auburn’s economic development director. He retired in November and is continuing to work on the project as a volunteer.

He said there’s some irony in that he spent 30 years trying to entice capital markets in China to invest in multiple Auburn economic development projects, yet little happened until the last year of his career.

But the genesis of the project had little to do with official investment pitches and more to do with the Chinese preference for doing business based on personal relationships, he said.

The idea was hatched at a dinner hosted by the principals in the Beijing investment group, Miller said, where the conversation turned to China’s overburdened health care system. Some Chinese, particularly the wealthy, seek medical care outside the country, and one of the dinner guests – the head of a large Chinese construction company – had been treated in Maine for cancer. His sister is a faculty member at Bates College and has been living in Lewiston for 27 years.

He spoke of his experiences in Maine, which led the principals to consider the medical tourism project, Miller said.

Aiding that decision is a changing economy in China, where 1.4 billion people live and work, creating a growing middle class hungry for goods and services. Other forum participants – Janine Bisaillon-Cary, head of the Maine International Trade Center, and Suzanne Fox, a consultant who has worked to develop business and educational relationships with China for 30 years – said recent turmoil in Chinese markets and currency fluctuations are prompting wealthy Chinese to look for investment opportunities outside the country. Maine can benefit from that by virtue of its proximity to Boston and its beautiful natural environment.

“We take these things – clean air, clean water – for granted,” said Fox, who said the air in China was brown during her most recent visit.

MAKING USE OF FEDERAL VISA PROGRAM

Another indicator of Chinese interest in the United States is its use of the federal EB-5 visa program. The program expedites the citizenship process of foreign nationals willing to invest $500,000 or more in U.S. projects that create jobs. A green card process that can take 10 years could be cut down to 30 months through the program.

John Endicott, an official with the Finance Authority of Maine, also was a panelist at the forum and said Chinese already have invested $15 billion in U.S. projects through the EB-5 program. Endicott is heading up an effort to get a regional center to administer an EB-5 program in Maine. He said the state hopes to learn this fall whether it will be granted approval to operate a regional center, which could issue permanent residency visas to investors.

The visa program has been used widely in Vermont, where it has generated $500 million in investments, primarily in the state’s ski resorts, along with $500 million committed to projects in coming years, according to officials with the Vermont Agency of Commerce and Community Development.

Miller said the investors behind the medical tourism project don’t need the EB-5 program for their financing, but it could be helpful to obtain work permits for professional staff.