The U.S. Securities and Exchange Commission is expanding a crackdown on a little-known program to dole out visas to wealthy foreigners in exchange for investments that generate jobs.
The SEC is preparing sanctions against as many as two dozen immigration lawyers, people familiar with the matter said, for collecting deal fees from foreign investors trying to access the EB-5 visa program, which grants U.S. residency for $500,000 investments that create 10 jobs. 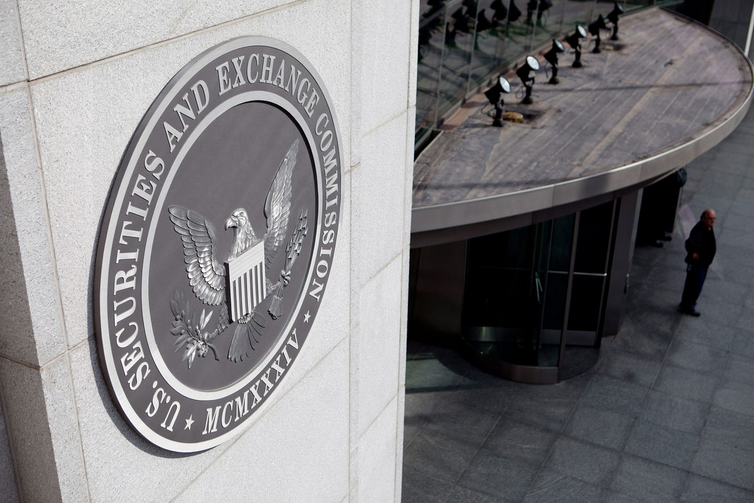 The lawyers were prohibited from earning transaction fees because they weren’t registered as brokers, according to the people, who asked not to be named because the investigations aren’t public.
The EB-5 program has been scrutinized by federal agencies in recent years for potential security risks and investment fraud. The SEC has taken action before. The agency halted an alleged $158 million fraud in 2013 in which a Chicago man duped almost 300 investors into believing that they would win visas by backing his project to build a hotel. The project never came to fruition and the promoter was indicted last year.
The program, more than two decades old, has been criticized for failing to create jobs. In a 2014 report, the inspector general for the Department of Homeland Security found that administrators were unable to show that the EB-5 program was boosting the U.S. economy.
“It’s not been demonstrated that it does much to create jobs, it’s given rise to a lot of questionable schemes, and it’s very complicated,” said David Martin, a law professor at the University of Virginia who has served as general counsel to the Immigration and Naturalization Service.
Soaring Visas
The number of EB-5 visas issued by the U.S. has soared recently. The U.S. Citizenship and Immigration Services Office gave out 10,692 of the residency permits in fiscal 2014, according to the State Department. That was a 25 percent increase from a year earlier and was more than 10 times the number issued in 2007. Chinese investors accounted for more than 85 percent of the EB-5 visas issued last year.
The EB-5 program was signed into law in 1990, while the U.S. economy was in a recession. Over the next two decades, Congress tweaked the program several times, generally with an aim of making easier to get the visa.
When President Barack Obama took office in 2009, his administration sought to make greater use of the program to create jobs and spur growth after the financial crisis had smothered new investments.
Regional Centers
Under the program, U.S.-based companies can work with a regional center, which helps identify foreign investors, or their lawyers, to finance development projects. The centers then prepare the investors’ visa-application for the federal government’s review. Some of the centers are run by government entities, while others are run privately for profit or are set up by the project itself.
Once a commitment of at least $500,000 is made to a project, the investor -- along with spouse and children -- qualifies for a two-year green card after passing security checks and proving the money wasn’t obtained illegally.
After two years, the investor can petition the government to become a permanent resident. At that point, the Citizenship and Immigration Services agency must certify that 10 jobs have been created or saved.
The most recent SEC foray into the program involves immigration lawyers who helped find investors for the regional centers. If they are paid a fee for doing so, they may be running afoul of securities laws, which require anyone accepting a fee for facilitating a private securities transaction to be registered as a broker.
The lawyers could face financial penalties as well as a suspension or ban from working in the securities industry. SEC spokesman Kevin Callahan declined to comment.
To contact the reporter on this story: Alan Katz in Washington at akatz5@bloomberg.net
To contact the editors responsible for this story: Sara Forden at sforden@bloomberg.net; Joshua Gallu at jgallu@bloomberg.net Joshua Gallu