How Efforts to Overhaul Visa Program Failed on Capitol Hill 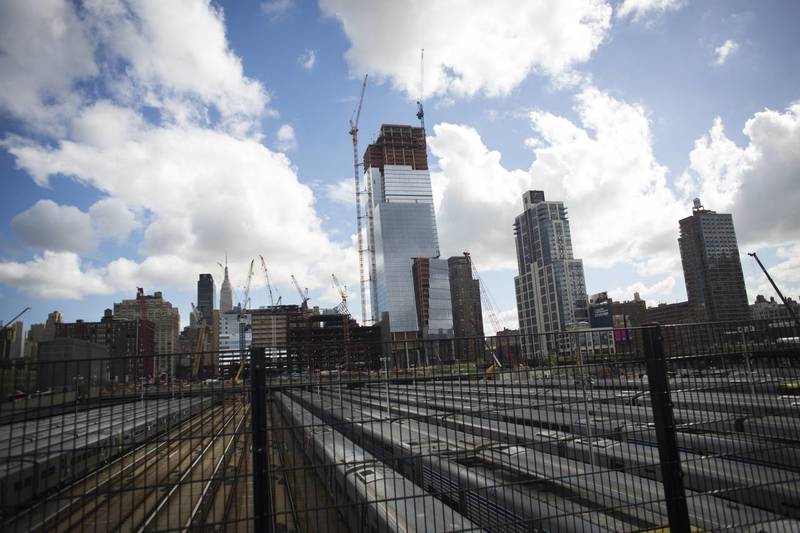 The Hudson Yards complex in New York is one of the developments that has used the EB-5 program to attract investors.​

For more than a year, U.S. Sen. Charles Grassley had been pushing to overhaul a controversial program that gives green cards to foreigners who invest at least $500,000 in certain businesses. So when congressional leaders last week moved forward with a 10-month extension of the so-called EB-5 program without any changes, the Iowa Republican was less than pleased.

“Maybe it is only here on Capitol Hill—an island surrounded by reality—that we can choose to plug our ears and then refuse to listen to commonly accepted facts,” he said in a 33-minute diatribe on the Senate floor Thursday. The program, he said, is “riddled with flaws and corruption.”

Despite broad agreement that EB-5 is in need of changes amid mounting allegations of fraud and abuse, lawmakers last week failed to reach an accord over just how to go about reform. Among the contested issues was a change—urged by Mr. Grassley and strenuously resisted by real-estate developers—that would have made it harder for luxury projects to benefit from a provision meant for economically ailing neighborhoods. In addition, developers worried about a provision that would have disrupted some EB-5 financed projects already under way, people briefed on discussions said.

But the prospects of an agreement on an overhaul could grow harder still in coming months, as investors and real-estate developers have been piling into the program at record pace, adding to the list of those who may balk at changes.

As of Sept. 30, there were 17,367 pending applications of investors who had committed to EB-5 projects, up from 12,453 a year earlier, according to the U.S. Citizenship and Immigration Services, the program administrator. Given that just 10,000 visas a year are allocated to EB-5—and that the typical investor secures visas for two additional family members—that means the pending applications account for four to five years of backlog.

Numerous new high-profile developments have come into the program recently, including the planned tower at 2 World Trade Center in Manhattan, for which developer Silverstein Properties Inc. is ultimately seeking $500 million in EB-5 funding.

Meanwhile, concerns about fraud are rising. The U.S. Securities and Exchange Commission has filed numerous lawsuits in recent months accusing various lawyers and others involved in EB-5 of failing to disclose conflicts to investors and of using money meant for a business for their personal gain.

EB-5 professionals expect fraud and other abuses to continue until changes are made because of the flaws inherent in the program’s structure.

“You have a golden opportunity for Congress to address these issues and at the end of the day, they chose to do nothing,” said Michael Gibson, managing director of USAdvisors.org, which advises immigrant investors on EB-5 projects.

Up until last week, Mr. Grassley and allies including Sen. Patrick Leahy (D., Vermont) thought they had enough support to push through an overhaul meant to address fraud and to restrict the widespread practice in which developers in prosperous neighborhoods benefit from a provision of the program meant for high-unemployment areas.

But developers, particularly a set of influential New York-based builders who have reaped substantial savings from the program, pushed back hard. With aid from the Real Estate Roundtable and the U.S. Chamber of Commerce, they engaged in a flurry of lobbying, winning allies including Sen. Charles Schumer (D., N.Y.), whose office gave large developers updates on progress, according to people familiar with the matter.

As concerns grew over how to grapple with the large, growing backlog, it was clear all sides couldn’t be satisfied, and Mr. Schumer and Sen. John Cornyn (R., Texas), pushed for a 10-month renewal, people familiar with the discussions said.

“Hopefully, the recent EB-5 extender will allow the entire program to be publicly vetted,” said Angelo Roefaro, a spokesman for Mr. Schumer. “The extender allowed us to avoid any unintended consequences that might be unfair to urban areas while reforms are openly discussed.”

Mr. Grassley had a different take, saying in his speech on the Senate floor, “this is how work of several years ended—a reform blocked by selfish interests.”

Clearly angered, Mr. Grassley suggested he may change his approach on the program.

“Now I’m not so sure reforms are possible,” he said. “It may be time to do away with EB-5 completely.”