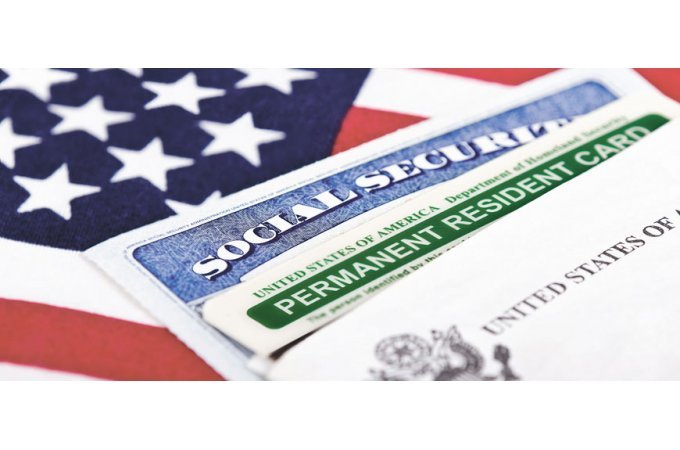 Many Indians dream of a life in the US. To become a permanent resident, however, one needs a green card which is not easy to get. Anurag Mehra, director of ISA, an immigration and settlement services company, says, “It usually takes 7-10 years even for H-1B visa holders. Getting H-1B itself is getting tougher.” Between 2005 and 2015, Indians were the biggest applicants for green cards (91 per cent of them held H-1B visas), clocking 2,79,176 applications.

This is why the EB-5 visa route is worth considering. Under this programme, individuals with their spouses and unmarried children under 21, can apply for a permanent residency. Here’s what one needs to do — invest a certain amount of money in a commercial enterprise and create at least ten permanent full-time jobs. There are 10,000 such visas up for grabs for foreigners every year.

Deploying Capital
Investment can be made directly into a commercial enterprise or routed through regional centres — private entities set up as economic units, approved by United States Citizenship and Immigration Services (USCIS). Regional centres have their own infrastructure projects as well as they tie-up with other developers. Mehra says, “Responsibility of such units is to mitigate the risk by first identifying good quality developers, making sure that all regulatory approvals are in place and understanding the financial viability of the project.” Direct investment suit those looking at a hands-on experience of running a commercial enterprise, while for others going through regional centres is a better option. Nearly 90 per cent of EB-5 investment is through such units. As on 8 September 2015, USCIS had approved approximately 732 regional centers. Clearwater Beach Regional Center, run by philanthropist and developer Kiran Patel in Florida, is raising EB-5 capital to finance the construction of Wyndham Hotel in Florida.”

Application Process
There are two steps in applying for a EB-5 visa. According to Mehra, “One is the green card application and second is documentation for the investment. Regional centres facilitate the entire process and ensure the two are linked.” Patel says all applicants have to provide “source of funds verification, documentation and proof of identity, Income Tax Return and bank statement for five years.”

The application process starts by submitting Form I-526 along with the requisite amount. Once approved, Form I-485 has to be filed which when accepted, the EB-5 investor including family members is granted conditional permanent residency for a two-year period. Mehra says, “Typically, in 12-18 months, green card is issued. If not, money is refunded.”

Conditional Go-ahead Now, even after a green card is issued, it’s conditional for a period of two-years. In these two years, the conditions primarily relate to creation of jobs need to be met and the investor has to prove the fulfilment of conditions by submitting Form I 829. Patel says, “Most important element in the entire EB-5 Visa process is to remove the conditional permit to a permanent green card.”

The refund of capital after five years may not be an explicit part of the agreement, but a developer can, once the project gets completed. “After five years, there may be a possibility that the initial capital is returned back,” says Mehra.

Suitability
The EB-5 visa works well for those — who have the financial ability — considering sending their children abroad for studies. There is a strong case for such individuals according to Mehra. “For studying abroad, international students pay almost double or triple the fees that domestic students pay. So if someone invests in the EB-5 visa and doesn’t get back anything, even then there is a return on investment (ROI), if you include the benefit for your children especially in higher studies. International students are not eligible for federal aid as domestic students including holders of green card.” Making the right moves at the right time after proper evaluation and planning could not only help one settle aboard but save a sizeable amount too.

What It Does For The US
Started in 1990 with the objective of bringing in foreign capital, infrastructure funding and creation of jobs, the programme is increasingly becoming popular. Last year, the maximum allowable visas were issued under the programme. The funding is primarily going into infrastructural projects including construction of hotels, schools, technology centres and nursing homes across the country. According to a Brookings Institution estimate, the programme has directly created at least 85,500 jobs since its inception. After a slow start, as per few reports, since 2008, EB-5 has attracted $11.92 billion of foreign investment. Between 2010 and 2013, the programme contributed $9.62 billion to the economy while supporting an average of 29,300 jobs per year. In 2013 alone, foreign investors pumped in $1.6 billion into the US economy under this programme. Nearly $3.25 billion in investment funds has been raised in the first three quarters of financial year 2015 and as per reports, there is an additional $6.5 billion in the pipeline pending government approval.

Watch Out
Like in any other investment, there is risk in this too. A close look at the background of promoters of regional centres including the approval for their projects is a must. Patel says, “A thorough due diligence must be done by asking for all documentation regarding the project and also checking the promoter and his background.” To be qualified as a designated regional centre that can attract EB-5 capital, USCIS has to approve the Form I-924 (Form I-924A every year to demonstrate continued eligibility), which is a request to designate a specific regional centre as a qualifying participant in the Immigrant Investor Programme. The approval mentions and defines the geographical area, capital to be raised, number of maximum investors, objective of capital, project name, competition time, jobs to be raised, etc., and hence a close look at such an approval letter should be the starting point for any investor. Some of the regional centres even after getting the approval may come under close-watch by US authorities. A few of them are banned too. As per a news report in LA Times, the government was investigating 59 cases of suspected fraud involving the regional centers in May 2015.