New York Has More Hotel Rooms Than Ever, but Industry Suffers

New York is one of the top global destinations for business and leisure travelers. And the city’s hotel sector has been booming for years. However, too many hotel rooms coming online makes the business outlook gloomy, according to experts.

New York has been an attractive destination for hotel investors and developers in recent years. The city’s hotel room inventory has increased by 60 percent in the last 10 years and currently stands at 115,000.

There will be 31,000 new rooms coming online in New York in the next few years according to Michael Meyer, president of F&T Group. This implies a more than 25 percent growth in room inventory.

In addition to the oversupply of hotel rooms, a strong dollar, and a weak global economy are expected to cause cutbacks on leisure and travel spending. 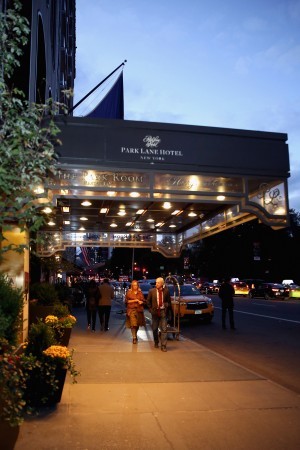 The city’s hotel room inventory has increased by 60 percent in the last 10 years.

New York hotels have already seen the signs of a slow down in revenue. During the third quarter, revenue per available room (RevPAR) in New York grew just 0.6 percent, lagging behind the 5.9 percent U.S. average, according to STR, a research company that tracks supply and demand data for the hotel industry.

Asian investment in U.S. real estate and hotels has skyrocketed in the past few years. Chinese companies have invested $11 billion in real estate and hospitality across the United States, according to research company Rhodium Group. New York has gained the lion’s share drawing more than 55 percent of that investment.

Chinese investment in New York real estate and hospitality already reached $2.8 billion in the first nine months of 2015. With China’s anti-corruption campaign, economic slowdown, and market volatility since August, Chinese are increasingly looking to get their money out of the country. Analysts thus project that Asian cross-border investment in U.S. hotels and real estate will continue to increase.

Many Chinese investors want to qualify for an EB-5 investor visa in the United States. Investing in hotel development through a regional center can create enough jobs to satisfy the EB-5 requirements.

Over the last year, 90 percent of EB-5 applications came from Chinese citizens, according to immigration lawyer Stephen Yale-Loehr. 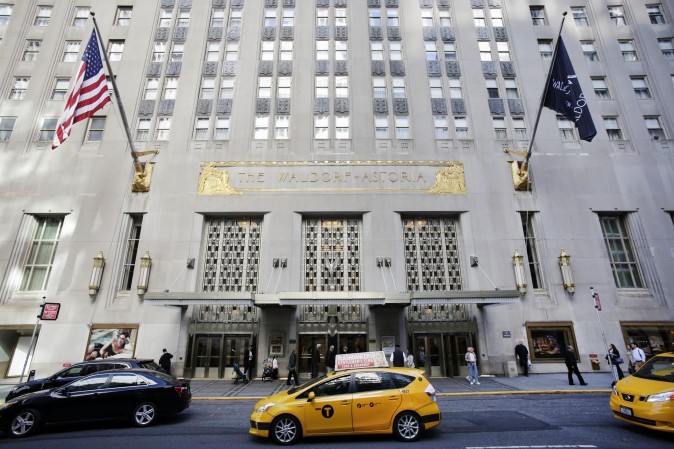 The Waldorf Astoria Hotel in Midtown East in Manhattan on Oct. 6, 2014. The historic hotel was sold to a  Chinese insurance company called Anbang Insurance Group in February 2015.

Bankers and Investors Are Concerned

Financing hotel development projects has become a concern for bankers and investors. Rising interest rates will also make hotel construction and renovation expensive. And this ultimately will make debt servicing more difficult, according to experts.

“We are seeing a pushback from bankers and equity investors. If bankers are not enthusiastic to lend, that’s not a good sign. I am not optimistic,” said Sam Suzuki, CEO of Suzuki Capital, a real estate investment and development firm.

If bankers are not enthusiastic to lend, that’s not a good sign. I am not optimistic. — Sam Suzuki, CEO, Suzuki Capital

Since access to bank loans is getting harder, developers are using the EB-5 money more as a new source of financing.

“It is now normal to see an EB-5 money stack in your capital financing,” said Suzuki. Through EB-5, Suzuki estimates the equity portion of the financing of most projects has jumped from 40 percent to 55 percent.

As another solution to overcome the shortage of financing, developers are moving more toward mixed-use projects, which is appealing to bankers.

Flushing, the commercial center of Queens in New York City and the most popular destination for Asian immigrants, has become very popular for hotel investors.

Due to short supply of rooms, Flushing hotels are still enjoying high occupancy rates. One of them is Hyatt Place Flushing, which opened in 2014. The hotel has 168 rooms and it is the first Hyatt-branded hotel in Queens.

“Year to date occupancy was 94 percent. And average daily rate was $220. … We are more protected [than the rest of New York] because of penetration,” said Meyer, who is the developer of Hyatt Place. Average year-to-date occupancy in New York hotels was 84 percent according to STR’s report. 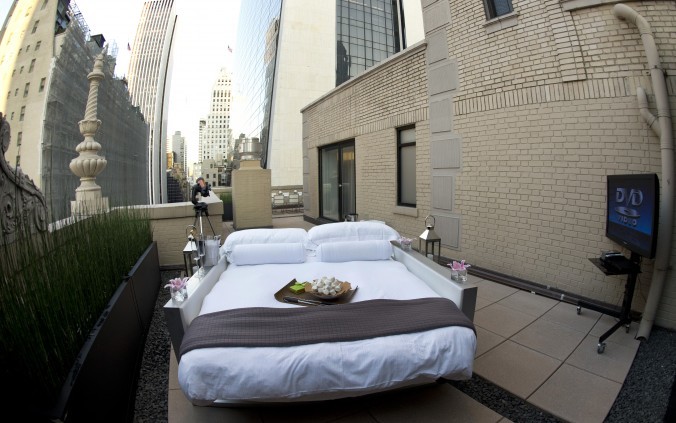 Experts believe independent boutique hotels are the most vulnerable to economic downturns. “They are vulnerable, unless they have a great design or a restaurant that makes them a destination,” said Meyer.

In the hotel business, we are also subject to tragic events. — Sam Suzuki, CEO, Suzuki Capital

“In the hotel business, we are also subject to tragic events, such as Hurricane Sandy. A hurricane can destroy our business. I had to sell four hotels after September 11. Our occupancy rate dropped from 96 percent to 25 percent due to September 11. This had nothing to do with the property itself, it all had to do with the market,” said Suzuki.

Considering the economic environment and the limited investment opportunities in China, Chinese investors will continue to stash their cash in New York real estate and hotels—which will deepen the oversupply problem.

“There is a huge supply. In the next downturn some of the hotels that don’t have a strong brand to support occupancy will face a lot of problem,” said Cohen.

The average daily rate for New York hotels has fallen from $264 in 2014 to $249 in 2015 year to date, according to STR. The occupancy rate has stayed flat at 84 percent. The question going forward is whether hotels will continue to lower rates to compete with 31,000 additional rooms and maintain high occupancy.