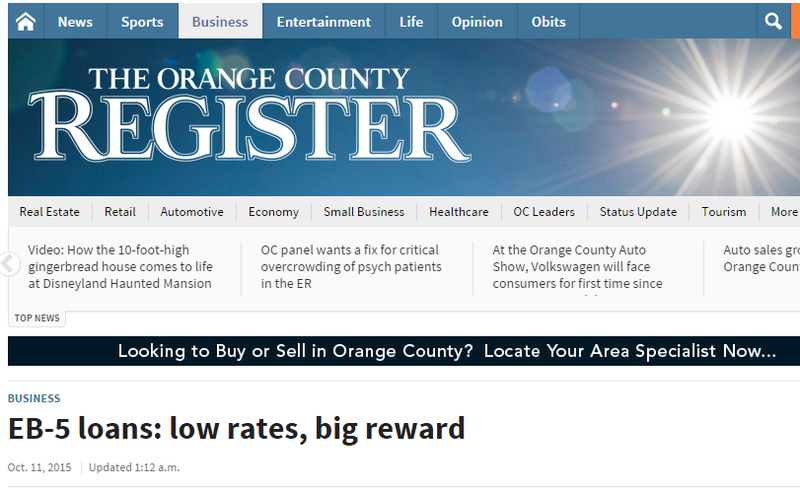 In some cases, the investor gets an ownership stake in a property, as with the Orange Medical Plaza, an office building across from St. Joseph Hospital being built with $5 million in EB-5 investments.

Most typically, though, the EB-5 investment serves as mezzanine financing, or a subordinate loan that fills the gap between a company’s senior debt and its equity.

In those cases, investors get their money back, with a low return, after they get their permanent green cards – a process that takes up to five years.

Because investors’ primary concern is getting a green card, they’re willing to accept low interest rates, usually for less than 1 percent a year.

Developers typically pay 4 percent to 6 percent in interest on such loans, including fees to “regional centers” that act as go-betweens for the developers and investors and commissions to “migration agents” who recruit investors overseas, said Gary Friedland, a lecturer and research scholar at New York University.

Wealthy foreigners can go directly to regional centers, which funnel investor money to developments. But most commonly they find investments through overseas migration agents, websites and by attending EB-5 “road shows,” in which multiple projects are pitched.

To get such financing from conventional sources such as banks, developers typically pay from 11 percent to 15 percent, Friedland said.

“For many projects, it is for profit enhancement,” he said. “The downside to the EB-5 money is it takes much longer to raise because you have to go to the overseas migration agent, and that takes time.”

For many developers EB-5 investments are just a slice of how they pay for their new hotels, apartment buildings and condos.

For the Pasea Hotel in Huntington Beach, the $14.5 million raised from foreign investors is covering just 13 percent of the project’s $115 million price tag, developers say.

For the Orange Medical Plaza, the $5 million in EB-5 investments represents 100 percent of the project’s cost.