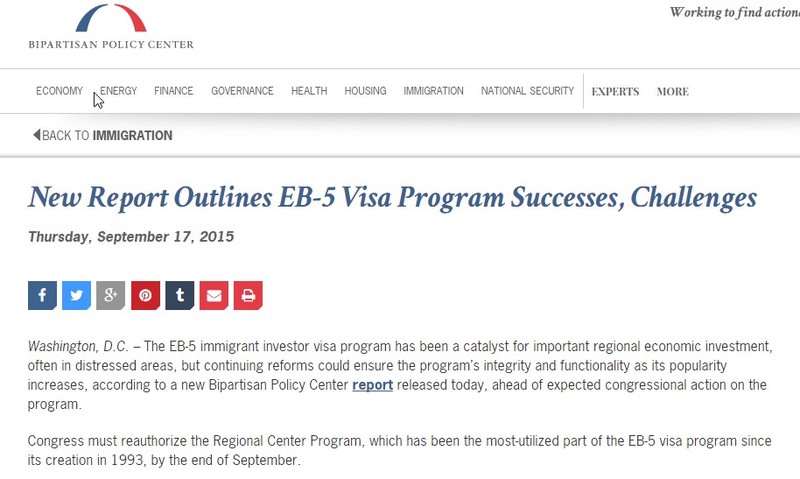 The EB-5 immigrant investor visa program has been a catalyst for important regional economic investment, often in distressed areas, but continuing reforms could ensure the program’s integrity and functionality as its popularity increases, according to a new Bipartisan Policy Center report released today, ahead of expected congressional action on the program.

Congress must reauthorize the Regional Center Program, which has been the most-utilized part of the EB-5 visa program since its creation in 1993, by the end of September.

“The EB-5 program is clearly not going to be the primary solution for the country’s most expensive and critical development needs,” said Theresa Cardinal Brown, BPC’s director of immigration policy. “However, with the right reforms and safeguards, this program offers significant opportunities for regional economic development, especially in communities hard-hit by the Great Recession.”